The administration has proposed changes to the popular law. 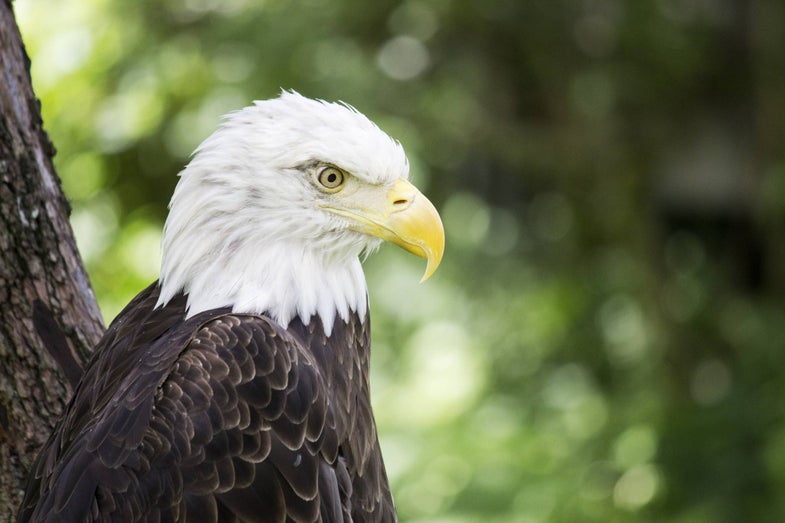 Last Thursday, the Trump administration announced a proposal to cut provisions in the Endangered Species Act (ESA)—the law that for almost half a century, has protected plants and animals at risk of extinction. The law has broad and bipartisan support across the country, with around 80 percent of Americans expressing their support for the law.

Announced jointly by the U.S. Fish and Wildlife Service and the National Oceanic and Atmospheric Administration—the two agencies that govern the ESA—the proposed changes aim to “improve collaboration, efficiency, and effectiveness,” but those opposing the proposal argue that it may leave some plants and animals more vulnerable.

For conservationists, one of the most concerning changes is striking out language that previously prevented economics from factoring in on decisions to protect species. As the act stands now, how to best preserve a vulnerable habitat is based purely on scientific data, not cost. Some worry that removing this rule could give businesses the go-ahead to develop near protected habitats. In addition, the new proposal means threatened species would no longer be extended the same protections as endangered ones—threatened species would be assessed on a case-by-case basis.

“Species are literally of infinite value, they’re priceless. It shouldn’t be a question of cost,” says Bob Dreher, senior vice president for conservation programs for the nonprofit organization Defenders of Wildlife, regarding the allowance of economic consideration into the fate of a vulnerable plant or animal.

“Although a number of these regulatory changes may be fairly minor and may make sense, there’s virtually nothing we see in this package that actually enhances protection of endangered species,” he says. “And there are a number of provisions that may leave species exposed to threats. It really isn’t a package of regulations an administration that really cared about endangered species would be putting out.”

Right now, the ESA protects more than 1,600 plants and animals at risk of extinction, or at risk of becoming endangered. The act has been criticized in the past for delisting animals who still may be in need of protection, but the act has also helped more than 50 endangered or threatened species recover by protecting and restoring habitats, monitoring at-risk species, creating captive breeding programs, and reintroducing animals into the wild.

Here are 10 plants and animals the ESA has helped pull back from the brink.

These wide-winged birds of prey were plentiful in 1782 when the U.S. first adopted the animal as our national symbol. But the bald eagle population plummeted after World War II when the highly toxic DDT pesticide was introduced. Birds were inadvertently ingesting DDT, weakening adults and causing them to produce feeble eggs. By 1963, only 417 breeding pairs were left in the lower 48 states.

The bald eagle was one of the first species protected under the Endangered Species Preservation Act (a precursor to today’s ESA). In 1972, the Environmental Protection Agency banned DDT. The ESA was officially in place the following year, and the federal regulations protected nesting sites and helped repopulate the species through captive breeding programs. Bald eagles were taken off the list of threatened and endangered species in 2007. There are now almost 10,000 breeding pairs in the lower 48 states today.

It’s hard to imagine a predator at the top of the food chain threatened by anything. But in 1975, grizzly bears living in the Greater Yellowstone Ecosystem—spanning parts of Wyoming, Montana, and Idaho—were listed as a threatened species.

Decades of logging, mining, and land development destroyed bears’ habitats, and the great creatures were often hunted for sport or killed when spotted on human land. By 1975, there were less than 200 bears left. Conservation efforts have brought the grizzly population in Yellowstone National Park back up to 700. After 42 years on the threatened species list, the bears were officially deemed recovered and delisted in 2017. But with no protections outside national parks, critics of the delisting have argued bears will be susceptible to all the same dangers that cut down their population in the first place.

Like grizzly bears, gray wolves struggle to coexist with humans. At one time, wolves were as common as domestic dogs are today—sadly, these pack animals were always considered villains, not man’s best friend.

Although wolf attacks on humans were rare, the yellow-eyed canines would pick off unsuspecting livestock during the night, infuriating ranchers. Wolves were trapped, poisoned, or shot, hunted almost to extinction. By 1920, there were less than 40 left, and only a few packs persisted in Minnesota and on Isle Royale in Michigan. The species didn’t receive protection until the ESA was enacted in 1973.

By the ‘90s, the U.S. Fish and Wildlife Service had brought wolves in from Canada to begin reintroduction. Wolves were delisted in 2008, but a surge of wolf shootings in the Rocky Mountains just two months later resulted in a federal lawsuit to put wolves back under the act’s protection. The courts ruled in favor of the wolves, and by fall of 2008, they were back on the list of endangered and threatened species. In 2017, the wolf population was considered recovered, and delisted for the second time.

Known for their melodic whale songs and beautiful breaches, the openness of these colossal creatures may have led to their demise. Because of their massive size and tendency to lounge near the surface of the water, humpback whales were easy prey.

The commercial whaling business almost wiped out these sea creatures completely, leaving only a few thousand alive worldwide. In 1966, hunting humpback whales was banned, and a few years later, the species was listed as endangered under the Endangered Species Conservation Act, another law that preceded the ESA. Humpback whales were delisted in 2016, and around 20,000 are singing under the sea today.

When we think of endangered species, it’s easy to focus on all the beloved animals that roam the earth. But there are many wild plants at risk, too. In 1997, Helianthus eggertii—a bright, yellow flowering plant indigenous to Tennessee, Alabama, and South Carolina—was listed as a threatened species.

What jeopardized this tall flower’s survival is also a threat to human habitat: wildfire. Because these plants grow in such barren environments, they rely on wildfires to propagate. But of course, raging outbursts of flame are no good for humans, and fire suppression efforts made it difficult for these already rare plants to persevere. Put under the ESA’s protection in 1997, the species was able to recover through restorative burns in secured areas. Now 287 populations of the rare sunflower exist, and the plant was listed as recovered in 2005. 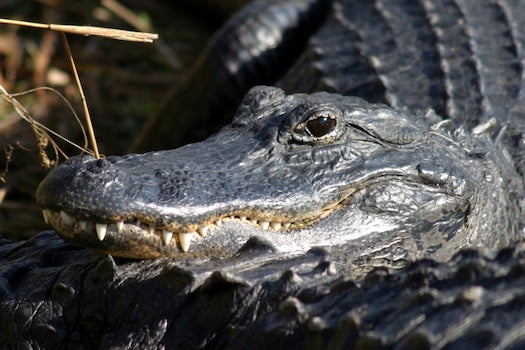 Alligators keep growing throughout their lifetime, with the longest alligator measuring in at almost 16 feet.

Alligators managed to survive and thrive for millions of years—until humans came along. Like wolves and whales, alligators were almost hunted to extinction. Found in the swampy, southern states, the alligator population was almost decimated due to unregulated hunting. In 1967, alligators were listed as an endangered species, and alligator hunting was prohibited under the newly formed ESA in 1973.

Twenty years later, the alligator recovered, making one of the act’s quickest comebacks. Now a species of least concern (there are around five million gators in the U.S. today), alligator hunting has been made legal again.

This striking daisy-like flower was the second plant (following the evening primrose) to be put on the endangered species list in 1979. It only existed in one place in the world: a 14-mile stretch of limestone cedar glade (also an endangered ecosystem) near Nashville, TN. Ripe with aromatic red cedar trees growing atop a bed of limestone, this otherworldly area is full of fissures where the purple coneflower grows. As Nashville developed, the species and its habitat became threatened. A conservation plan was implemented, and through protections of the ESA, the plant was recovered in 2011. This plant is now plentiful, and you can even buy seeds and try growing it yourself.

The story of the fastest bird in the world parallels the one of the bald eagle. Falcon numbers were already on the decline due to loss of habitat, hunting, and egg collecting, but it was the pesticide DDT that really did in these kings of the air. By the ’60s, no peregrine falcons existed in the eastern U.S., and in 1970, the species was listed as endangered.

Protected under the ESA, the birds were successfully bred in captivity and reintroduced into the wild. The peregrine falcon was delisted in 1999, and there are around 3,000 breeding pairs in North America today. 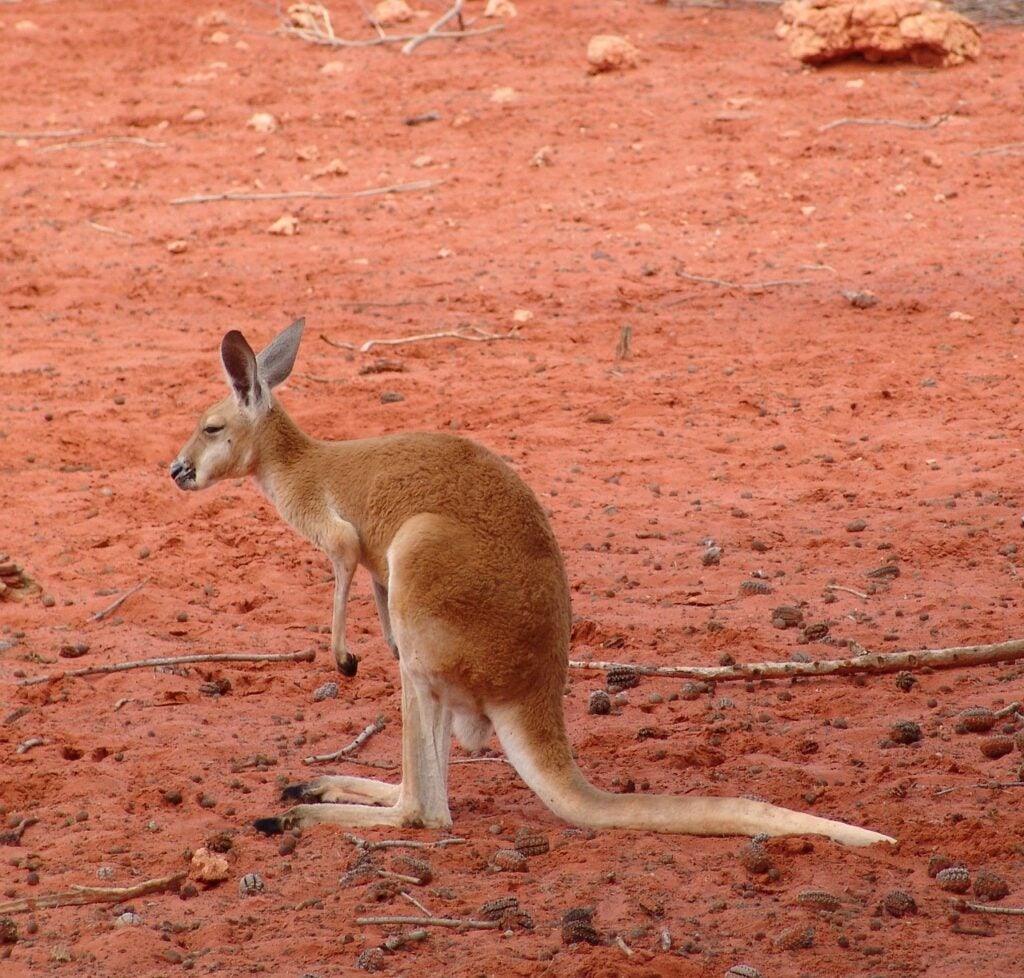 Red kangaroos are the largest marsupials in the world, and can jump nine meters.

It’s not just animals on American soil the ESA has helped recover. Found in Australia, the red kangaroo is sought after for its meat and hide. Now, the mammoth marsupials are so plentiful that kangaroo hunting in Australia is considered sustainable. But in 1974, excessive hunting put the them on the endangered species list. Shortly after, the ESA aided conservationists overseas by putting a ban on all imports of kangaroos or kangaroo-derived products. The species moved from threatened to recovered, and was delisted in 1995.

It seems like squirrels are always just a stone’s (or perhaps peanut) throw away, but those that fly through the air at night are rare. There once was no shortage of coniferous tree tops in the Appalachian Mountains to glide between, but deforestation quickly pushed the squirrel species to near extinction.

Put on the endangered list in 1985, the flying squirrels were thought to have recovered in 2008, but were put back under protection in 2011. In the months after its reinstatement, conservation efforts made to regenerate forests led to a restoration of the species, and by 2013, the flying squirrel was officially declared recovered.