A pack of wolves is about to save this national park

With any luck, a boatload of predators is headed to Isle Royale. 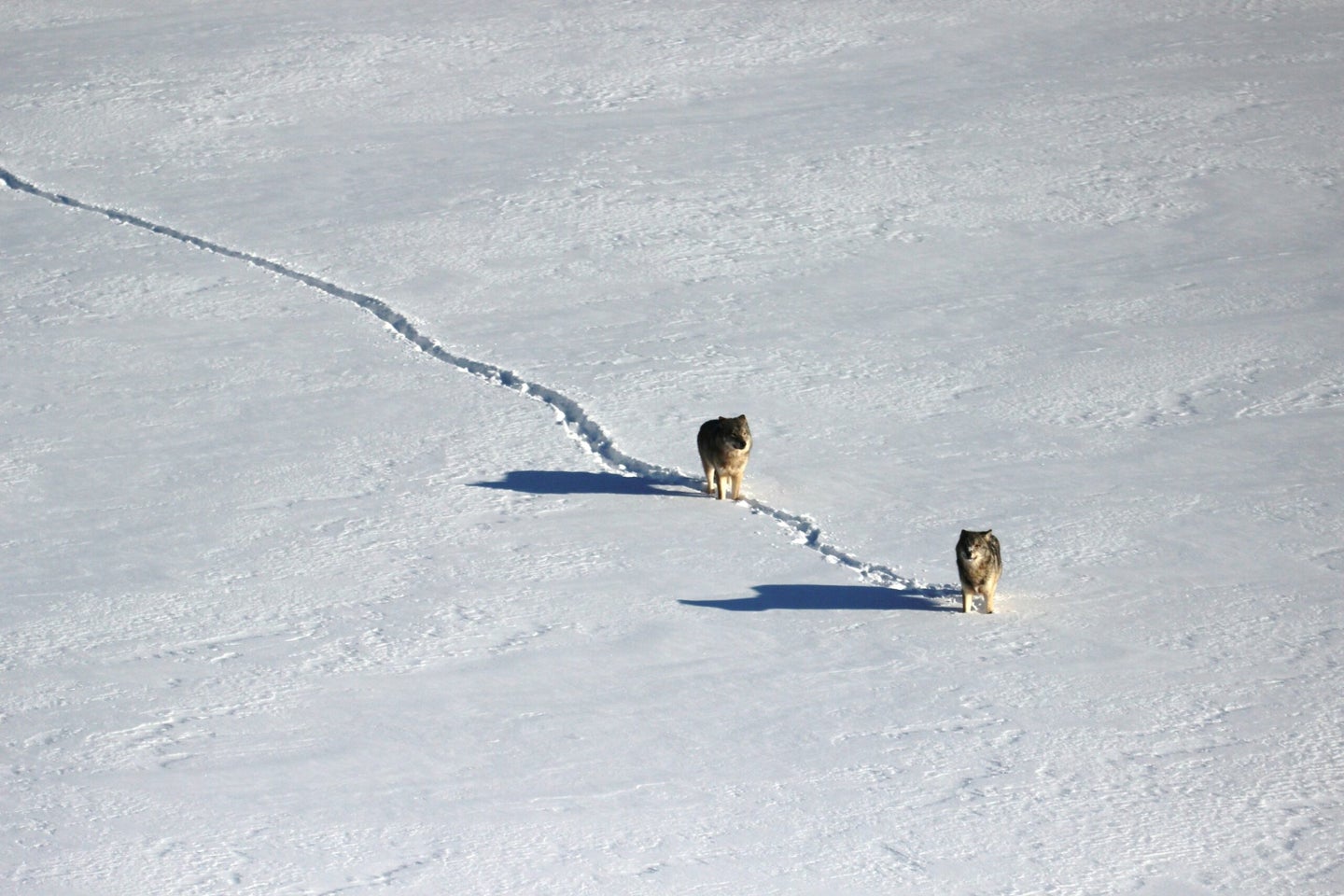 When a Chicago man brought his sick dog on a fishing trip to Isle Royale National Park, he set off the outbreak of a virus that would devastate the island’s wolves. The disease, canine parvovirus, “went through the population of wolves like wildfire,” says Phyllis Green, superintendent of the park, a boreal forest on the western edge of Lake Superior, in Michigan. None of the wolf pups survived the winter. Within two years, 36 of the island’s 50 wolves were dead. That was 1982. Today, only two wolves roam the island. The pair is an inbreeding disaster—the father mated with his mother, so his daughter is also his sister. Unable to reproduce, the predators were all but certain to die out.

That was until earlier this month, when the National Park Service announced its final decision to reintroduce 20 to 30 wolves to Isle Royale over the next three to five years, starting as early as September. “This is a bold action,” says Lynn McClure, regional director for the National Parks Conservation Association. “It’s the first big step towards getting the wolves back.”

The plan has been a long time in the works. “We don’t take any of these decisions lightly,” says Green. That’s because Isle Royale is a wilderness area, she says, where park service policy “is to let nature take its course.” But even in a place as remote as Isle Royale, people have long played a role in shaping the ecosystem, whether we mean to or not.

“A wilderness area assumes that it has not been touched by human influence. That’s pretty difficult to say today,” says Senator Gary Peters of Michigan, who has urged the park to consider reintroducing wolves since 2015.

Wolves first arrived on the island in the last hundred years by crossing ice bridges that form in the dead of winter, spanning fifteen miles over Lake Superior from the shores of Minnesota. Over the years, new wolf migrants have ventured from the mainland, each boosting the sequestered population’s genetic pool. But the lake doesn’t freeze over for as long or as often as it once did.

“As a result of climate change, it became less certain that there would be ice bridges. You didn’t have the same wandering of wolves,” says Peters. “The population became insular and, as a result of inbreeding, has slowly died off.”

Having fewer wolves upsets the delicate balance of the ecosystem on Isle Royale. The predators keep the island’s moose population in check and, in turn, protect the health of its forests. Without meaningful hunting pressure, moose numbers have soared in the last decade. Biologists project the moose population could double in the next five years barring intervention, according to a report from Michigan Technological University in May.

As the moose munch on the island’s balsam fir, they also eat away at their main source of food. Add a few more moose and one harsh winter, and the population will starve and collapse if previous trends hold true.

Biologists have studied the interwoven rise and fall of the moose and wolf populations on Isle Royale for the last sixty years. The research, out of Michigan Tech, is thought to be the longest-running study on predator-prey dynamics in the world. Each summer, a team of researchers and volunteers scavenge the forest for signs of moose carcasses. Clues from a corpse—bacteria in the jaw, marrow in the bones and measurements of the skull—tell a story of disease, hunger and adaptation to a changing environment. A small group goes back during the coldest stretch of winter to survey the animals from the sky. With tracks visible in the snow and less tree cover to block animals from view, biologists can count moose and wolf numbers.

Since Isle Royale has only a few mammals and is largely limited from the direct impact of people, it makes for an ideal ecosystem to research, according to the scientists. This simplicity also means that when one factor goes awry, the whole system is thrown out of whack.

The plan to reintroduce wolves has widespread appeal because of its potential to restore the balance between wolves, moose, and trees, according to McClure, from the National Parks Conservation Association. The announcement comes at the heels of another proposal to reintroduce grizzly bears to Washington’s North Cascades National Park in March.

The park service has supplemented dwindling populations of mammals within its boundaries before—bighorn sheep in Montana, panthers in Florida, and wolves in Yellowstone. But each of these decisions takes years of planning and public outreach to finalize. The move on Isle Royale may be the first time climate change is a factor in the park’s decision, but it doesn’t mean that future deliberations at another park will be any faster. “Each National Park has such a different set of variables,” says McClure. “You have to look at each one with a new lens.”

All that’s left for the decision at Isle Royale is getting the new wolves and bringing them to the island. This is no small feat, says Green. “The bottom line is safely capturing and releasing wolves into very remote habitat that’s difficult to access.” The park needs to finalize permits, trapping procedures, vet checks, genetic testing, and airlifting, all in the coming months.

When the wolves are finally ready to reach their destination, either by plane or boat, they may still have to wait. “Everything on Isle Royale is weather dependent,” says Green. “Is the weather going to cooperate? Probably not.”