The weirdest things we learned this week: art made from human skin, solving a 17th-century thought experiment, and detachable sex organs 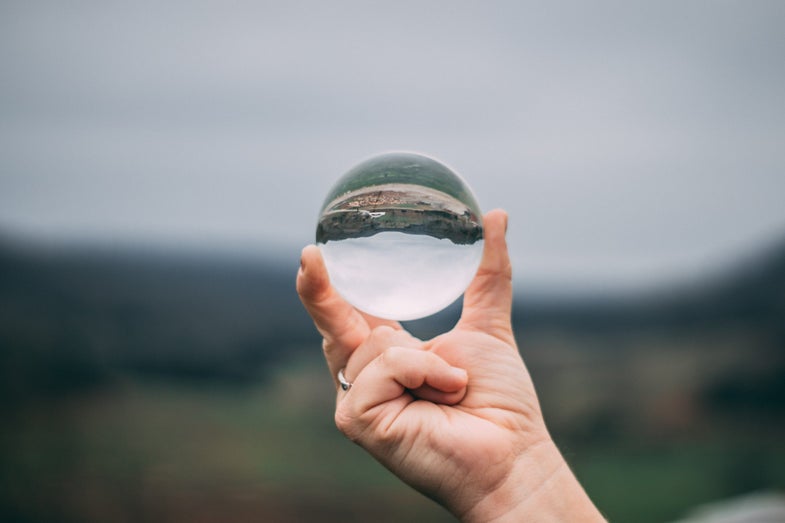 Molyneux's problem was purely philosophical until a few years ago. Pexels
SHARE

Fact: You can cover your walls in artwork made of human skin

Our crossover guest from Last Week in Tech is out on vacation at the time of this posting, which means this week I (Sara) am filling in both as Rachel AND Stan in some form. Soon this podcast will just be me whispering upsetting animal sex facts into a single microphone.

Anyway, this week Stan came on the pod to share some wild information about how you—yes, you!—can get your tattoos preserved after you die. And yeah, they do it exactly in the way you’d picture. Listen to the episode for more, and then once you’re done and you’re thinking “okay, but then I’m still putting my dead skin on display in some family member’s house. Surely they won’t want that,” go click on this Vice article about Charles Hamm, the founder of the National Association for the Preservation of Skin Art. I found it while Googling around, trying desperately to understand why in the world you’d be okay having bits of human skin on your mantle, and this article actually helped.

Hamm talks about how meaningful some of his tattoos are and explains why his family members want to keep those bits of him after he’s gone. I ended up thinking that this is actually a beautiful thing. Maybe these tattoo fans are just more mature than most of us and aren’t squeamish about death. Maybe we should all strive to be a person who’s okay sticking their dead skin on their son’s mantle. Maybe we’re the weird ones.

(Or maybe, like Stan, some of us are just embarrassed at the thought of having our terrible tattoos displayed in perpetuity.)

“Suppose a man born blind, and now adult, and taught by his touch to distinguish between a cube and a sphere [be] made to see: [could he now] by his sight, before he touched them . . . distinguish and tell which was the globe and which the cube?”

That’s neurologist and writer Oliver Sacks’ rephrasing of Molyneux’s problem, not mine, but I came across it while researching the phenomenon of blind people having their sight restored. I just could not get my head around the idea that you could look at a sphere and a cube and not intuitively understand what those would feel like, and vice versa. I think this is a thing that’s been so cemented in my brain for so long that I simply cannot comprehend what it would be like to think differently, but the fact is that if you’re born blind you of course don’t approach the world in a visual way. You would never have had any reason to try to visualize what an object looks like, because that’s not how you think about things—you’ve literally never visualized anything.

I get a little more into the details of the experiments that ultimately tested Molyneux’s problem in the pod, but the most interesting fact that I found (which I wound up forgetting to share) is this: people who are born blind don’t move their eyes during REM sleep. In case you don’t know, REM stands for “rapid eye movement,” because people as a general group characteristically move their eyes around during that sleep stage. The fact that blind people don’t do this, but otherwise seem to experience REM sleep normally, suggests that perhaps the only reason we move our eyes is because we’re re-experiencing visual inputs in our dreams. A few blind people contributed to online forums like Quora about this issue and noted that their dreams aren’t generally visual—they can intuit that they’re in a space and describe the setting, but they don’t really see it. They experience it. It’s a great reminder not to assume everyone lives in the same world you do.

Fact: Some animals amputate their sex organs while they’re gettin’ it on

More than 200 animals are known to self-amputate limbs to escape danger, but only a rare few will sacrifice their penises. Of course, the big question here is: whhhhyyyyyyy?

For some creepy creatures, it’s just part of sex. Enter, the golden silk orb weaver spider. Known for the incredible—and terrifying—capacity to consume birds and snakes, male orb weavers will also snap off their “penises” mid-sex, as scientist Zachary Emberts explained to me (in perhaps too much detail). Spiders don’t actually have penises; they secrete sperm out of their abdomens onto their webs, and then scoop it up with their pedipalps. If you look closely at a spider (which at least with these species, I do not recommend), pedipalps are the little extra set of “hands” located under a spider’s jaw-area. To copulate, the male will insert his sperm-soaked pedipalps into the female spider, and then… snap them off. Emberts explained that the amputated organs act as what’s called a copulatory plug, which prevents sperm from escaping and also wards off other spindly suitors.

Of course, we expect horrifying behavior like this from spiders, but sea slugs? Yes, some of our slimy underwater friends—like the Chromodoris reticulata—appear to have no use for their genitals after sex, either. Most sea slugs are hermaphrodites, and can impregnate each other simultaneously—they may be the most efficient procreators. Researchers in Japan noticed that after the deed was done, the sea slugs would drag their penises around with them for a bit, and then “dispose” of them. Again, the question is: whhhyyyyyy? On closer inspection, scientists found the ends of the sea slugs’ members were dotted with small, backwards spikes tangled with sperm. Since sea slug “vaginas” have two separate sperm storage areas, scientists suggested that the barbs on the penises rake out any competitors’ sperm. After that’s done the penis can’t be used again, and like a disposable needle, it’s safely discarded of. But don’t worry: these sea slugs have two backup penises ready and waiting.