Of course, they warmed things up over millions of years, not a couple hundred. 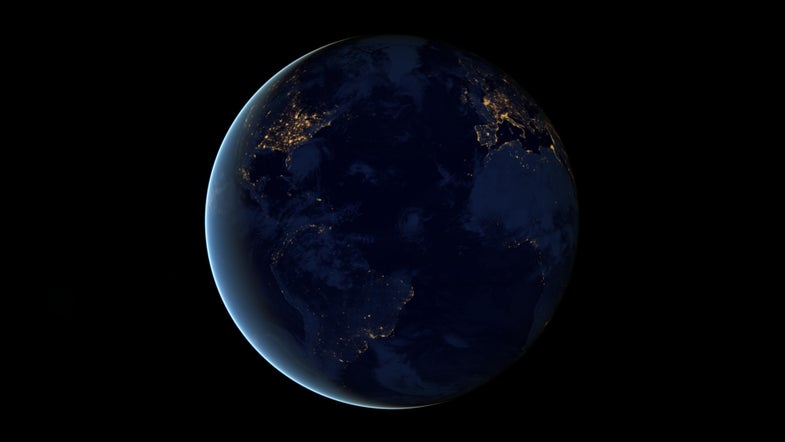 Human beings might be the most egregious example of how life can wreak havoc on a planet’s natural environment, but life of all kinds push the world’s climate in new directions over time. The evolution of the first animals on Earth, in fact, helped spur climate change nearly half a billion years ago, according to new findings published in Nature Communications.

For a while, scientists have noticed that the evolution of the first burrowing marine animals about 520 to 540 million years ago, during the Cambrian era, was followed by a significant reduction of oxygen in the planet’s oceans. One theory that began making the rounds is that burrowing behavior broke down organic material in the seafloor and released stored carbon dioxide into the waters. That carbon dioxide gradually made its way into the atmosphere and led to a slow, 100-million-year long period of global warming in the Paleozoic era.

However, “the idea was not fully taken up due to the fact that these early animals only burrowed to shallow depths, maybe one centimeter down, so they were thought to have only a minimal impact compared to animals that evolved much later and which burrowed much deeper,” says Benjamin Mills, a researchers from the University of Leeds in the UK, and a coauthor of the new study.

Mills and his team decided it was time to really put this theory to the test. Trying to understand what the Earth was like during the Palaeozoic era is not as difficult as it once was, thanks to the advent of computer modeling. After plugging in known data and running several simulations, the team found that the scenario which best fit Earth’s geological and climatic records was the one in which early ocean burrowing animals did indeed cause a significant change on the sediment geochemistry in Earth’s oceans around this time, “which then results in a large shift in climate,” says Mills.

The team knew these findings were a possibility, but had not thought as much about how powerful the oxidation of organic matter was as a contributor to atmospheric carbon dioxide. The team found that evolution of the planet’s first animals was sufficient enough to pump around 1,000 parts per million of carbon dioxide into the air, warming the planet by as much as 5 degrees Celsius.

Obviously, the major question is whether the findings can tell us something about how our current world is dealing with human-induced climate change. “There is a parallel with present day fossil fuel burning,” says Mills. “Essentially, we are doing the same thing as these early animals by oxidizing organic matter on a global scale. However, the events of the Cambrian occurred over millions of years, and still appear to have made life difficult for the biosphere of the time. Humans are recreating this event but on a much, much shorter timescale, which leaves a lot less time for systems of stabilizing climate feedbacks to kick in.”

In other words, the Earth is resilient enough to adapt to changes in atmospheric chemistry, but only if those changes are made slowly. Humans are pummeling the atmosphere with way too much carbon dioxide too rapidly, and the result, of course, has been one devastating environmental domino falling after another.

But at the very least, the new findings are a step forward in helping scientists better predict what comes next, and arm them with evidence that policy-makers can use to push for more regulation on greenhouse gas emissions. “Earth history is still very poorly understood, especially the processes that have kept the temperature of the planet roughly stable over billions of years,” says Mills. “Our Earth system model lets us recreate climate events from the past whilst outputting many independent lines of geological data, allowing us to test hypotheses and eliminate the ones that don’t fit.”