This cat-poop parasite can change your brain, but it probably won’t make you an entrepreneur

Let's all say it together: correlations are not causations! 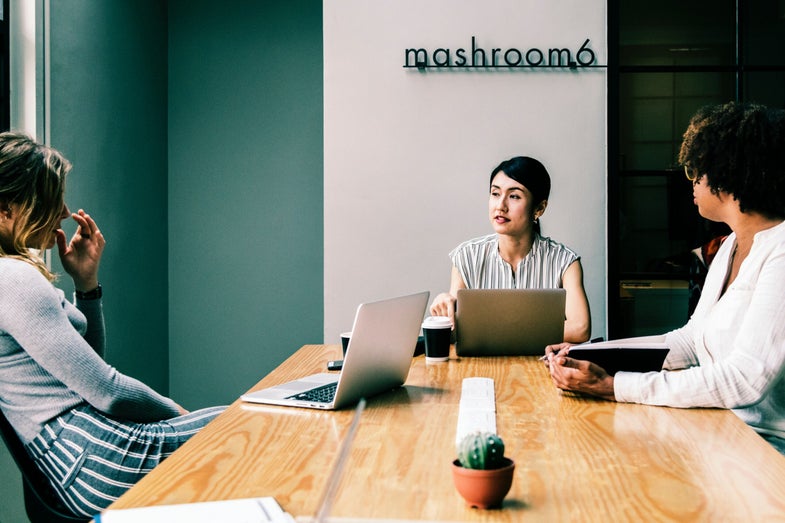 You’ve almost certainly heard about Toxoplasma gondii before, the dreaded cat poop parasite that’s infected roughly 2 billion people around the world and famously makes mice unafraid of cats. Researchers have found evidence suggesting Toxoplasma gondii infection in humans is responsible for everything from depression and suicide, to impulsive and aggressive actions, to maybe even some forms of psychosis. And perhaps those bits of research give some clue as to why we’re now seeing headlines about a new study published Wednesday in Proceedings of the Royal Society B suggesting this parasite promotes entrepreneurship.

If it still seems out of left field, you’re not alone. Let’s take some time to break down how got here.

For the uninitiated, Toxoplasma gondii is a parasite that gets excreted in cat feces and has been shown to infect virtually any warm blooded animal that comes into close contact, although the parasites can only reproduce in felines. The parasite has been shown to alter rodent behavior by making them less risk-averse. Infected mice will spend more time exploring mazes, and are even attracted to cat urine—behaviors that greatly raise the chances of being attacked and eaten by a predator. Infected animals also develop cysts in their brains that alter levels of certain neurotransmitters and hormones, resulting in higher levels of dopamine, serotonin, testosterone, and other signaling molecules that reduce fear in rodents and presumably affect judgement, personality, and mental health in any infected hosts.

So far, though, scientists haven’t been able to definitively connect these biochemical changes to specific symptoms in humans. The infection is asymptomatic in most people, so although immune-compromised individuals, pregnant women, and infants are at risk of developing fatal toxoplasmosis most people go through life never knowing they have a parasite. Studies do suggest that there are subtle changes in behavior amongst T. gondii hosts, but it’s been difficult to pin them down.

Armed with this (admittedly limited) understanding, Stefanie Johnson, a business professor at the University of Colorado Boulder and the lead author for the study, decided to look into studies on how Toxoplasma gondii affects communities around the world. One suggested the parasite increases neuroticism in countries with higher rates of infection, while another found people who died from risk-taking behavior were more likely to be infected by T. gondii than others who died of more natural causes like heart attack. Johnson began working with her husband, Pieter, a biologist at UCB, towards trying to build a study that could look at the business implications of T. gondii, culminating in this latest study.

There are three major prongs to this study. The first was an investigation into infection patterns in university students. The team collected T. gondii data (using a saliva-based assay that looked for T. gondii antibodies) from 1,495 American undergraduates majoring in biology or business, 22 percent of whom tested positive for T. gondii. Johnson and her team found that the business majors were 1.4 times more likely to test positive for the parasite. Moreover, those T. gondii-positive business students were 1.7 times more likely to pursue a management and entrepreneurship emphasis (versus something less daring like accounting) than their uninfected compatriots, highlighting that infected people were more likely to specially engage in risk-taking career tracks.

The second prong looked at infection patterns in 197 American business professionals attending entrepreneurship events, and found that those who tested positive for T. gondii were 1.8 times more likely to have started their own business than those who were uninfected.

The last prong looked at global patterns of parasite infection and entrepreneurship using existing T. gondii prevalence databases and entrepreneurship information across 42 countries over the past 25 years, and found that countries with higher infection rates were correlated with higher rates of individuals starting their own business. “We found that there’s a reduced fear of failure [induced by the infection] that creates this slight effect,” says Johnson.

The correlation may well be real and statistically significant, but we cannot emphasize enough that these findings need to be taken with a large grain of salt.

“The existence of the Toxoplasma-induced changes has been proven to exist beyond any reasonable doubt,” says Jaroslav Flegr, a researcher at Charles University in Prague who was not involved with the study. “It is not clear, however, which of these changes are the products of the manipulative activity of Toxoplasma and which are just side effects of chronic parasitic infection,” especially given how asymptomatic latent infection is in most people. Flegr thinks the new paper is “very interesting and potentially important,” but wishes there were a tighter analysis of how the differences in T. gondii prevalence around the world corresponded to risky business behavior.

Johnson herself admits the neurological data is mixed. “We’re not sure what the mechanisms [for neurological changes] are,” although she puts her money on the parasite’s effect on dopamine and testosterone, partially because there’s been more research on that front.

Obviously, a bigger sample size would increase confidence in the results. Johnson notes that before running the study, the team “had no idea about the magnitude of the effect” infection might have on entrepreneurship, and had to create a study without knowing what the base rate would be. “With more data, we can look at finer cuts of how this relationship between infection and entrepreneurship works,” she says, such as pathway of exposure, and the success and failure of businesses started by infected individuals. That sort of data could help researchers interpret the results better and answer questions like whether infection actually helps people start viable ventures or simply pushes risky moves in any direction.

Brad Pearce, an epidemiologist at Emory University who’s previously studied T. gondii infection in populations, also notes that salivary assays like the one used for this study typically exhibit low sensitivity and specificity, so a more accurate assessment of infection would require something like a blood test.

The findings are also yet another lesson that correlation does not equal causation. “As much as I’d like to believe that this cosmopolitan parasite is affecting our human behavior,” says Johnson, “we really just looked at the relationship between the behavior and infection. It’s possible that your entrepreneurial behavior actually causes you to get infected by T. gondii. It’s more likely that there could be a third variable that causes you to both get infected and become an entrepreneur.”

Keep that in mind before you go scrounging around in kitty litter as a way to boost your confidence in that hot new startup you’re launching. Then again, if you’re the kind of person who wants it that badly, maybe you’ll be successful after all, whether you have a brain-altering parasite in you or not.