We consumed a year’s worth of natural resources in just seven months. 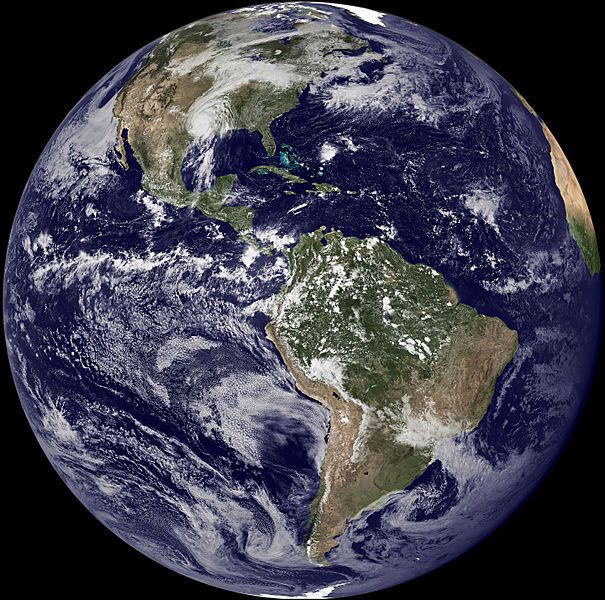 Every holiday has its unique pleasures. New Year’s Eve is a time for confetti, champagne, and promises. The Fourth of July all but demands the pop of a firework and one (or 12) hot dogs. And Earth Overshoot Day wouldn’t be complete if your existential dread hadn’t tripled by the stroke of midnight.

If you haven’t celebrated Earth Overshoot Day before, be not afraid. The premise is simple: Earth’s resources are limited. We only have so much water and food, let alone oil and gold. But humans are using more than Earth has to offer, and have been since 1970. In 2018, it’s predicted we will use the equivalent of 1.7 Earths worth of resources—which is, oh, almost a whole Earth more than we have. And the date at which we’ve consumed more than one Earth in a given year is called… Earth Overshoot Day.

Welcome to #EarthOvershootDay, the date each year that humanity’s consumption of ecological resources exceeds what the planet naturally regenerates annually. August 1 marks the earliest Overshoot Day in recorded history. pic.twitter.com/NdaDgey6A8

Unlike most holidays, like Christmas, which you want to come early, you want Earth Overshoot Day to be as late in the year as possible. In the 1960s, our consumption was almost perfectly synched to the Earth’s resources, with humanity consuming one year’s worth of Earth’s resources in one year. But by 1971, that number slid backward, and has been sliding ever since. This year, 2018, saw the earliest Earth Overshoot Day yet: one Earth’s worth of resources gobbled up by Aug. 1. (Last year, it happened on Aug. 2.) This doesn’t mean that we’ve run out of clean water or timber today, and will have to live on scraps until New Year; it’s that by exceeding the Earth’s resources in August, we’re bankrupting our future by consuming materials that are better off preserved for days to come.

But how exactly is the overshoot date calculated? It’s a little fuzzy, but fairly commonsensical. Earth Overshoot Day is administered by the Global Footprint Network. Using United Nations data about the state of the world year over year, the GFN team divides the amount of ecological resources Earth can currently generate in one year, according to the network’s website. Then, they divide that figure by the total human demand for those same resources.

The final number is influenced by things like the rate of carbon emissions compared to the carbon sequestration offered by land, deforestation and overfishing, our ability to process waste, electricity and other energy usage, and the size of the human population (current count: 7.6 billion). It also differs by country. People who live on islands or in deserts have fewer resources to work with, meaning they overshoot sooner than a more expansive place, like the continental United States. Singapore, a densely-populated island city state in East Asia, typically overshoots its biocapacity by Jan. 2 of every year, according to National Geographic.

The results aren’t super precise. “Global Footprint Network estimates that the absolute precision may be within 10 percent to 20 percent,” according to its website. But it’s clear this holiday is about prompting reflection, not impeachable precision. The exact moment at which we’ve consumed more than the resources the planet has to offer is hard to narrow down for any given year. But we know, in a bigger sense, it’s already far behind us. Our voracious appetites for consumer goods, especially in developed countries like the United States, Australia, and South Korea, are doing unprecedented damage, and have been for decades.

Given it’s a made-up holiday, how you celebrate Earth Overshoot Day is up to you. But thinking about how you can reduce your own footprint—by mowing your lawn less (or replacing it outright), composting, reducing plastic consumption, and recycling—is probably the best way to go.