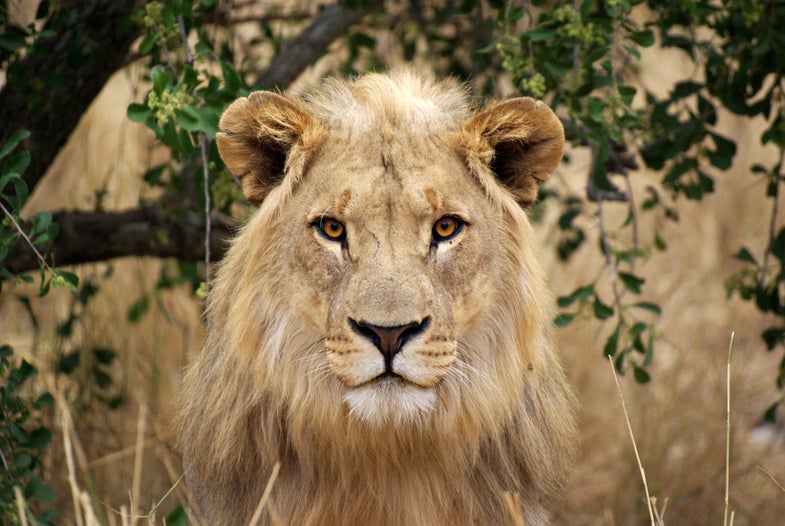 Today, lions joined tigers, a few species of bears, and a host of other endangered species under the protection of the Endangered Species Act.

“The lion is one of the planet’s most beloved species and an irreplaceable part of our shared global heritage,” Fish and Wildlife Service Director Dan Ashe said in a statement. “If we want to ensure that healthy lion populations continue to roam the African savannas and forests of India, it’s up to all of us – not just the people of Africa and India – to take action.”

The New York Times reported that one impetus for the addition was the killing of Cecil, a famous and much-beloved lion in July. Cecil was killed for sport by an American dentist on a hunting trip to Africa. Since then, there has been a huge public backlash against trophy hunting. But the petition to include lions under the protection of the Endangered Species Act dates back to 2011, when the Fish and Wildlife Service began considering whether to list Panthera leo leo as endangered. A study by the Fish and Wildlife Service in October found enough evidence to list them as threatened, not endangered, but in the year since, the Service changed their mind.

One of the reasons was a shift in taxonomic thinking. The African lion used to be thought of as a distinct subspecies, separate from the Asiatic lions living in India. Now, genetic testing shows that they are essentially the same. That group, Panthera leo leo has only 1,400 individuals remaining in India and parts of Africa. Panthera leo melanochaita is doing marginally better with about 18,000 individuals.

A statement released by the Fish and Wildlife Service said “The process will ensure that imported specimens are legally obtained in range countries as part of a scientifically sound management program that benefits the subspecies in the wild,”

Lions aren’t listed as endangered everywhere. The International Union for Conservation of Nature (IUCN) Red List lists lions as a vulnerable population, one step above the endangered classification. But it notes that lion populations are declining, with an estimated 43 percent decline between 1993 and 2014.