It creates a protective dome around you. 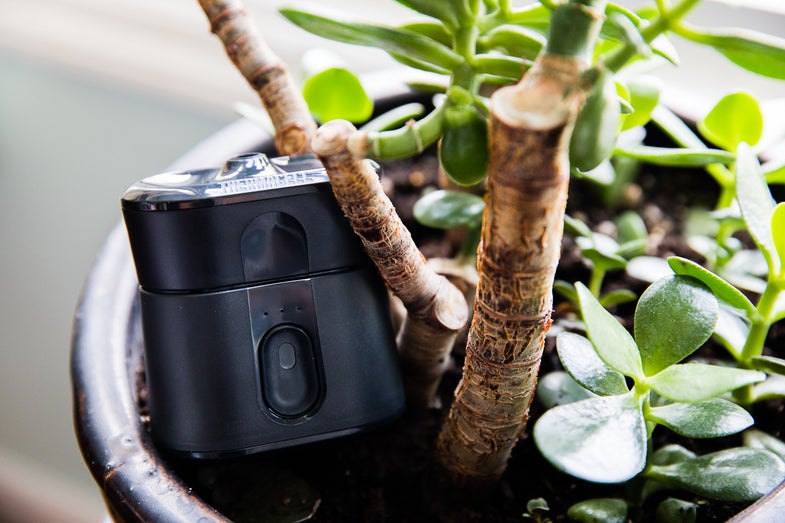 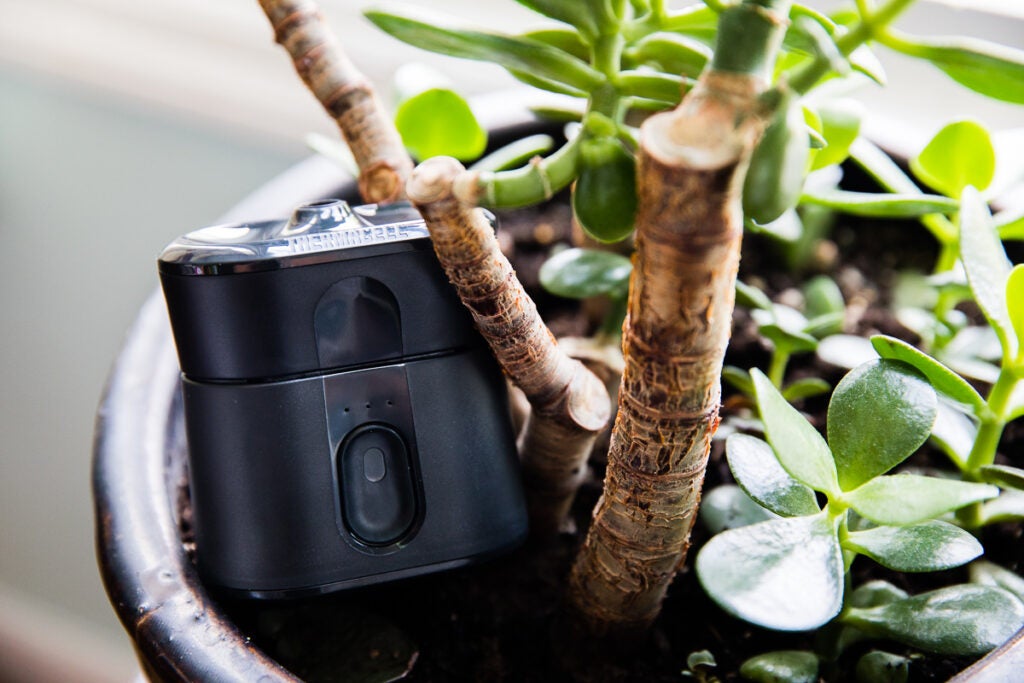 The little black box is easy to hide.

Mosquitos eat me alive in the summer. I don’t know exactly why, but I have a suspicion it has something to do with my mixture of skin bacteria and the type O blood that flows through my veins, which the little pests find more delicious than A or B. Whatever the reason, my life as an insect feast has prompted me to dive deep into the world of mosquito repellents. The latest weapon to combat the blood-sucking scourge is the Thermacell Radius Zone, which uses vaporized oils to create a mosquito-free dome around your yard or campsite. It’s a clever device, but can it keep my blood inside my body?

Thermacell’s mosquito-repelling devices ward off biters by vaporizing an oil containing Allethrin. It’s a synthetic version of a compound found in chrysanthemum flowers that acts as a natural mosquito repellent. In fact, chrysanthemum extract is a common ingredient in many popular skeeter stoppers; similarly, many gardeners plant mums around gardens and outdoor living areas to keep insects out.

Previous Thermacell gadgets have used disposable mats infused with the oil or one-shot fuel canisters that create two types of trash. The company’s new Radius system, however, uses a rechargeable lithium-ion battery to heat and diffuse the oil. The repellent still comes in disposable cartridges, but it at least cuts down on waste in one area. The resulting protected zone covers roughly 110 square feet. 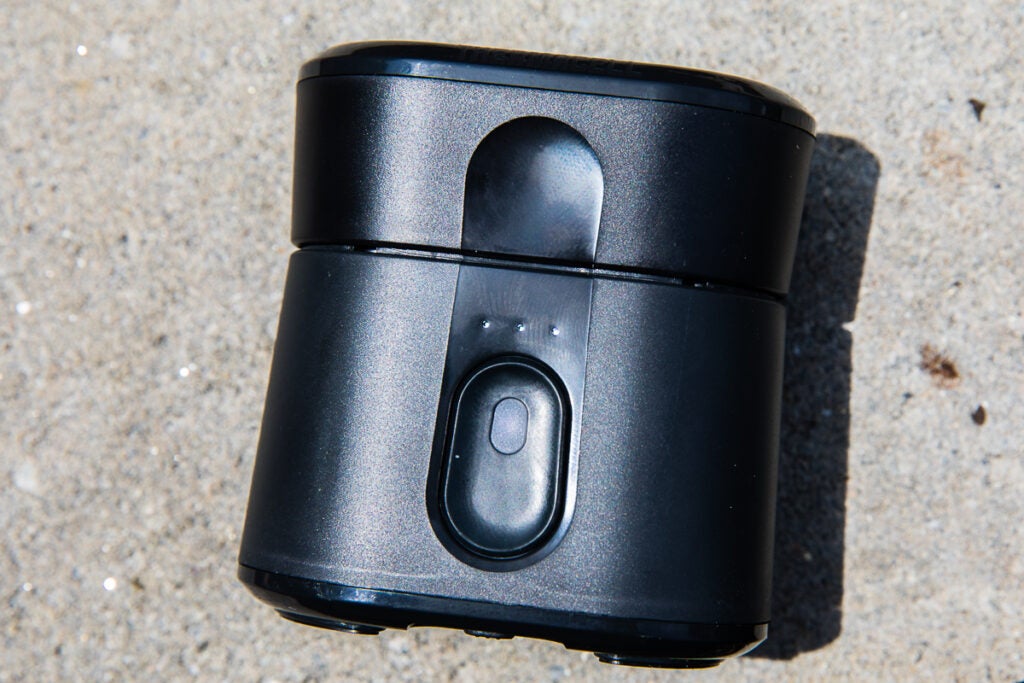 There’s only one button and a single switch on the device itself.

The Radius is dead simple from a user standpoint. You charge the internal battery with a USB cable, then snap in a cartridge and push the on button. It’s tricky to tell whether it’s doing anything right away because it doesn’t emit a sound or a smell.

Observations Over the course of two weeks, I tested the Radius against a variety of other bug repellents in various parts of my yard—some of which typically turn into a bacchanal for blood-sucking bugs around sunset. I used the 40-hour cartridges, which contain more bug-repelling juice than the smaller 12-hour pods. 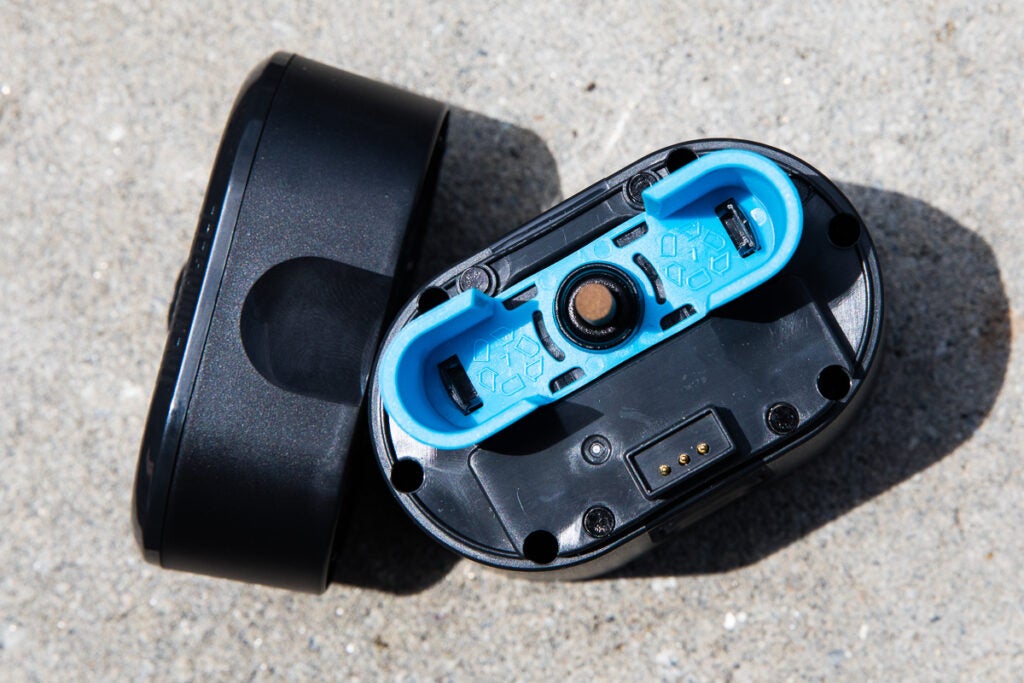 Compared to typical techniques like a citronella candle, it’s clear that the Radius is more effective, especially as you get further away from the device itself. The Radius takes a few minutes to heat up, but I did considerably less slapping at bugs with it on than without.

I still found that a good bug spray—typically involving the controversial chemical, DEET—is the best repellent on a personal level, but a combination of the radius and a spray worked impressively well. It doesn’t prevent every bite, but it will cause a significant reduction.

The battery power is one of the main draws with this new version of Thermacell’s tech, and it effectively reduced the number of bug bites endured. The problem, however, is that the battery is integrated, which means you can’t easily swap it out like you can with a fuel cannister. You can get six hours on a single charge and the unit will work when charging, but don’t plan on taking it into the wild where there are no outlets. I did try running it off of a portable battery charger (like the one you use to revive your dead cellphone) and it worked, but I didn’t test it extensively, so consider that an emergency-only option for now. 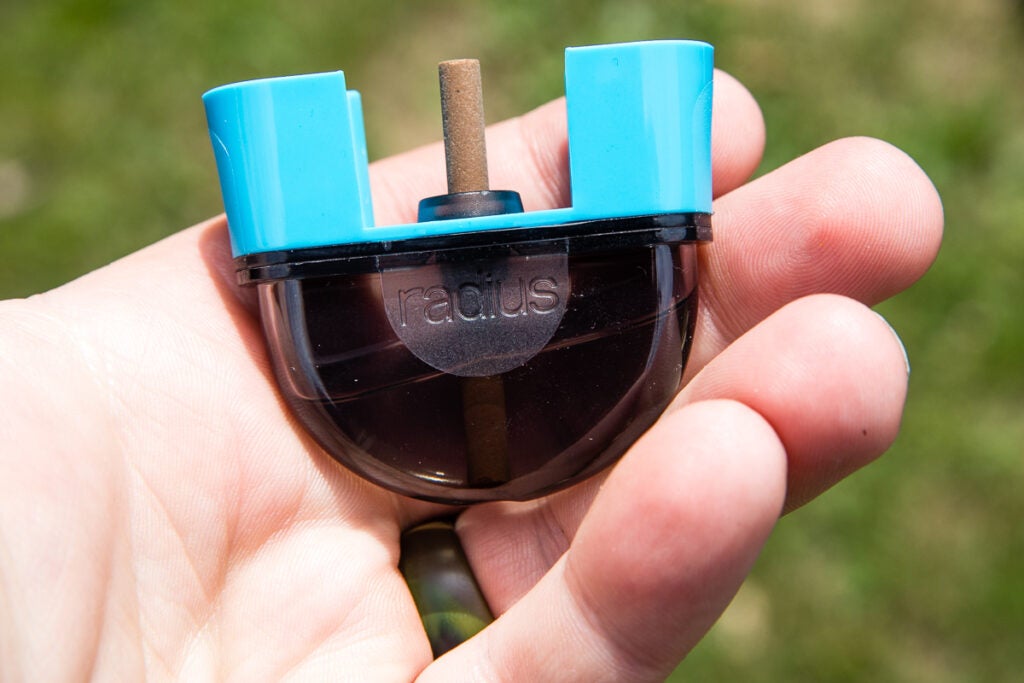 You can get 12-hour or 40-hour replacement cartridges.

While it’s effective at creating a mosquito-light (I won’t say completely mosquito-free) area around your deck or campsite, the cost of the pods will add up in the long run. The 12-hour models cost $8 each, and the 40 hour one will set you back $20 a pop. If you plan to use this while camping, you’re probably better off with something like the Thermacell Backpacker, which uses disposable gas canisters and that won’t run out of charge when you’re in the forest. But, this is a great option if you just want to set it on your patio table and keep your delicious blood inside your body while you have your evening lemonade.