What happens when a whale dies? 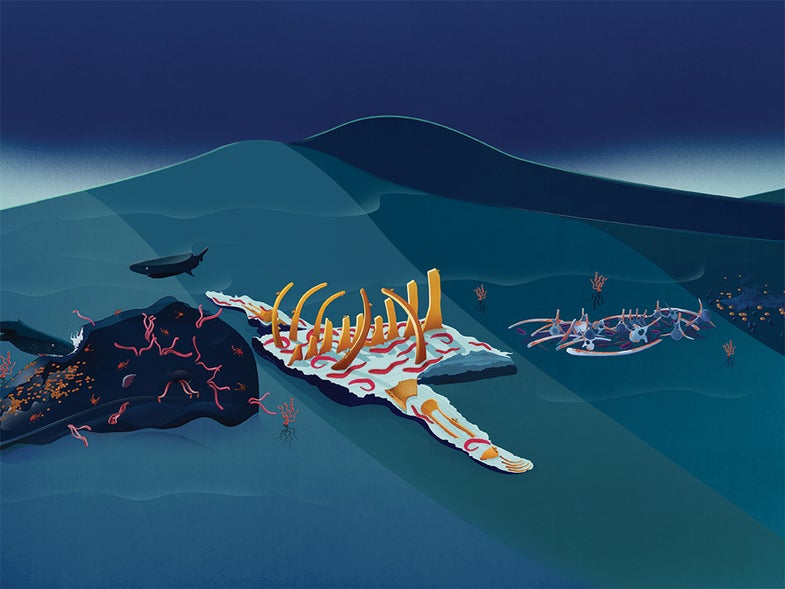 Whales that end up on the beach make headlines. But those that sink to the bottom of the ocean make new homes for sea life. The brawn, blubber, and bone of these unlucky cetaceans—some 70,000 of which perish during harrowing seasonal migrations each year—nourish a vibrant, ­constantly evolving community of creatures. Opportunistic eaters can flourish on a decaying corpse for anywhere from a decade to a century. Marine ­biologists have discovered dozens of new critters in these deep-sea ecosystems since they first encountered one in 1987. For animals at the bottom of the ocean, a whale fall is a meal ticket. But for the humans above, it’s a helpful reminder that, even in the modern era, most underwater mysteries remain unsolved. This timeline tracks what little we know about a gray whale’s decomposition, and the friends it makes along the way. 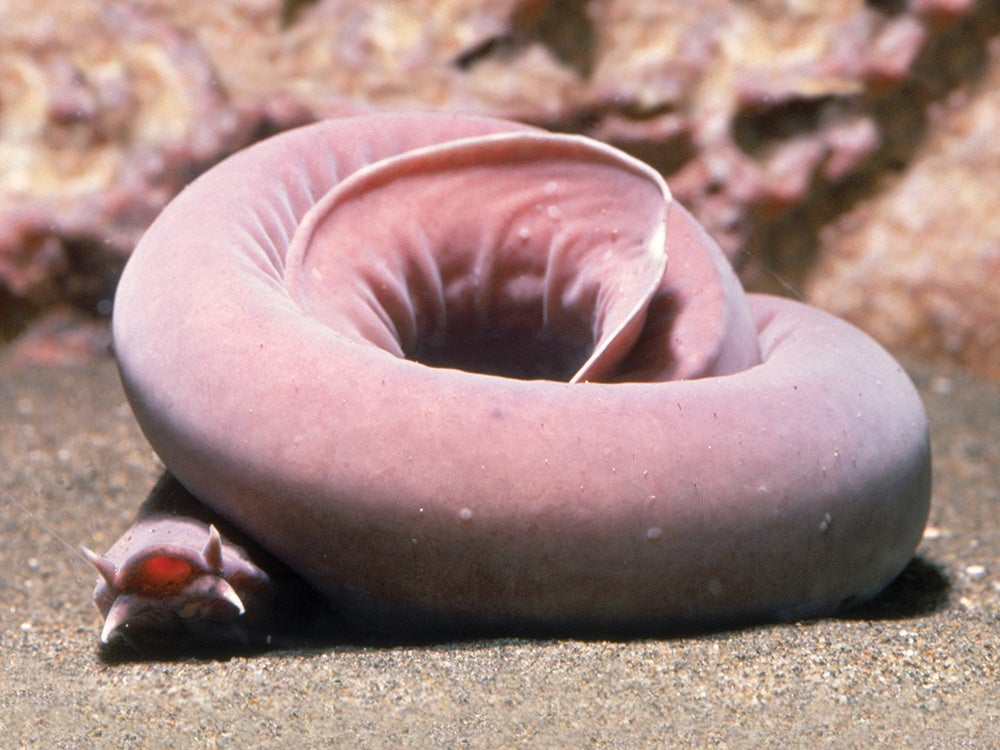 Hagfish dine on dead and dying animals, in part to fuel their numerous slime-producing glands.

Dead bodies tend to bloat—and float—in the early stages of decomposition. But as carbon dioxide, methane, and other gases dissipate, whales descend to depths of a few hundred or thousand feet. Once there, death quickly gives way to a vibrant flurry of life. 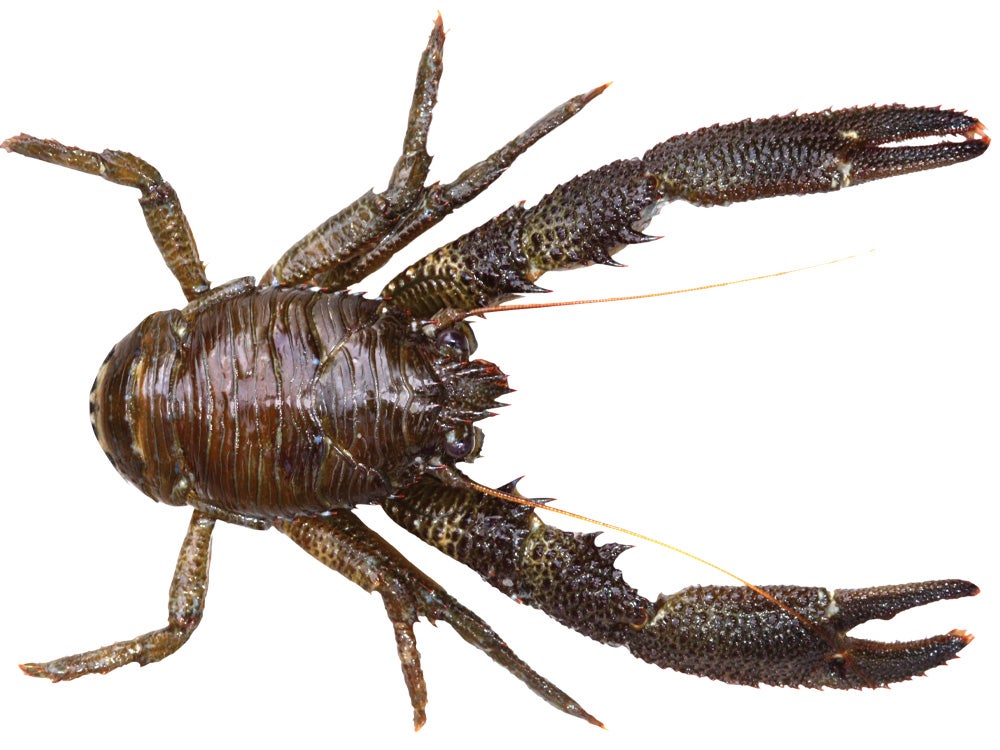 Squat lobsters thrive on ocean trash, including decaying whales and even shipwrecked wood.

Scavengers such as pinchy crabs and sharp-toothed sharks are the first to feast. They start eating shortly after the big sink, and they can munch for months on the plentiful buffet of organs, skin, and muscle. But their meat-loving mouths leave plenty behind. 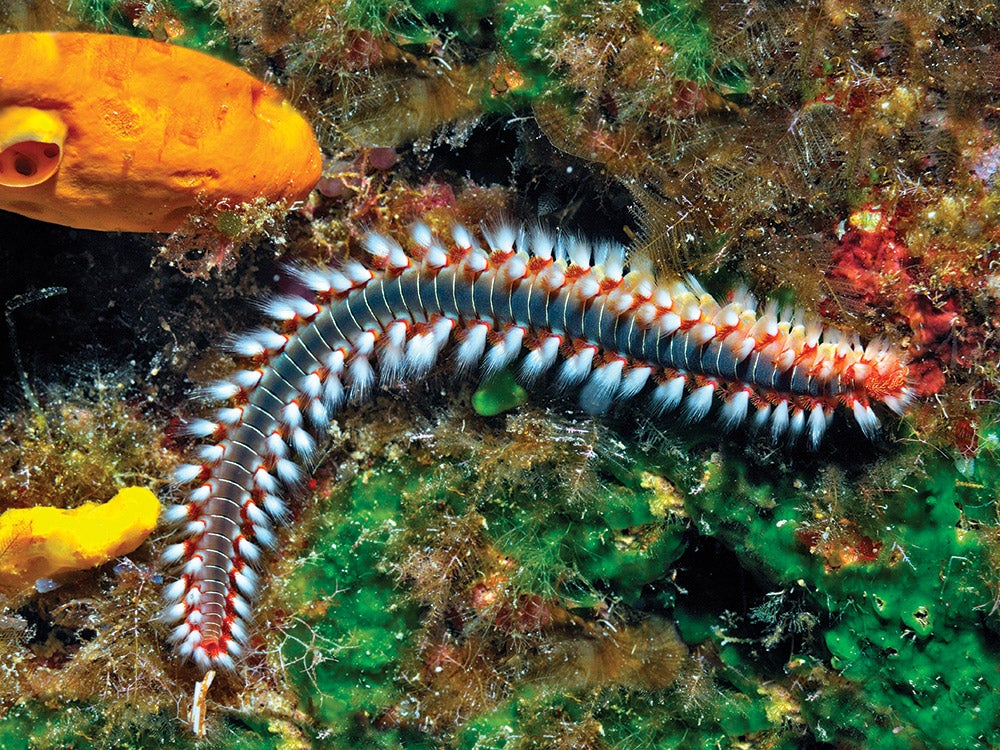 This family has survived five planetwide mass extinctions, in part by noshing on ­leftover scraps.

With little meat left, worms, snails, and other hungry organisms can take advantage of the delicious biofilms—slimy bacteria and other microorganisms—that now coat the corpse. It doesn’t look like much to our eyes, but for the right animal, the carcass is ripe for the ripping. 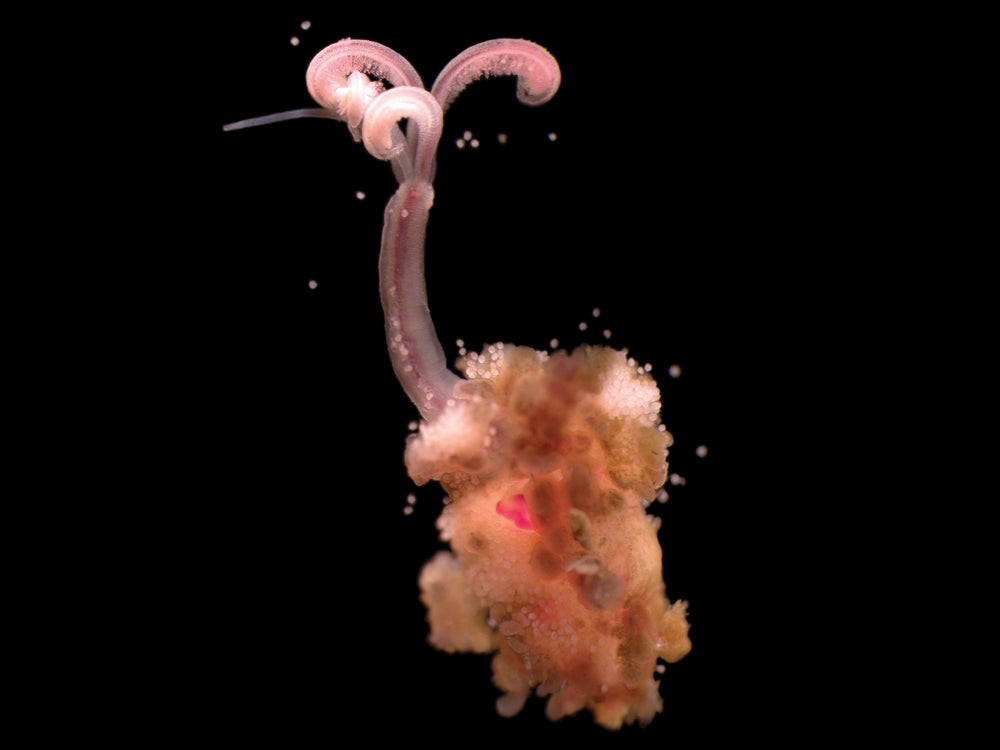 Osedax roseus, or “bone-devouring redhead,” embed themselves in bones and eat lipids within.

As more of the skeleton becomes exposed, bone-eating bacteria flock to their supper. Scientists have seen some of these tiny beings only on a whale fall, spurring biologists to deflate dead beached cetaceans, add weights, and send them deep down for study. 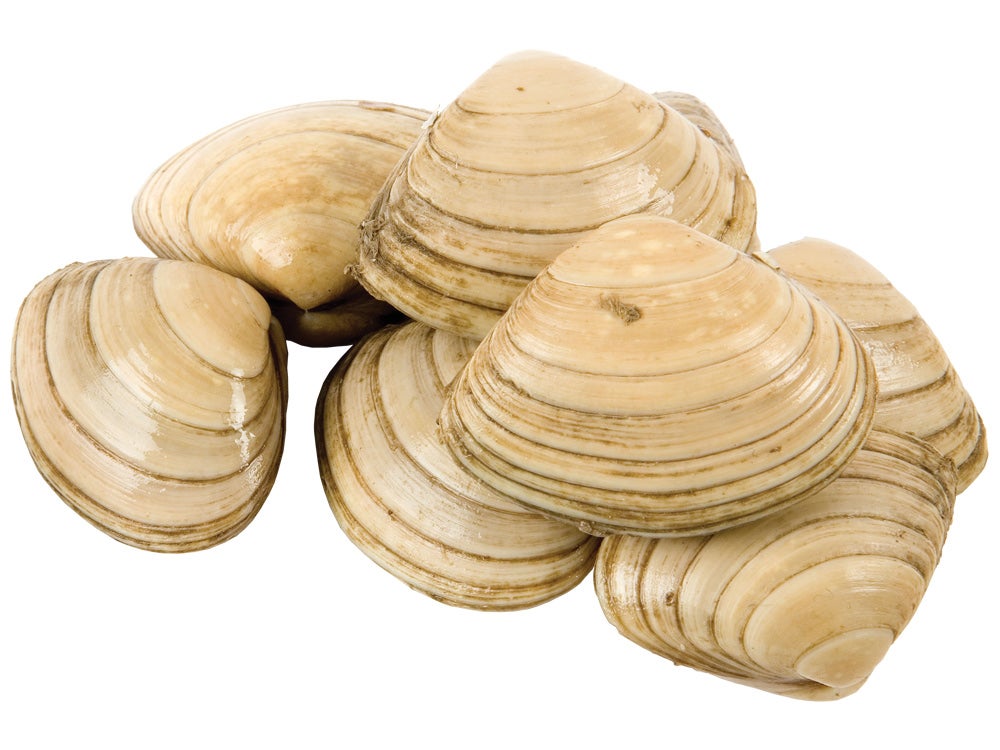 Eventually, all that remains of the great gray are nutrient-rich particles, which have leached into the soil beneath the deep-sea cemetery. As bacteria chow down, they excrete sulfurous waste, creating the perfect environment for mollusk colonies fueled by the gases.