Dogs aren’t especially smart, but they have a particular set of skills

Yes, you are a good dog! 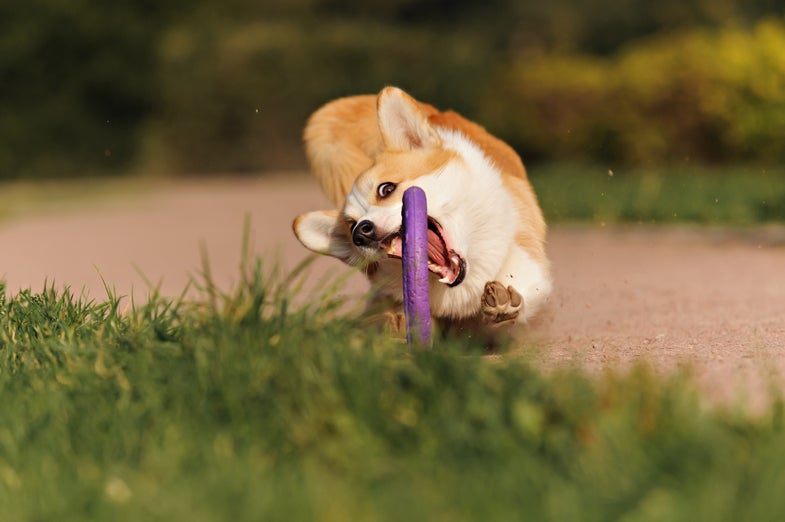 Just because they're not especially bright doesn't mean they're not special. DepositPhotos
SHARE

It’s October, and it’s Nobel season, with today bringing the announcement of the prize in medicine. Unlike recipients James P. Allison and Tasuku Honjo, most of us are unlikely to accept such an award in Stockholm. Neither are our beloved pet dogs, even though owners will swear their four-legged companions are geniuses. Sure, dogs are smart—at least when it comes to working with humans. But pigs, for instance, are smarter than you think. That’s the contention of a new paper out today in the journal Learning & Behavior, which asks, “in what sense are dogs special?”

The project started when Stephen Lea, professor emeritus at the University of Exeter, was editor of the British journal Animal Behaviour. While the journal has published on the mental abilities of species as diverse as pheasants, mongooses, and flies, he says a large portion of the papers that came across his desk had to do with dog cognition.

“Through the process of working as an editor [and] seeing all this research, I definitely got a sense that we as a collective had gotten a bit overexcited about dog intelligence,” he says.

There are some obvious reasons for that. While dogs have been cognition research subjects as far back as the 1800s (does the name Pavlov ring a bell?), Lea says that through most of the 20th century, researchers focused on primates and other species, and stopped paying attention to the question of what (and how) dogs knew. Then, in the 1990s, scientists began to look again at the species that is so present in human lives. However, in the rush of new research, he says, he wondered if dogs had been oversold as uniquely intelligent.

To try and figure out whether dogs were, in fact, animal geniuses, he and coauthor Britta Osthaus compared more than 300 existing cognition studies. They compared dog studies of ability to studies of three broad groups, all of which dogs could be said to fall into: carnivorans (the fancy term for “carnivores”), social hunters that rely on one another to bring down prey, and domesticated animals.

What they found was that dogs didn’t seem to stand out from other animals in any of the categories. There were carnivorans, social hunters, and domesticated animals alike that could match or outcompete dogs in cognition tests. What was different about dogs was their ability to match animals across those three groups. Hyenas seem to follow the cues of others in their pack better; dolphins perform better in tests of self-consciousness, and raccoons are better at physical puzzles. However, no other animal could perform as well in all the categories.

“Every species has unique intelligence,” says Lea. What he and Osthaus argue is that “their intelligence is what you would expect of an animal that is… recently descended from social hunters… that are carnivores and that have [also] been domesticated,” he says. “There’s no other animal that fits all three of those criteria.”

This new study takes an unusual approach to cognition studies, says Daphna Buchsbaum, the principal investigator at the University of Toronto’s Canine Cognition Lab. “I think a lot of times as humans, we naturally look at animal cognition through the lens of what makes them so similar to or different from us,” she says. Here, Lea and Osthaus compare dog cognition to that of other animals, with some illuminating results. Even within their proposal that dogs aren’t uniquely intelligent, she says, there may be “something interesting and unique” about dogs that enables them to sit in the middle of those three categories.

There are competing theories about why dogs are good at what they’re good at—whether it’s because of domestication, because of an evolutionary history of hunting in packs, or other reasons. Lea says nobody knows exactly why dogs are the way they are, but this paper points to more questions about how they think, and future research directions for other animals that have not been as widely studied as dogs. Studying other carnivores—particularly endangered species such as the African painted dog or the dhole, which may go extinct before we can figure them out, Lea says—could offer a whole new window into pre-domestication dog cognition, as well as providing insight into those animals themselves.

As for dogs, Buchsbaum says, “the human environment is their natural environment, and that’s not true of most of these other animals.” Figuring out how dogs think could be very important—the North American dog population is large and growing, she says, and dogs play roles in our lives ranging from aiding people with disabilities to sniffing out cancers.

So are dogs smarter than other animals? Well, maybe not. But they are arguably more present in our lives, says Buchsbaum. That’s a reason to study their brains. Another reason, says Lea, is that they can take us far in studies of animal cognition, because they are naturally comfortable around us. They make good test subjects. Still, he says, this new paper highlights other species that need more study. Carnivorans in general, for instance, haven’t often been researched. Without those studies, there’s no way to know how dogs measure up. “We’d know a lot more about dogs if we knew more about the intelligence of other species that are not dogs,” he says.