Puppy potty breaks could mess with the city's microbiome. 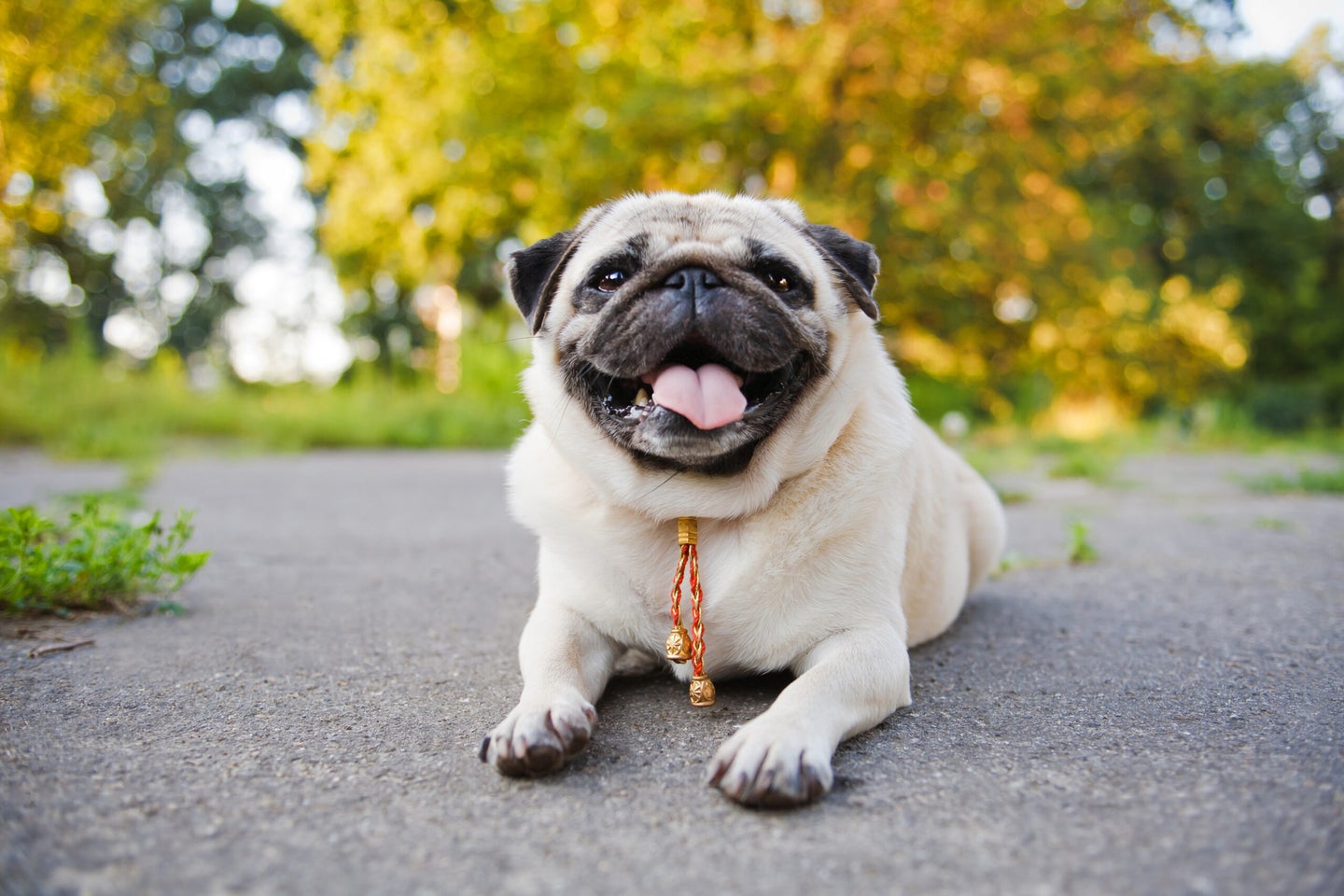 Nobody knows just how many dogs there are in the United States, but there are plenty—and many of them live (and pee) in human cities. Turns out, canine bathroom breaks may have more of an impact on the environment than you might think.

In a new study, a team of Columbia University undergraduate and graduate researchers led by ecologist Krista McGuire looked at the impact of pee on the urban soil microbiome. They found evidence that the nitrogen content and low pH of the urine can make city soil both harder and less absorbent of rainwater, while making the soil microbiome less diverse.

The project was born out of McGuire’s observations with colleagues during other research on green infrastructure in NYC. In sites like unfenced tree pits, “the soils seemed barren, compacted, and the water from rainfall didn’t seem to penetrate very well,” she says.

The team suspected soil’s characteristics had something to do with all the dogs that urinated on those sites, so they designed an experiment to check. “We obtained soil from the city environment,” says McGuire, along with one species of commonly-used plant from the same nursery the city uses.

Both of these factors replicate what’s used out in the real world. Getting actual dog pee turned out to be harder. They approached animal shelters, which mostly turned them away, while the one shelter that acquiesced didn’t yield enough pee—the experiment required a whopping 40 gallons.

“Despite visiting the shelter twice a week for a couple months, less than 40mL [1.35 oz] of urine was collected due to difficulty in predicting when the dogs will urinate and the dogs’ refusal to continue urinating when a collecting bowl was brought near them as they were about to urinate,” the paper states.

“Ultimately, we decided to use coyote urine since coyotes are very closely related to domestic dogs, and their urine is commercially available,” McGuire says. If you’re not a gardener looking to repel deer from your tulips, you may not be aware of this, but yes, you can buy 40 gallons of coyote pee pretty easily.

Over the course of a month, they ran a greenhouse experiment, watering the plants at regular intervals with either straight water or water mixed with urine at different concentrations. They checked the soil each week. The results were dramatic: the bacterial community diversity decreased by up to a third during the experiment, and the kinds of bacteria in the microbiome changed. Meanwhile, the “runoff” from pots increased significantly, signifying that the soil was becoming less absorbent.

Outside the lab (say, outside your door), “a variety of different events can affect the impact of urine deposition,” says Gary King, a Louisiana State University biology professor who studies urban microbiomes. This experiment doesn’t address those factors—like, what if it’s raining, or what if some other pollutant has recently entered the soil?

But the results point to an important direction of research, he says. “There is a huge gap in our knowledge about basic microbial functions in the soils that are part of the system in our own built environment.”

That’s a serious problem, because soils help keep a city running. Things like street trees and planted medians aren’t just there to make downtown look good. Cities are mostly built on hard surfaces like concrete and asphalt, which don’t absorb water and allow it to enter the soil, so the sewer system works to keep water off the roads and out of your basement. But sometimes, it rains too much for this system. That’s where what’s known as “green infrastructure” comes in, by helping to absorb all the extra water. Otherwise, says McGuire, “What happens is that the stormwater combines with raw sewage in these below-ground piping systems. Past a certain threshold, it gets spewed out into local waterways.”

To keep this from happening, cities like New York are investing lots of money in building and maintaining green infrastructure, from street trees to deliberately designed water capture landscapes called “bioswales.” But as this research indicates, our furry friends’ bathroom breaks may be making these interventions less effective.