They pose a threat to livestock that's long been ignored. 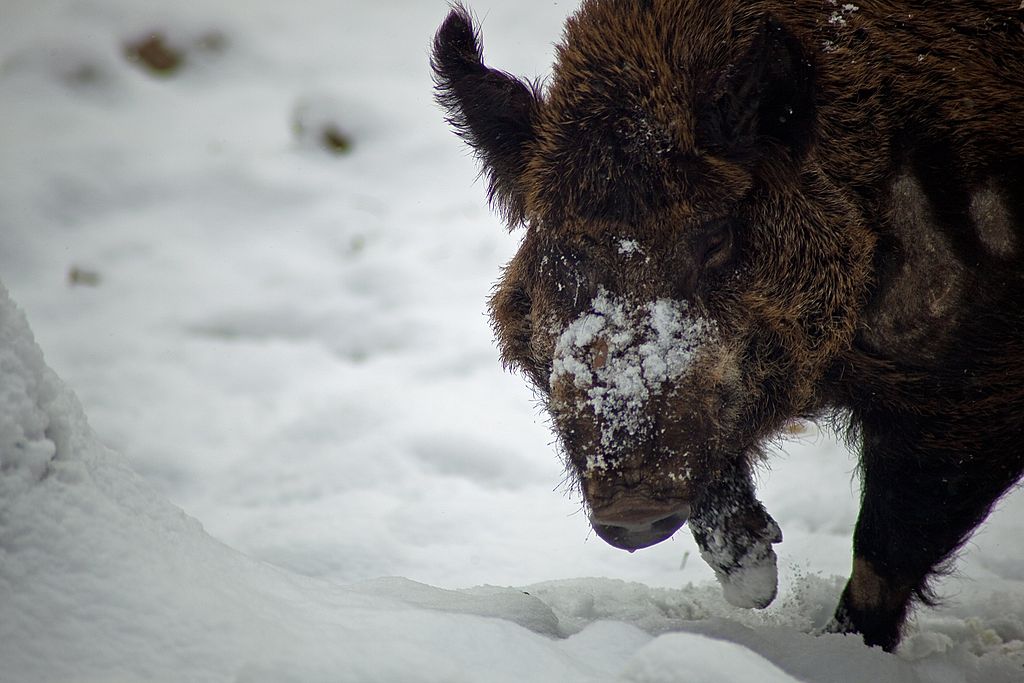 Feral hogs are stirring up trouble.

In the U.S. alone, an estimated seven million such pigs are spread across 35 states, where the omnivorous swine tear up soil and habitats looking for something—anything—to eat. They cause $2 billion in damage every year, according to the USDA, and can spread disease to domestic pigs and humans alike.

They are also an understudied threat to livestock, according to a study published Tuesday in the journal PLOS-Biology. In the paper, two wildlife scientists from Clemson University make the case that non-carnivorous animals such as feral hogs and elephants should be included in policies aimed at controlling more classic examples of livestock predators like wolves, coyotes, and lions.

“There are so many accounts of species doing damage,” says Christie Sampson, co-author and post-doc researcher at Clemson. “Let’s expand the conversation beyond carnivores.”

Around the world, large carnivores from bears to lynxes attack and eat thousands of livestock animals to the dismay of farmers. In 2010 (the most recent year for which this data is available), animal predators killed 220,000 cattle and calves, 247,000 sheep, and 554,000 goats—at a total cost of $138 million to farmers and ranchers, according to the USDA.

Little attention has been paid to them by the scientific community, but there are also examples of livestock attacks or losses by non-predator animals like buffalo in Kenya, baboons in Tanzania, the Kea parrot in New Zealand, and all manner of vultures, eagles, and crows worldwide. Because there are few studies documenting their frequency or cost, researchers believe they’re relatively uncommon. But when it comes to Asian and African elephants and feral hogs, the new paper claims, fatal livestock attacks aren’t rare at all.

Poultry and bovids like cattle, buffalo, and oxen can become collateral damage in a 12,000-pound elephant’s quest for food in agricultural fields or stores of grain. One survey of Kenyan cattle herders found 25 percent of them reported losing farm animals to elephants, and another conducted in Myanmar found the same rate of participants viewed the animal as a danger to their livestock. Several villages in that study recounted elephant-related losses between $550 and $800—one-third to half their annual salaries.

But hogs don’t just carelessly harm other animals on their way to find a vegetarian meal; they’re known to prey on calves and lamb for food. South Carolina is home to a steadily growing population of between 130,000 and 140,000 wild hogs that cause $263,000 dollars in livestock damage throughout the state, according to the study. In Texas a whopping 2 million feral pigs go after a variety of animals, though officials say it’s hard to detect such crimes “because hogs often eat the entire animal, leaving little or no evidence.”

“They’ll eat just about anything,” says Shari Rodriguez, an associate professor at Clemson and co-author of the study.

Decades of research have tried to minimize the impact of large, well-known carnivores by shooting them, using enclosures to protect livestock, or warding off unwanted animals with guard dogs or other deterrents (like scarecrows). But these practices—and studies of their effectiveness—are often limited to coyotes, wolves, and lions. Farmers and ranchers dealing with elephants or feral hogs are left with few proven strategies.

And while government-approved lethal and non-lethal removal is common for invasive swine, the situation is much more complicated for African and Asian elephants, which are ecologically imperiled. For those species, research could help unpack how elephants’ agricultural damage might affect local communities’ willingness to support conservation initiatives.

Rodriguez and Sampson say they believe some of the methods tested for large carnivores—electric fencing or guard dogs, for example—could be useful for hogs and elephants.

“Why reinvent the wheel?” Rodriguez says.

And when it comes to whether it’s a good idea to arm yourself and face off with dozens of feral hogs? Probably not, Rodriguez says.

“They don’t kill people. It’s very uncommon,” she says.“It’s getting a little blown out of proportion.”