They’re all such good boys! 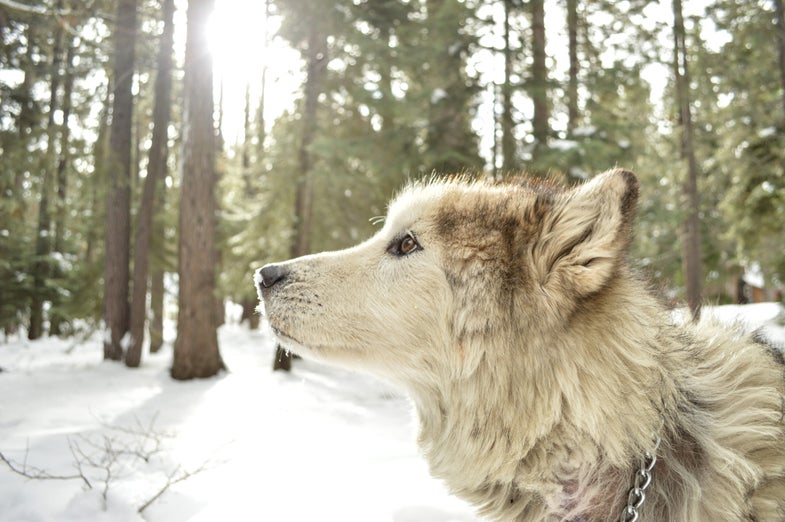 Wolves and dogs are a lot like children: they want everything to be fair and they have surprisingly elaborate social hierarchies. But unlike children, canines don’t throw temper tantrums if you give their compatriot a better treat—they’re far too mature for that. Our furry friends simply stop playing the game.

“Oh, you want me to press this button over and over but then you give tasty meat to my partner and some dry kibble to me? F*** that—I’m out. No, I don’t care how many times you call my name and tell me to come. I don’t care if I’m not a good boy.”

When humans domesticated dogs, thus separating them evolutionarily from wolves, we changed a lot about them. We gave them floppy ears, for example, and made them more subordinate. We also thought we might have given them unique cooperation skills. If dogs had to work alongside humans in order to be fed, maybe they evolved to have a sense of equity as well. We both work, we both get rewarded. If that hypothesis were true, though, wolves wouldn’t have the same desire for equity. But if dogs’ cooperative abilities are a carry-over from their wolfish brethren, wolves and dogs should both exhibit a sense of fairness.

And, as it turns out, they do.

A group of animal behavior researchers at the Wolf Science Center in Vienna decided to test the hypotheses using unequal reward systems on dogs and wolves. They published their results in Current Biology on Thursday.

First came the training. A wolf pack and a dog pack, all raised at the Wolf Science Center, were trained to press a simple button in order to get a food reward. The trainer says “press”, the animal presses, and the good boys and girls get a tasty bit of kibble—or maybe some meat if they’re really lucky.

If you put two canines in side-by-side cages where they can both see each other, things get a little trickier. The trainer stands in the middle with food and after the canines press the button each gets a reward. Wolves and dogs will do this repeatedly if everyone gets the same food. But if they don’t get a reward while their partner does, or if their partner gets a better reward—meat instead of kibble—they’re not happy campers. They don’t get upset, they just stop buying in. Wolves respond even faster than dogs, possibly because dogs have a stronger desire to please their humans and will put up with more before they opt out. But both canine types will eventually refuse to participate in the button pressing game. Some will simply stop pressing, others walk to the other end of the cage. And it wasn’t for a lack of love for kibble, because animals kept playing the game if they were doing so alone. They’ll keep pressing that button if they get any kind of reward—just don’t you dare try to reward some other dog more.

The effect was more dramatic when the partner dog was a subordinate. Alpha dogs and wolves stopped participating sooner if their social inferior was getting unfairly rewarded. Even after the experiment was over, partnered canines spent less time together. Dogs, more so than wolves, didn’t even want to be around their trainer after being treated unfairly.

The fact that wolves and dogs both react to inequity suggests that their sense of fairness is a shared evolutionary trait. We didn’t make dogs more cooperative by domesticating them—they always wanted to work together for an equal reward. In fact, we may have made dogs less cooperative and replaced some of that mutualistic instinct with a desire to be subordinate.

A 2014 study from the same Wolf Science Center tested wolves and dogs to see how well they could share food and work together to solve a problem. When given a bowl of food, wolves with unequal social standings will still get equal access to the food. Not dogs. Alpha dogs monopolized the food bowl while their subordinate got essentially no food. And when canines were given a box to open to get a reward inside the wolf pairs were mostly able to work together to solve the problem. None of dog pairs could—unless their trainers told them to. Dog puppies, on the other hand, could solve problems just as well as the wolves could, which suggests that we teach dogs to be so subordinate that they don’t follow their own instincts. Evolutionarily, this makes a lot of sense. Dogs weren’t necessarily rewarded for working with each other, they were rewarded for working with humans. And more specifically, they were rewarded for doing what humans told them to. Wild wolves are only rewarded for surviving, and if cooperating means getting more food then they’re going to learn how to cooperate.

It’s no wonder that we think dogs are too good for us—they’re so good they’re willing to do anything we say, even if it means they don’t get to eat a tasty treat. They really are too pure for this world…