We’re so close with dogs, even our poop looks similar

A new study finds that human and dog microbiomes have more in common than you might expect. 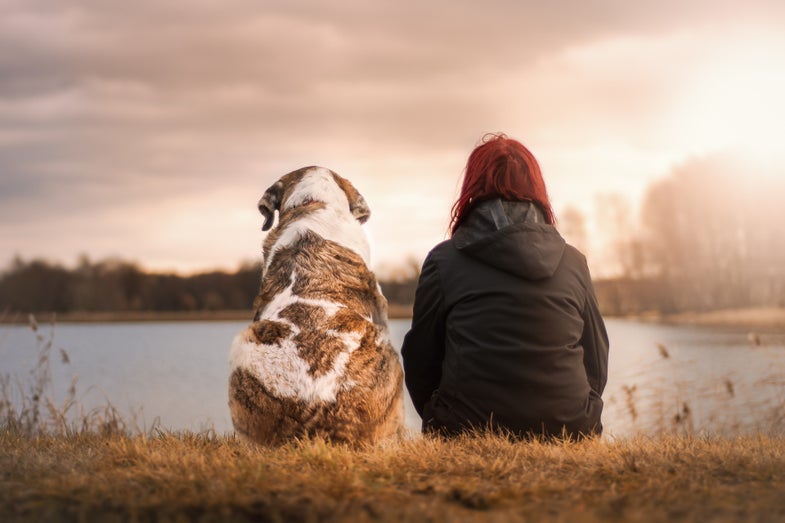 Evidence of our relationship with dogs goes deep—far into the gut, in fact. A new study published today in the journal Microbiome suggests that our microbiomes and those of dogs have striking similarities, which may have repercussions for both canine and human weight loss.

Studying dog microbiomes is important in and of itself, says study lead author Luis Pedro Coelho. After all, dogs are an important companion animal for humans as well as an occasional lab animal. Like pigs and mice, whose microbiomes were compared with those of dogs and humans in the study, they’re a research priority because we study them. But the new research also revealed something unexpected: the microorganisms that live in dog intestines are more similar to the microbes inside us than to those in either pigs or mice. That suggests that dogs might be a better subject for research into human nutrition than either of those more commonly used species.

The dog microbiome “has some of the same species [of bacteria] as the human’s,” Coelho says, “but different strains.” The researchers were surprised to see this, he says; if anything, they would have expected that dogs would share a few strains of bacteria with their owners. Instead, their intestinal flora could be cousins.

To do the study, researchers at the European Molecular Biology Laboratory and Nestlé Purina Research worked with a sample of 32 beagles and 32 Labrador retrievers. Half of the members of each breed were overweight, while the other half were a healthy weight. For four weeks, they fed all of the dogs the same diet of Purina. Then, they collected poop samples, which is the most straightforward way to get a snapshot of each animal’s intestinal flora. After that, they sorted the dogs into two randomly selected groups. One group ate a high-protein, low-carb diet while the other ate the opposite. At the end of another four weeks, they did the poop test again.

The scientists then sequenced the DNA in these two snapshots to reveal the kinds of microbes that lived in the puppers’ guts. One thing they found was that the leaner dogs’ microbiomes changed a lot less than that of the overweight dogs. That’s significant because it provides evidence for the way a “healthy” dog microbiome should behave. But their finding about the relationship between human and dog microbiomes is what Jack Gilbert, a researcher at the University of Chicago’s Microbiome Center, thinks is newsworthy. Gilbert was not directly involved with this study, but does do scientific consulting for Purina.

“Dogs were domesticated early in modern human history and frequently shared food resources with humans,” the researchers write. That relationship has been suggested as a reason why dog digestive systems are similar to humans’ today. And we continue to mirror each other—obesity rates in dogs have risen as ours have. Just like research on human microbiomes, these results could affect how dog-food makers approach their recipes, he says, enabling us to give our pups better digestive health. And since so much of the gut flora is the same across species, dogs would be a much better subject for research into human nutrition than pigs or mice, which we use now, and could give us more detailed data than observational diet studies. Dietary studies on humans have a number of difficulties, like the fact that researchers can’t just feed humans the same thing for months on end.

“You can control a dog’s diet much more than you can do a human’s,” says Gilbert. The same goes for pigs and mice, but the fact that dogs have such a similar microbiomes to humans means that studying their response to certain diets could produce the best results.

It’s an unexpected relationship, Gilbert says. After all, “pigs have a very similar immune system to humans” and are more omnivorous than dogs generally are, which are both characteristics that shape the microbiome. Yet the canine gut is closer to ours than the porcine one. It’s not yet known precisely how the dog and human microbiomes became so similar. What we can say now is that our historic relationship with dogs has even more benefits than a cuddle or a game of fetch.