Hold onto your butts: Don’t let dogs get stoned on your leftover weed

Here's what to do if your furry friend is flying high. 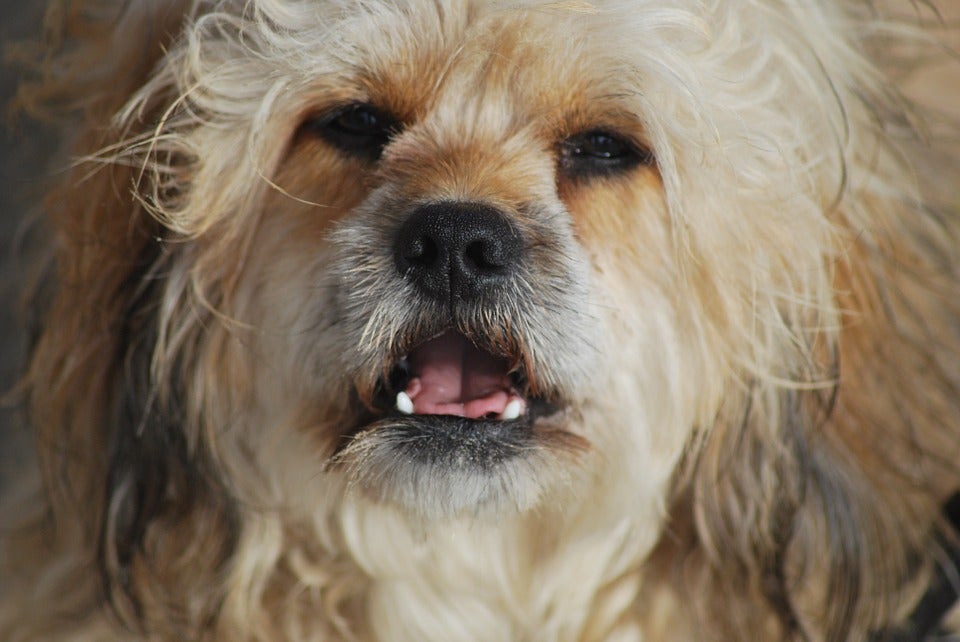 Each morning, podcaster Paul Bae tries to explore a new trail in his nature-rich community in Vancouver. He lets his three pups off leash and turns on a podcast for himself. As they walk, Bae listens to wild serialized stories and revels in strange experimental soundscapes—but only through one earbud. He has to keep one ear out for his furry friends, lest they get themselves into trouble.

His hike on December 13 seemed no different than any other. But when they got home, Bae noticed something was wrong with his newest rescue, an anxious pitbull named Ella. “We got home at noon, she was totally fine, went to her space on the couch,” he says. “When I call them for food, she usually jumps off the couch… This time, she was so groggy she could barely make it down the steps.” Bae and his partner rushed Ella to the vet. “She carries her out and I’m like, ‘What’s wrong with her?’” he recalls. “And she has this wry smile on her face and says, ‘Our little girl is high.’”

As best as their vet could tell, Ella had accidentally eaten the leftovers of a joint or a forgotten edible on the trail—some marijuana-infused treat most certainly not made with dogs in mind. While instances like these are few and far between, Tina Wismer, the medical director of the ASPCA’s Animal Poison Control Center, told PopSci cases of pets consuming marijuana-containing products have been steadily rising. “Our cases have certainly increased over the past few years,” she said via email. Case numbers are still small compared to ingestion of chocolate or ibuprofen, she added, but “veterinarians around the country have indicated an increase.”

There’s a certain logic to this spike: On January 1, California became one of eight states (plus the District of Columbia!) to legalize recreational marijuana. This year, about a dozen states are considering legislation that would do the same. In Canada, where Bae lives, marijuana may only be legal for medicinal purposes, but federal legislation could make recreational use legal come July. Even now, studies show residents of Vancouver (jokingly referred to as “Vansterdam”) are open to cannabis consumption, whatever the law may say.

While many advocates of marijuana are pleased by this changing tide, their pets are a different story. Little data is available on how non-human animals respond to marijuana, but all the evidence we do have suggests the psychoactive components of the drug are rather unpleasant for Scruffy. “The most common clinical signs after ingesting marijuana are ataxia (drunken gait), lethargy, and urinary incontinence,” Wismer of the ASPCA writes. “However, about 25 [percent] of patients may present stimulated instead.” For these doggos, things can get dangerous—they may experience disorientation, a slowed heart rate, low body temperature, dilated pupils and tremors. If dogs get into a stash with high concentrations of the psychoactive compound THC, Wismer says they may even experience a steep drop in blood pressure or slip into a coma.

Hearing this, it can be hard to imagine how marijuana could ever serve as medicine. But as PopSci reported in 2016, scientists really are looking into the potential medicinal uses of cannabis in dogs and other pets. Early evidence suggests that, just as in humans, cannabis could provide animals with substantive pain relief. What makes this different from the kind of marijuana Bae’s dog Ella got into? “Most products that are being touted for pain control contain CBDs [cannabidiol compound] and not THC (a psychoactive compound),” Wismer explains. “Most of our pet intoxications are due to edible products that are high in THC.”

In other words, scientists in a lab may be able to isolate the beneficial compounds within marijuana, but a discarded joint like the one Ella found is completely uncontrolled, both in content and in dose.

Bae says he was relieved when the doctor told him Ella was only high, and not suffering from some life-altering illness. But that didn’t make his dog’s recovery any easier to watch. For the next three days, Ella, with her dilated pupils and unsure footing, had to be ferried up and down the stairs and soothed after the slightest sound disturbed her. Bae says she spent most of the time staring at her own reflection in mirrors. He did his best to keep her happy and comfortable (and supplied with an appropriate soundtrack).

This was day 3 of her being stoned two weeks ago.

All in all, Bae did what every dog owner should. When a dog like Ella loses control of their legs or seems extremely disoriented or verging on comatose, Wismer says, it really is important they see a vet to rule out other causes or intervene if necessary. Dogs that have a less severe reaction—a little disoriented or just a bit slow to respond—can stay home in a quiet space and recover.

The whole ordeal seems a little funnier with hindsight, but Bae says living through it was a “nightmare.” He’s afraid it will happen again, but recognizes that with three dogs, even constant vigilance won’t necessarily prevent another accident. Ultimately, he says it’s important that people recognize the harm their trash—and especially their discarded drugs—can do. “This is a shared use thing where we have to be cognizant of other people and how they use the trail,” he says. “Don’t just discard stuff. Be very careful what you take into the forest.” As they say in the Boy Scouts, if you pack it in, you better pack it out.