Sloths aren’t the picky eaters we thought they were

When their favorite food isn't available, they will try something else. 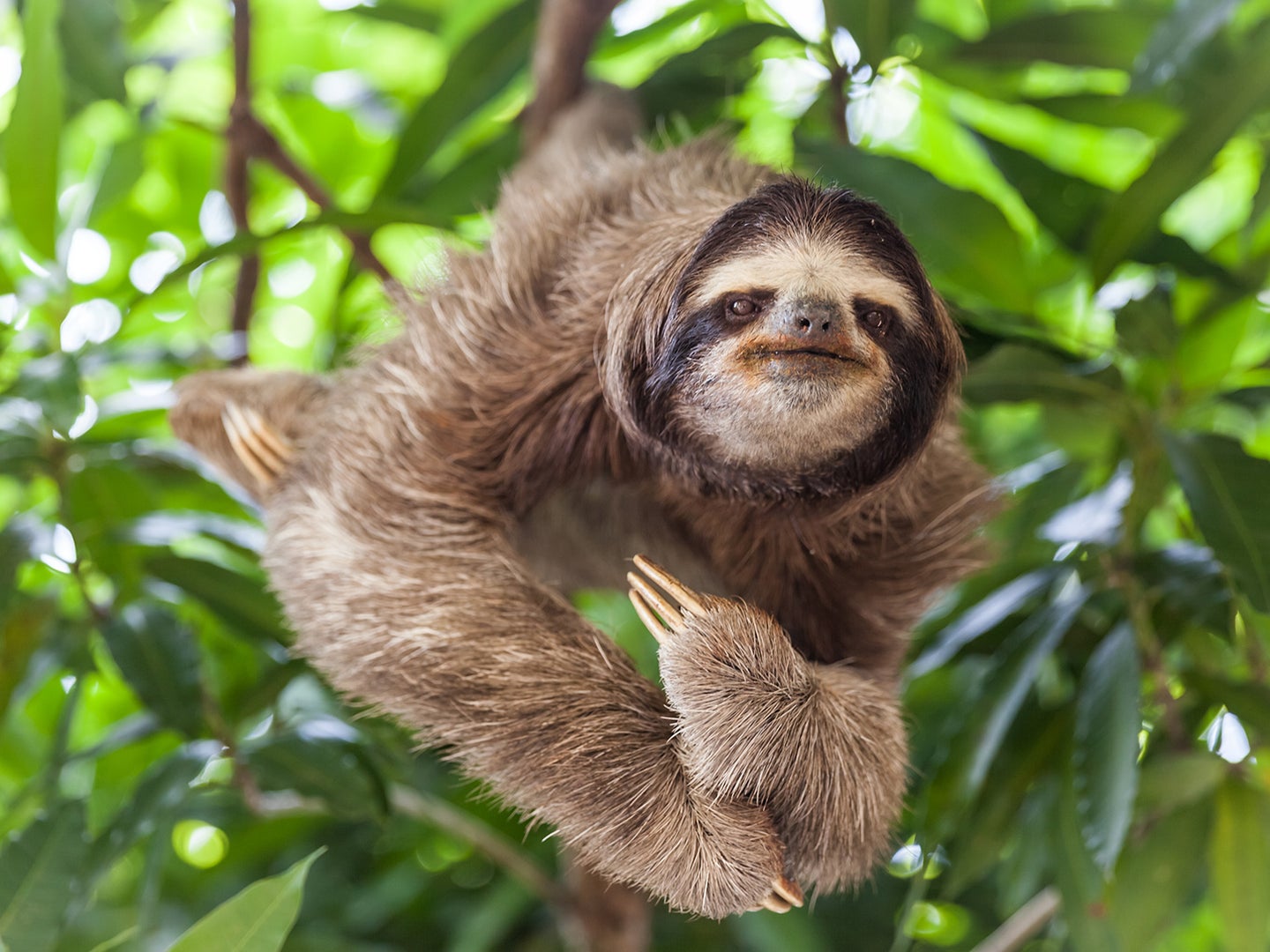 Face to face with the sloth. Parkol / shutterstock
SHARE

Unless you live in the tropical rainforests of South or Central America, most of the sloths you’ll encounter will be two-toed sloths. This is because they are able to eat quite a varied diet and are therefore relatively easy to keep in captivity. Their relatives, the three-toed sloths, on the other hand, have a very restricted diet, subsisting solely on Cecropia: a group of fast-growing tree species with soft wood and large, juicy leaves.

Or so it has always been thought. A paper published today by the Royal Society gives quite a different picture of the lifestyle of three-toed sloths.

The authors of the paper looked at how the availability of different tree species, including those of the genus Cecropia, affected the survival and reproduction rates of sloths. Given that these trees are the sloths’ favorite food, this specialist sloth species might be expected to spend most of its time in them. However, the authors found that at certain life stages, sloths may desert their favored tree for other species.

Density of Cecropia is critical to the survival and reproductive success of adults, especially the males, but was not correlated with survival rates of juveniles. The authors attribute the differing importance of Cecropia at different life stages to the shape and growth habits of the tree, and they give a detailed analysis of its effects.

Because Cecropia species grow fast and produce lots of leaves with few chemical defenses rather than a few leaves that are defended by a lot of toxins, there are always young, palatable, easily-digestible leaves available for adult sloths. The leaves also contain essential nutrients that keep sloths in good health, which would suggest that juveniles should also favour them.

Cecropia foliage consists of a fan of large leaves at the end of a long stem or branch with no other leaves on it, giving it an “open structure”. This means the tree does not make a good hiding place for young sloths, who may be more vulnerable than adults to predators like jaguars or eagles, even though they are quite well camouflaged. Similarly, mothers with babies may choose trees that have a thicker canopy as their maternity ward, moving back to the Cecropia tree when the baby is older.

This open structure is important when it comes to mating. Sloths are solitary creatures with extremely poor vision and, when the time is right, they need to find a mate from a widely dispersed population. Since the males are not equipped to go rushing around the forest looking for a receptive female, it is vital that they are able to be seen and heard when communicating their intentions to the local females. The relatively sparse foliage of Cecropia species is ideal for this, allowing the mating calls of the lonely males to travel much further than in the denser canopy of other trees.

The authors of this paper suggest that, when necessary, three-toed sloths are able to live in habitats that are less high quality than virgin forest. Young sloths and nursing mothers may use tree species that are less nutritious than Cecropia in order to avoid the risk of predation, and in conservation terms, that may mean that they can exist on a less specialized diet if it is necessary to move or breed away from their natural habitat.

This may be an important finding for sloths in the wild, since cocoa cultivation is a very present factor in their environment. Cocoa trees require a shady environment and, in Brazil, are traditionally grown as an understory layer beneath native forest trees. This is great news for the three-toed sloth as these areas of “agroforest” provide both the open structured Cecropia trees and a variety of other, denser canopied species, so can accommodate all the life stages of the sloth. Because they are of commercial use to humans, the cocoa trees are also less likely to be felled, so the habitat is relatively secure.

Until now, it has been thought that three-toed sloths are not able to make use of this agro-forest as two-toed sloths can, but this paper suggests otherwise. Since the agro-forestry project in Brazil has an ultimate goal of 557,500 hectares of forest being used for cocoa production, it is important that sloths are able to make use of this habitat for at least part of their life cycle. The authors suggest that targeted conservation efforts, such as planting Cecropia trees as part of cocoa agro-forestry, could help sloths in areas such as Costa Rica, where they are of conservation concern.

This study may have significance for the conservation of other “specialized” herbivores across the globe, if it is found that sloths are not the only animal to be able to survive on less favored plants. The authors remark that forests that are regenerating are better able to support specialist species than we thought—and given the current levels of deforestation globally, this must surely give us some hope for the future.

Jan Hoole is a Lecturer in Biology at Keele University. This article was originally featured on The Conversation.