Bats, too, love the city life

Places like Washington, D.C. offer them a safe haven from disease 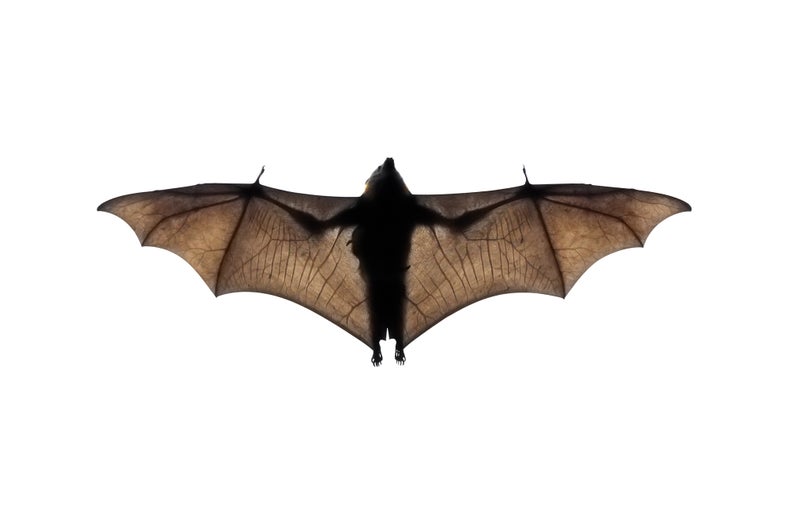 At a sprawling 1700 acres Washington, D.C.’s Rock Creek Park is a classic big city park. Surrounded by apartments, offices, and infrastructure, it’s a mixture of trees, trails, and pockets of nature that feel like wilderness. It is also home to bats. Many cities—from the District of Columbia to New York City to Los Angeles—are home to flying mammals from the genus Chiroptera, better known as bats. Though concrete canyons might seem vastly different from a cozy cave, bats can thrive in cities.

“For the most part we do still have good urban habitat,” says Lindsay Rohrbaugh Wildlife Biologist with the D.C. Department of Energy and Environment, pointing to parks like Rock Creek or DuPont National Arboretum in D.C. as places where bats have access to a protected natural setting. “And a lot of the common bats, like big brown bats, have adapted to what they have—people are finding them in their homes roosting,” Rohrbaugh says.

Rohrbaugh has studied the bat presence in D.C. for several years. The department’s interest in the animals began when white-nose syndrome, a fungal infection introduced to the United States from Europe in 2006, began to decimate bat populations across the country. Since then, more than six million bats have died across the United States and Canada. And while D.C. has also seen a decline in its bat populations, the city still has isolated pockets of bat species like the Northern Long-eared bat that have been all but extirpated from nearby states.

“There are places in Virginia and Maryland that don’t see them anymore,” says Rohrbaugh. “So, why are they here in the city? Maybe there’s some place that they’re going where they’re not being impacted by the white nose.”

Rohrbaugh is trying to find out, using techniques like mist netting and acoustic surveys. Mist nets help trap bats, allowing researchers to band them, and perform noninvasive tests. Acoustic surveys let biologists count the number and types of bats that fly by a location by recording their echolocation calls; different species of bats have different calls. Computer software can analyze the recordings for frequency and bat type.

That said, her research is limited by the fact that before white-nose syndrome emerged nobody was really studying city’s bats, so we don’t really know how many bats there are compared to the past. Rohrbaugh’s only clue of how many bats were in D.C. was one study that only covered part of the city. And it’s a problem that’s not just limited to D.C. or other urban centers—many areas didn’t do comprehensive surveys of their bat populations before white-nose syndrome struck in 2006.

“Before, people probably didn’t see the importance of urban bats because bats were plentiful then and we weren’t concerned about them,” says Rohrbaugh. “A lot of funding goes towards things we’re concerned about studying. If the species isn’t declining, nobody is concerned about it.”

Of course, as white-nose syndrome illustrates, theres’s a problem with that funding cycle. Without basic research and a good understanding of what a normal ecosystem looks like it makes it that much harder to assess the situation when something goes wrong.

Still, as bats numbers decline, projects like the Urban Bat Project are educating people about the importance of bats, even in urban settings. Bats can help control insect populations and pollinate plants. Now, a growing number of people are starting to build bat houses, which give bats a place to roost during the day and raise their young. Cities like D.C. are beginning to arrange bat walks where people go out around dusk to see the nocturnal animals fly out from where they’re roosting during the day. They’re also beginning to pant bat gardens with the sorts of native plants that attract pollinators like bats who feast on insects. If you want to join in on the game, the Organization for Bat Conservation has tips on building your own bat garden.

In the meantime, researchers like Rohrbaugh will keep an eye on these flying city-dwellers.

“This is a terrible disease that has impacted bats suddenly,” cautions Rohrbaugh. “We have a long way to go before we have all of the answers and there’s a lot more work to be done. Even in cities.”