Why Are Bats’ Immune Systems Totally Different From Any Other Mammal’s?

Bats host more pathogens than most other mammals. Why aren’t they always sick? 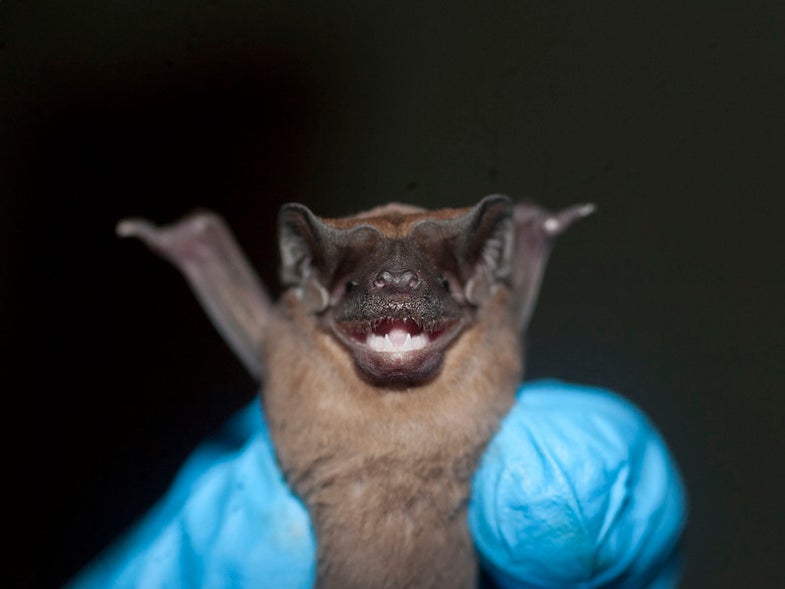 Bats may be both ecologically and economically valuable, but they are also notorious for transmitting diseases particularly rabies and maybe even Ebola. The bats themselves, however, don’t often get sick as they have impressive immune systems unlike those of any other mammals, according to a study published this month in Biology Letters.

Bats host more pathogens than most other mammals, yet they rarely get sick—however their immune systems have been so little-studied that scientists didn’t know why. In this study, the researchers tested the immune response of the Pallas’s mastiff bats, which live in Panama. They held a total of 34 bats in captivity and dosed them with a compound called lipopolysaccharide (LPS). By itself, LPS is harmless, but since it’s a chemical commonly found on the membranes of many disease-carrying pathogens, the researchers expected the bats’ bodies to respond as if they were infected.

The bats didn’t show any of the typical signs of infection—no fever, no increased white blood cell count—that other mammals would. The only sign that anything was wrong was that their body mass decreased slightly, which showed their immune systems were engaged.

These results are even more puzzling to researchers. They hypothesize that the bat’s drastic temperature changes over the course of the day might have something to do with it. When a bat sleeps during the day, its temperature drops to conserve energy, which might slow the pathogens’ spread; when it goes out at night to hunt, its temperature skyrockets to more than 100 degrees Fahrenheit, which could work like a daily fever to increase the activity of certain kinds of immune cells. Birds have similarly high body temperatures when they fly, but their bodies do respond to LPS with fever.

Overall the researchers concluded the study with more questions than answers about how exactly a bat’s immune system works. Future studies are needed to understand how their immune systems use the same cells for different roles than in other mammals, or if they stave off disease with different cells altogether. Understanding the mechanisms behind he functioning of their immune systems might also show researchers why it’s been weakened by White Nose Syndrome, which is ravaging bat colonies all over the world.