The Beauty And Function Of Feathers

In a new book, get a close look 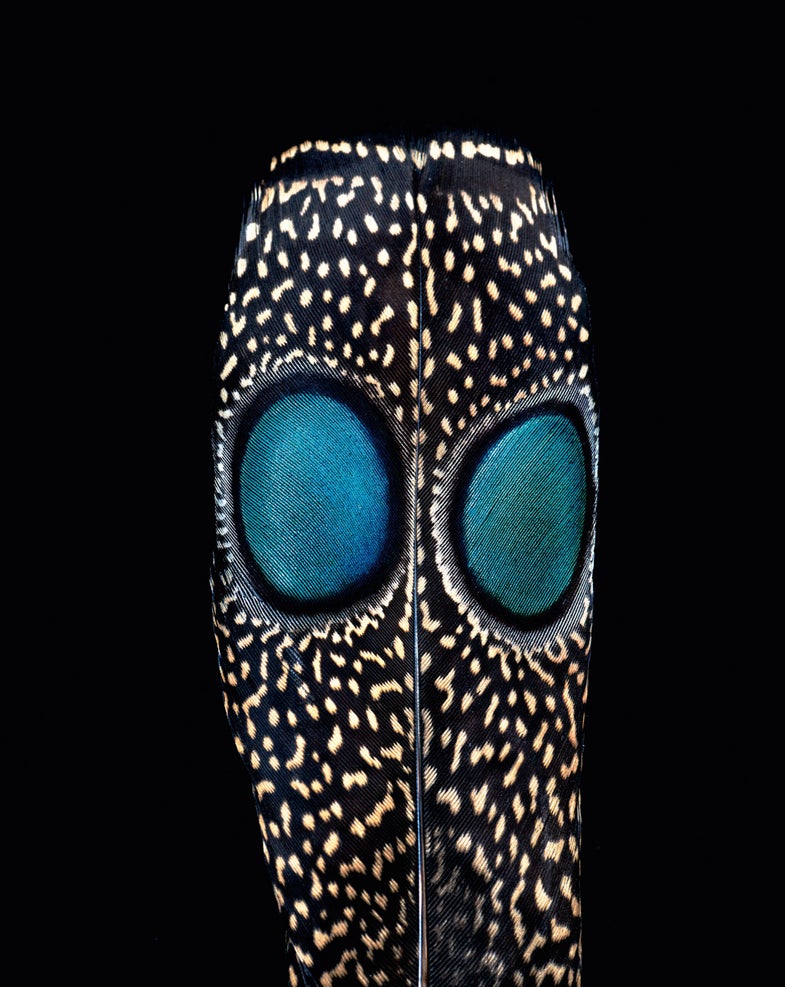 The largest of the Asiatic pheasants, the grey peacock-pheasant sports tail feathers dotted with ocelli—round markings that look like an eye—which appear to change color in different light. During the male bird’s mating dance, he directs his colorful feathers toward the intended female. Robert Clark
SHARE

Photographer Robert Clark gives us all a closer look at the sometimes flashy, sometimes practical art that is bird feathers. In his book, Feathers: Displays of Brilliant Plumage, to which science writer Carl Zimmer wrote the preface, Clark captures the beauty of more than 60 feathers, with a brief explanation about each.

The book, published by Chronicle Books, is now available.

Below are some of our favorite images and captions from the book. 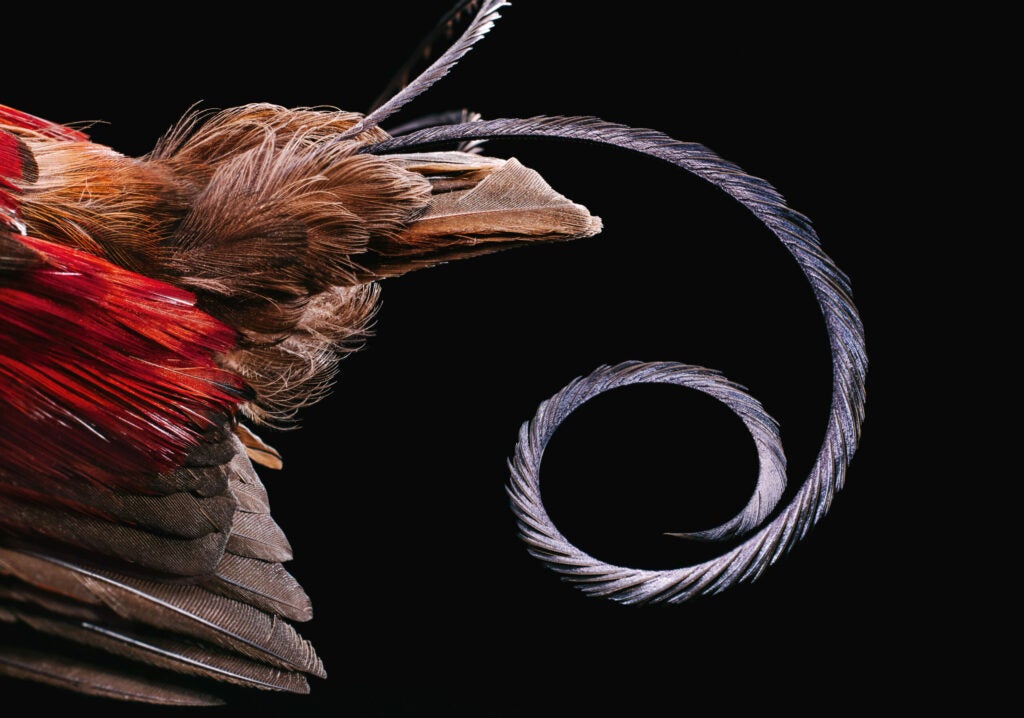 This image shows a single tightly folded tail feather of Wilson’s bird-of-paradise. The most curious feature of this species is the elaborate display the male birds employ to attract a mate. During mating season, the male birds first make a clearing on the forest floor, removing all twigs and detritus. Once a female suitor arrives, the male performs a dazzling dance. 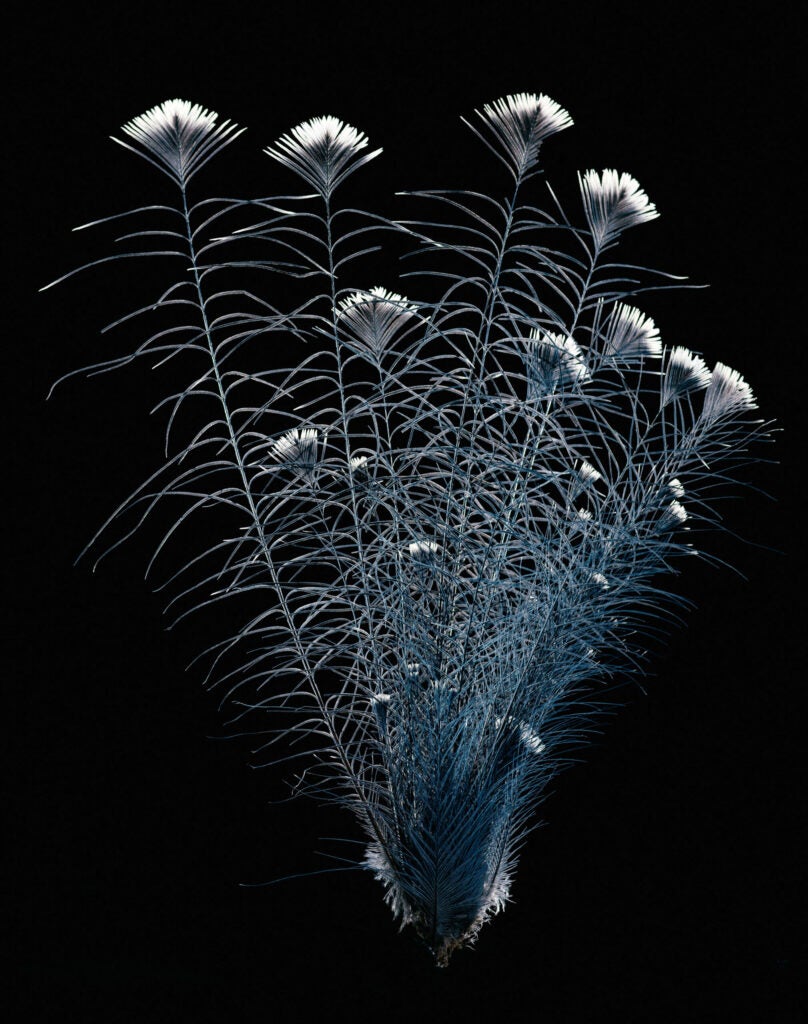 A member of a small genus of ground-dwelling pigeons from the Columbidae family, Victoria crown pigeons are known for their loud hooting call, sometimes accompanied by a clapping sound as their oddly shaped wings bat the air. Weighing in at more than seven pounds, they are the largest members of the pigeon family. 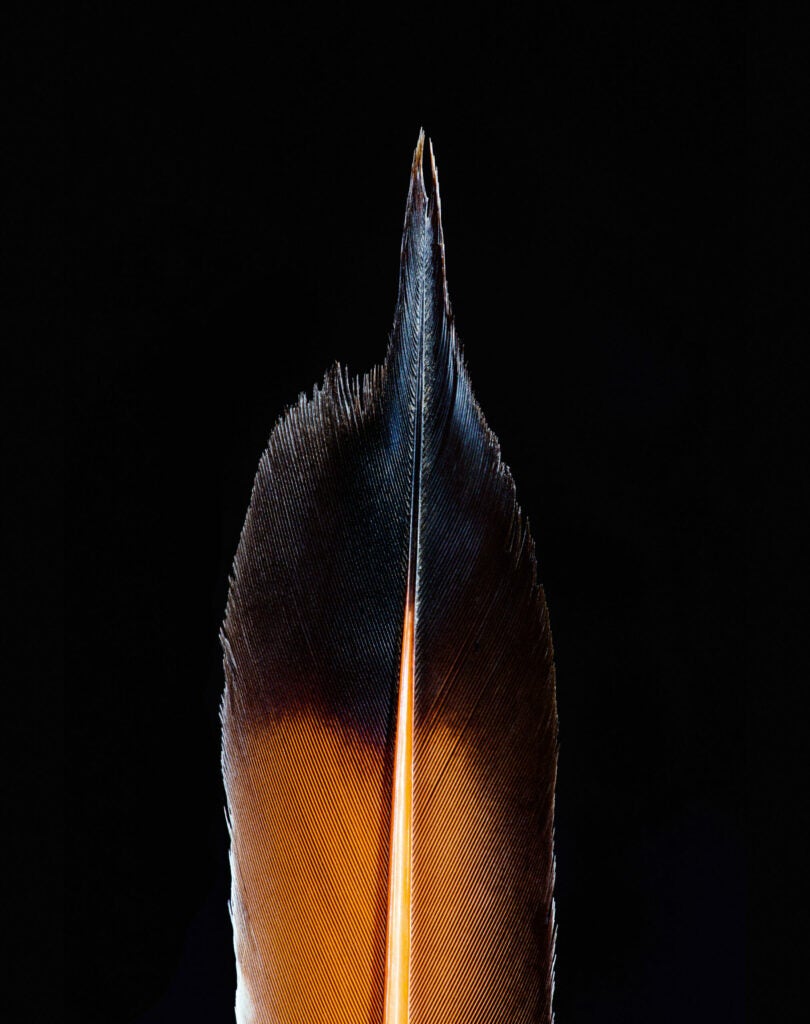 A varietal of the common woodpecker, the red-shafted flicker’s feathers have developed to suit its environment. The notched margins of this bird’s wings serve two purposes: the feathers allow for quick, articulate flight, and the stiff rachis—the feather’s central shaft—allows the bird to hold itself against a tree as it burrows deep into the bark to find a quarry of small insects. 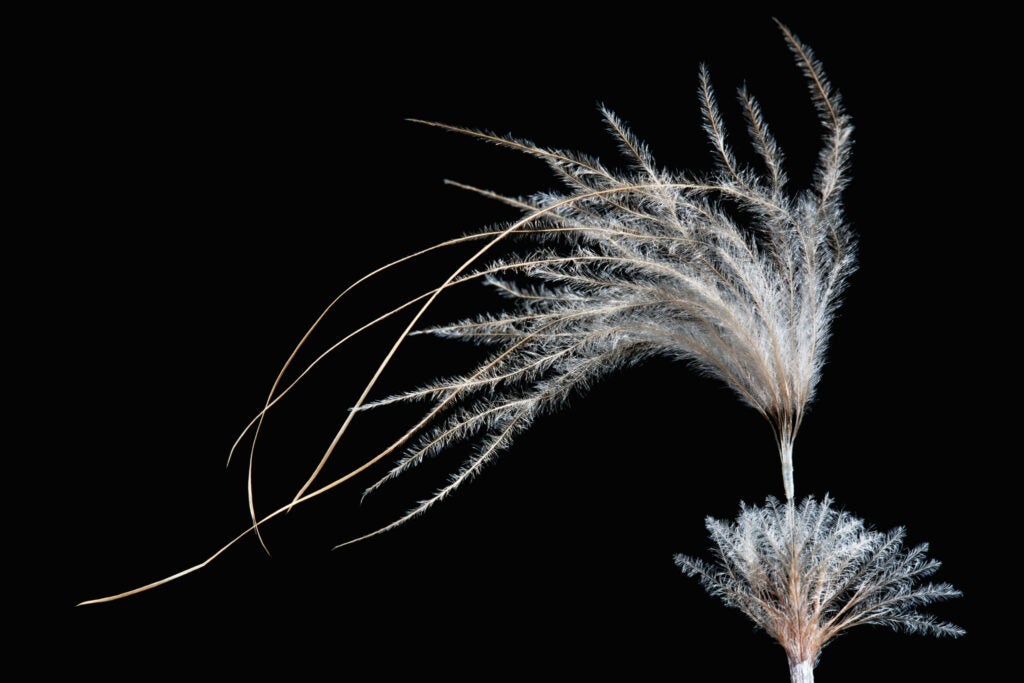 Also known as the camel bird, the ostrich has one of the largest ranging distances of a terrestrial bird. The birds’ powerful appendages allow it to reach speeds of 41 miles per hour. Their otherwise useless feathers can be used to adjust for balance while the bird is running. The chick’s bristle feather pictured here is covered in a fine down that the bird will retain through adulthood. Though the adults may appear to be bare-skinned along their neck and legs, they have a fine network of hairlike feathers that cover their appendages. 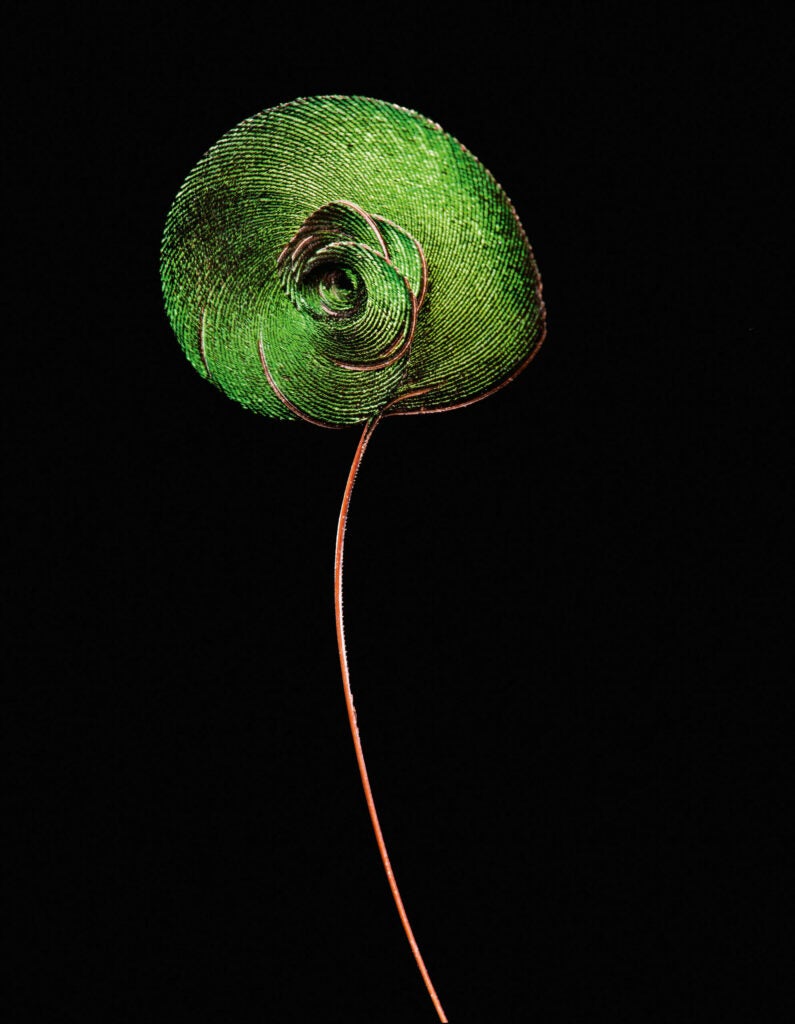 The king bird-of-paradise is a bright red bird with oddly shaped wings. The pair of tail wires shown in this photograph serves non-mechanical purposes; like other birds-of-paradise, the king uses its bizarre feathers in a complex mating ritual. 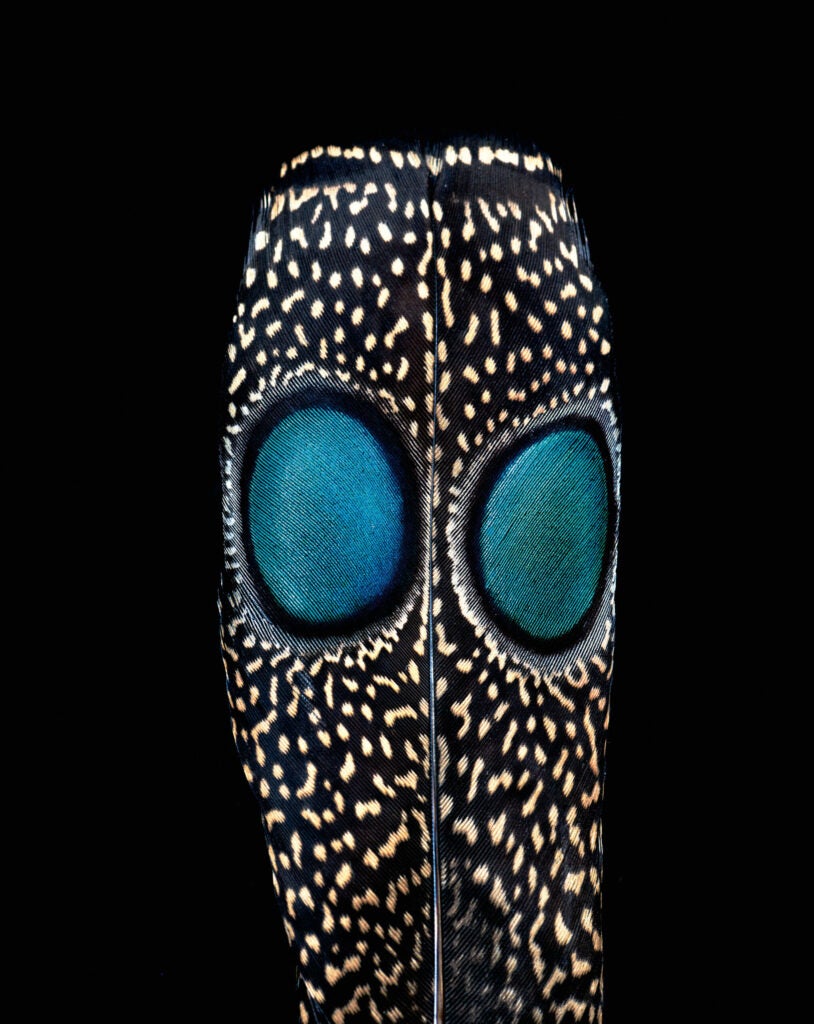 The largest of the Asiatic pheasants, the grey peacock-pheasant sports tail feathers dotted with ocelli—round markings that look like an eye—which appear to change color in different light. During the male bird’s mating dance, he directs his colorful feathers toward the intended female. 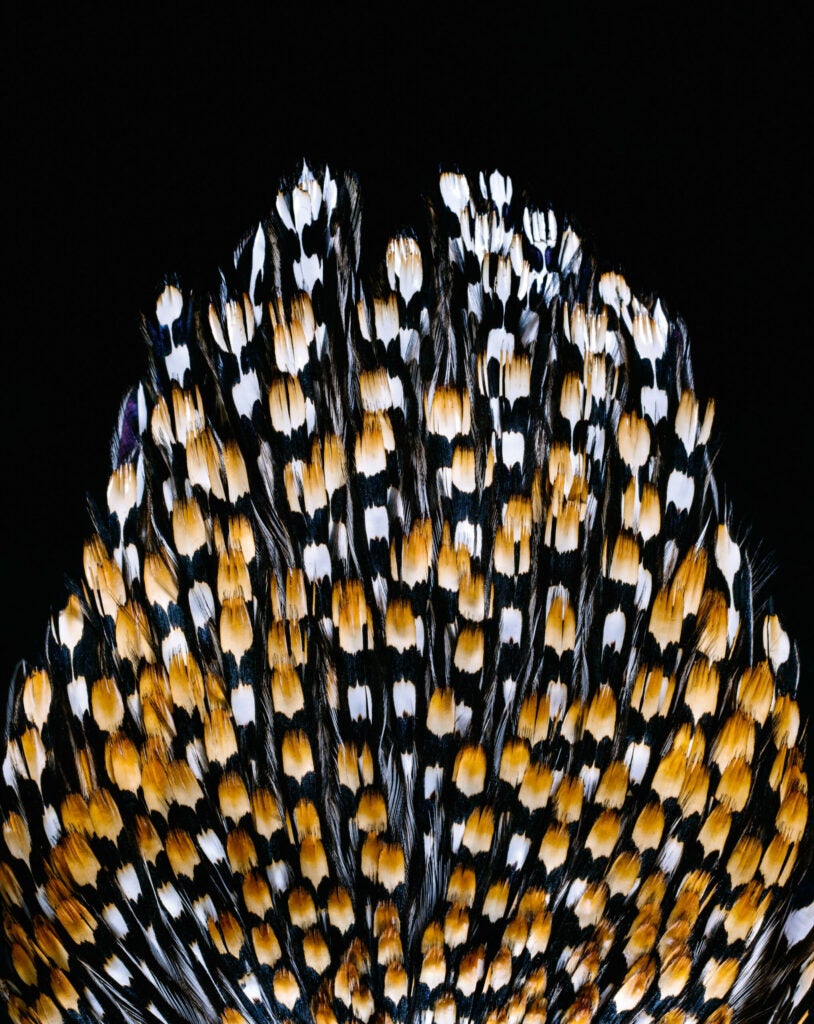 If it weren’t for its remarkable gold and black crest, the gray junglefowl would look very much like a common farm chicken. Its colorful crest is made up of a collection of paper-thin feathers laid on top of one another. 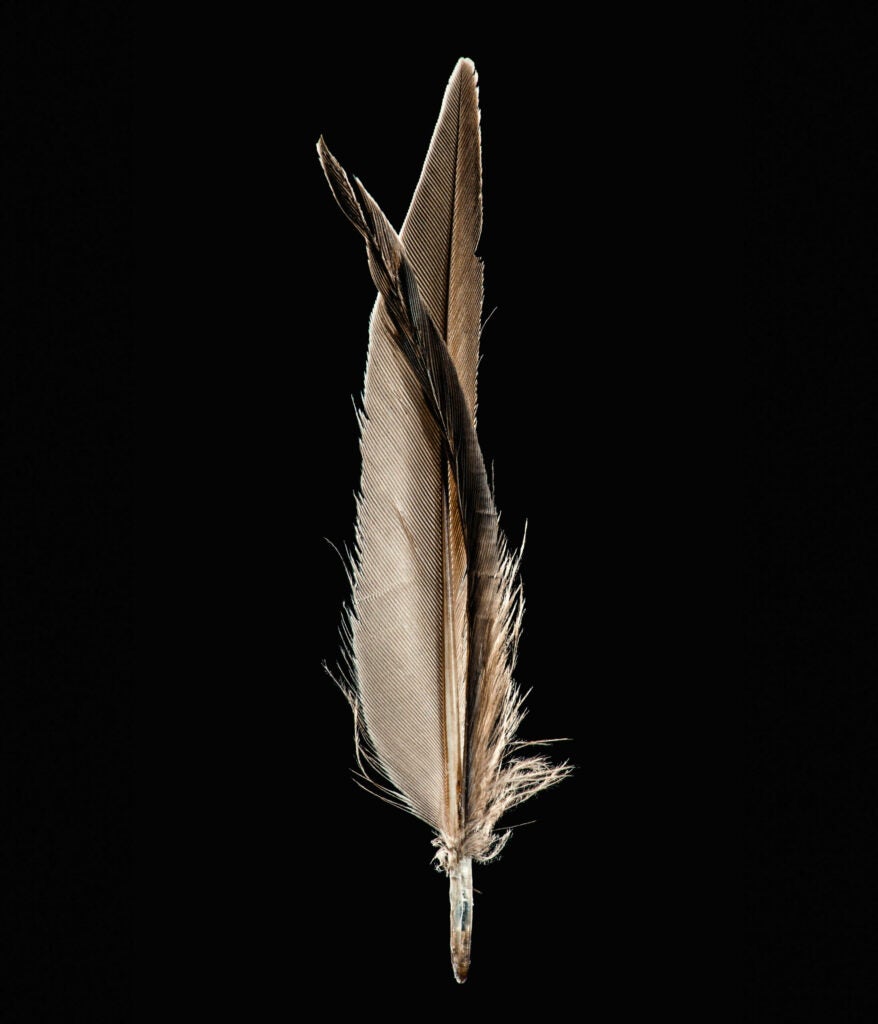 The common swift spends the majority of its life in the air. Because of this, the bird’s wings have a small surface area designed to be flapped on a constant basis. Swifts demonstrate a bounding flight in which they never appear to be gliding, but instead performing a kind of controlled fall. 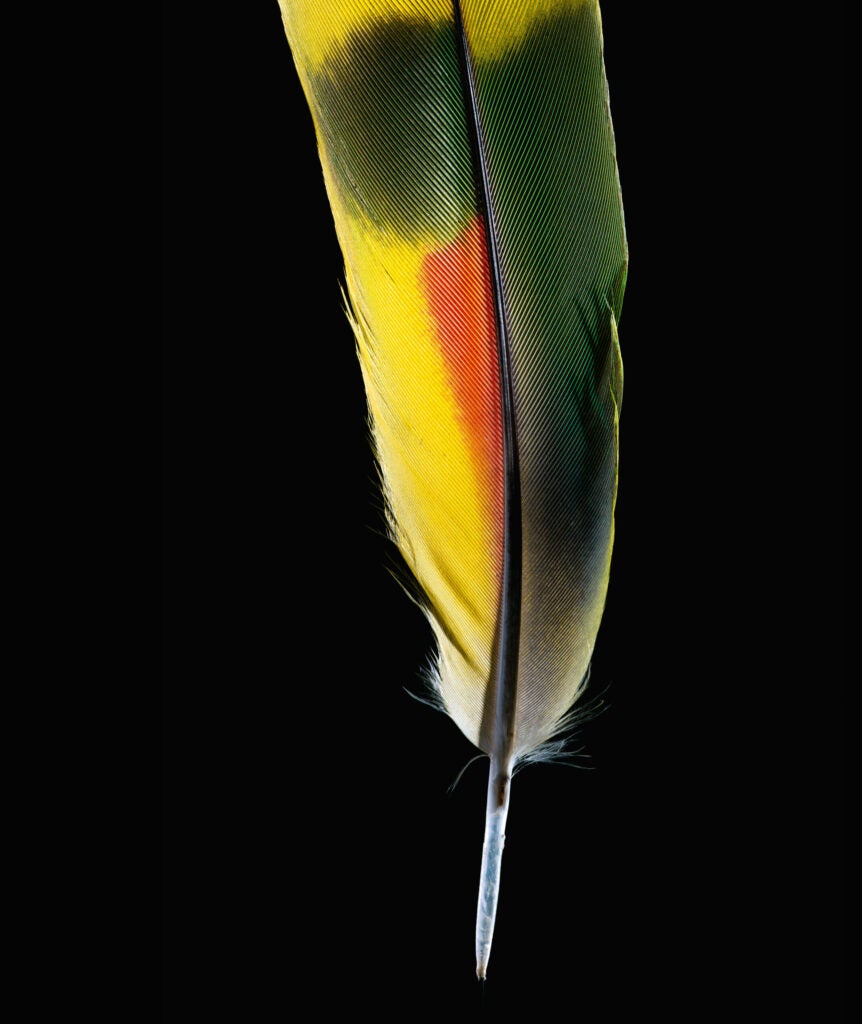 A popular pet that can learn up to fifty words and phrases, this member of the Psittacidae family is a curious and gregarious bird. The birds have more color-receptive cones in their eyes than other birds, a feature known as tetrachromacy. Though the feathers covering the male and female birds may appear very similar to the human eye, the birds’ extra cones allow them to distinguish subtle differences in color. Named for the blue patch above their eyes, the bird’s body is covered in patched colors of green, red, and yellow. This secondary feather of the right wing shows off the brilliant yellow hidden in the bird’s wings when it’s not in flight. 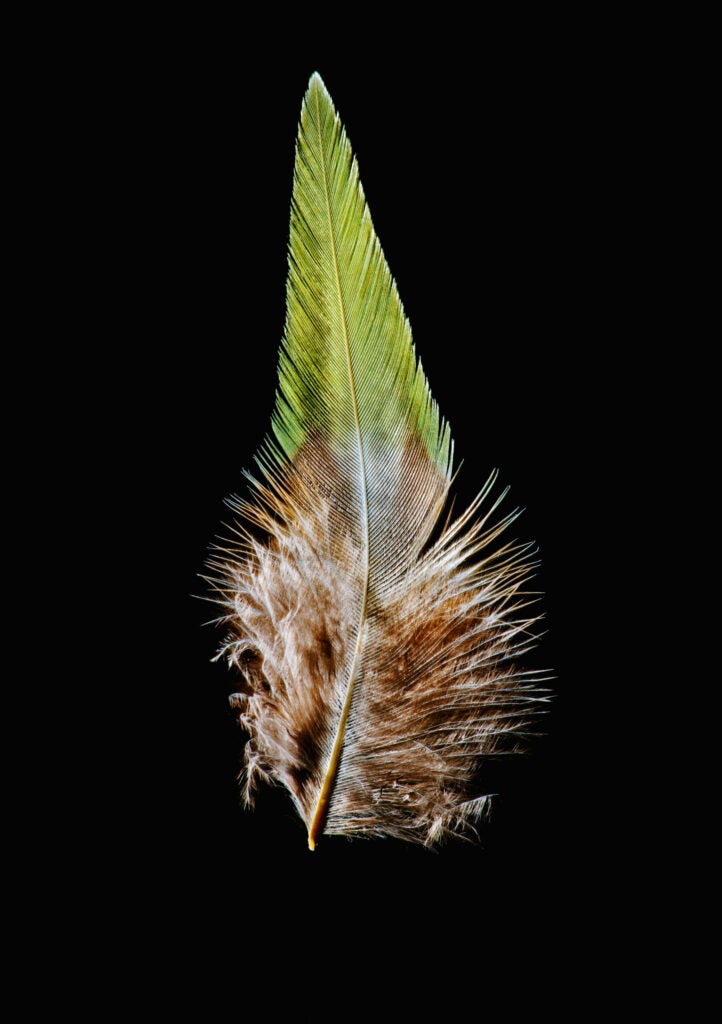 These relatively small pheasants are strong runners, but not effective fliers. Their game-bird-shaped wings are designed only to maneuver through tight spaces in escape rather than for sustained flight. Male blood pheasants display a remarkable palette of colors; the female birds have more muted feathers.
Animals
Birds
Wildlife
books
feathers
Photography