Putting birds to work on the farm 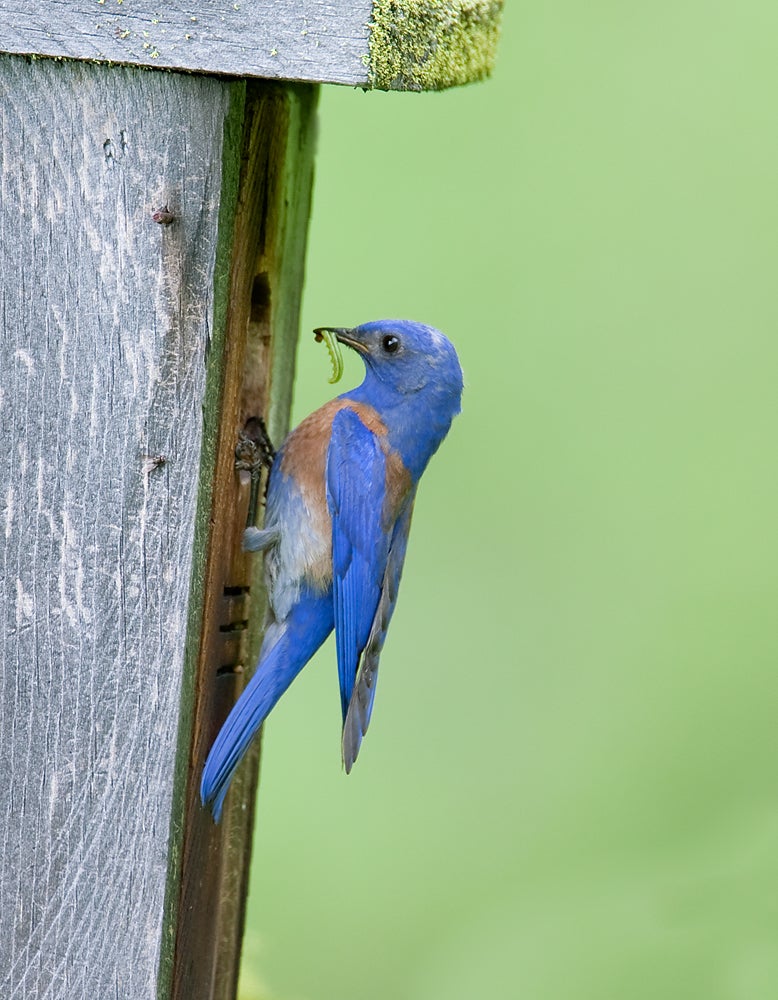 Ah, the sweltering beauty of Napa Valley in the summer. The grapes are growing, the sun is shining, and researchers are out in the fields picking up birds and collecting their poop.

In a study published Wednesday in The Auk: Ornithological Advances researchers announced that bluebirds in vineyards might be doing winemakers a huge service, eating up pesky insects in exchange for their room and board in birdhouses.

Julie Jedlicka, the lead author of the paper, has been studying the interactions of birds and vineyards for years. Her dissertation investigated whether placing bird boxes in vineyards would help species with declining populations recover. As vineyards and other agricultural enterprises have sprawled across the country, people have increasingly cut down the dead trees that bluebirds used to call home.

After establishing that (duh) birdhouses are good for birds, the next step was to figure out whether or not vineyard owners got anything from the deal. With the cooperation of vineyard workers, Jedlicka and her colleagues collected 237 fecal samples from nesting and adult bluebirds in the vineyards of Napa, then analyzed the results using a relatively new approach called “molecular scatology.” They essentially analyzed the bird’s poop for DNA fragments, matching them up against a known database of the DNA of species from around the world.

“Getting the samples was actually one of the easier things to do,” Jedlicka says. “Birds have an innate reflex when you handle them to poop. I don’t know if you scare the poop out of them or what have you, but a lot of people that work with birds will tell you that when you take a bird out of the net, you can get a sample easily.”

The technique has been used to look at mammal scat for a while now, but using it to analyze bird excrement was a bit harder. “Mammals have a separate urinary system from their digestive system,” Jedlicka explains. “Whereas birds and reptiles have only one opening.”

That means that the samples scientists collect from birds have a lot of nitrogen and uric acid, which can quickly degrade any DNA in the system. So the researchers had to act fast. After collecting a sample, they swiftly put it in a freezer, which prevented the scat from deteriorating any further.

When they got it back to the lab, they found that the bluebirds had made most of their meals out of pesky insects, including mosquitos and parasitic flies known to feed on bird nestlings. Much of the DNA in the bird’s poop came from herbivorous insects, or insects that farmers don’t want anywhere near their crops. Only three percent of the bird’s diet consisted of predatory or useful insects, which is a relief to growers who rely on those insects for pest control.

Another surprise was the high numbers of mosquitos found in the bird’s scat—about half the samples contained mosquito DNA. “We didn’t know that bluebirds ate mosquitos” Jedlicka says.

That’s good news for people looking for natural ways to control the insects, which in addition to being incredibly itchy and irritating can also spread disease like West Nile Virus and Zika.