Pump up the yams 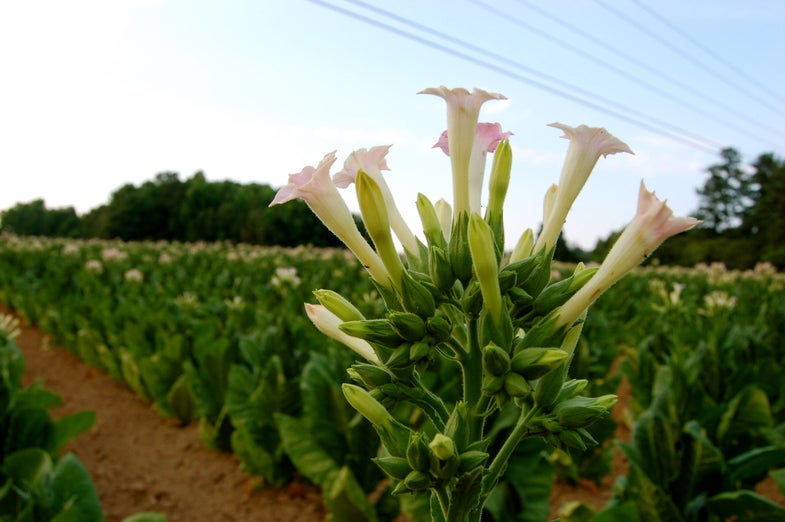 The Earth is heating up. Not only that, but it’s also becoming more crowded than ever. This creates problems for everyone and everything inhabiting the planet. In the face of global climate change, farmers will face two unique challenges: Crops will need to withstand hotter, drier conditions, and farms will need to feed more people. The unique problems of our hot, crowded future will need unique solutions.

Not a moment too soon, researchers announced this week that they’d found a way to boost crop output by changing plants on a genetic level to make them use the sun’s energy more effectively. The scientists hope this will help farmers meet the demands of a growing population. “Our goal is to see this reach poor farmers around the world,” Krishna Niyogi, one of the researchers involved in the project, tells Popular Science. “Business-as-usual plant breeding is not gonna get us there.”

To enhance crop yield, the scientists first had to overcome plants’ natural defense systems. When a plant finds itself taking in more sunlight than it can handle, its cells initiate a process to deal with all this excess light energy. This process, known as nonphotochemical quenching of chlorophyll fluorescence (NPQ), enables the plant to release excess light energy as heat so it doesn’t get burned. When the sun moves through the sky and shade covers the plants again, NPQ slows down. But this takes awhile, and during the time that NPQ is relaxing, photosynthesis remains slow. 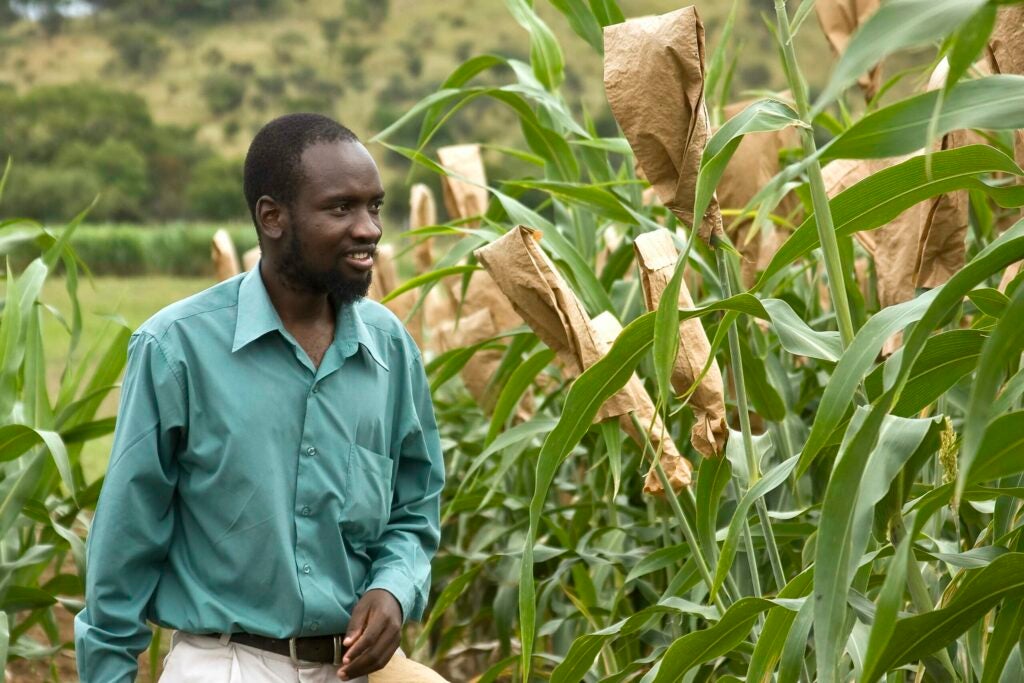 Breeding may not be enough

Staples like sorghum, seen here under the care of Munyaradzi Mativarira, a sorghum breeder in Zimbabwe, will be under significant pressure to feed a growing global population. Scientists hope they can help make up the deficit, too. “Business-as-usual plant breeding is not gonna get us there,” Krishna Niyogi tells Popular Science.

This is a natural defense that plants have evolved over time, which is all well and good for plants. But agriculture isn’t about letting plants do their natural plant thing. Agriculture is about exploiting plants for the greatest possible human gain. And agriculture in the twenty-first century is about developing crops and farming methods that can help a booming population survive the effects of climate change. The downside of NPQ for agriculture is that it makes crop plants miss out on a lot of light energy that they could be using to build more sugars — and fruits, vegetables, etc. — from the CO2 they’ve taken in, so scientists wondered if they might be able to alter NPQ to make better use of some of this lost energy.

A team of scientists across multiple research institutions found a way to tweak the genes associated with NPQ in Nicotiana tabacum (tobacco) plants so they would relax, or halt, NPQ much more quickly once they’re no longer in the hot sun. The changes resulted in increased production of three proteins involved in slowing down the NPQ process. By quickening the relaxation of NPQ, the researchers enhanced the tobacco plants’ photosynthetic efficiency by about 15 percent. 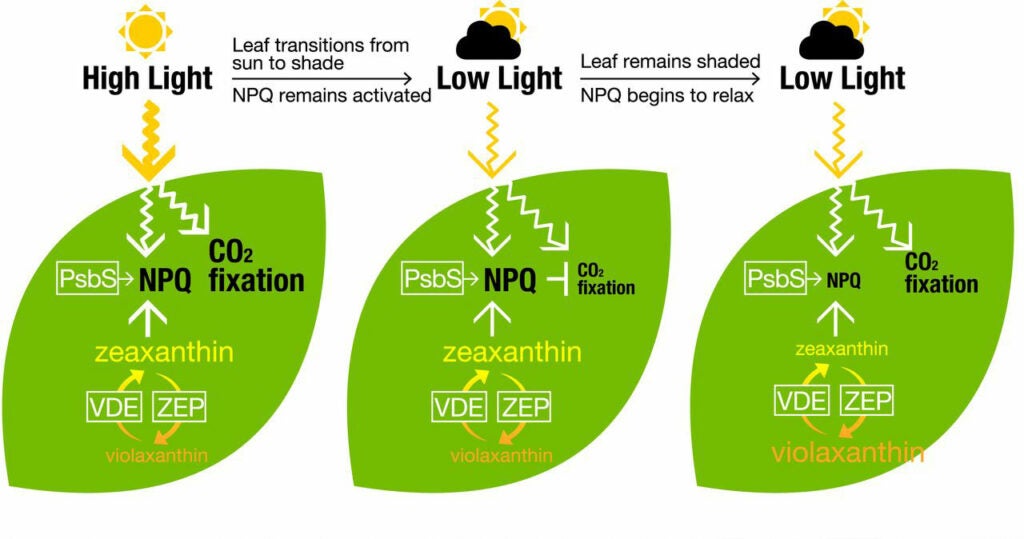 To overcome plants’ natural tendency to slow down photosynthesis when the sun is too bright, remaining slow even after they’re in the shade, scientists had to increase the production of proteins that halt the NPQ process.

So does this mean we’ll have 15 percent more tobacco? Nah. “Certainly our goal is not to improve the productivity of tobacco,” says Niyogi. “We used tobacco because it’s easy to work with in the lab, and it has a canopy that’s similar to food crop plants.” This is just a proof of concept experiment for the time being, meaning that the scientists just wanted to show the world that this could be done. Since his team’s approach uses genes and proteins found in all plants, Niyogi says, these results could be applicable to many crop plants – especially global staples like cassava, sorghum, and rice. So if this technique is validated in other plants by further research, it could potentially be used all over the world, helping many people achieve food security.

“That’s pretty amazing,” UCLA biochemist Sabeeha Merchant, who wasn’t involved with the study, tells the LA Times. “If this could be put into all of our food and feed and fuel crops, then it would solve certainly a decade or more’s worth of our need for these agricultural products.”