Eeks of the Week: Killing Snakes Can Be A Good Thing, But Culling Bats Is Bad

For nearly 50 years, vampire bats in the Amazon have been indiscriminately killed as farmers and public health officials try... 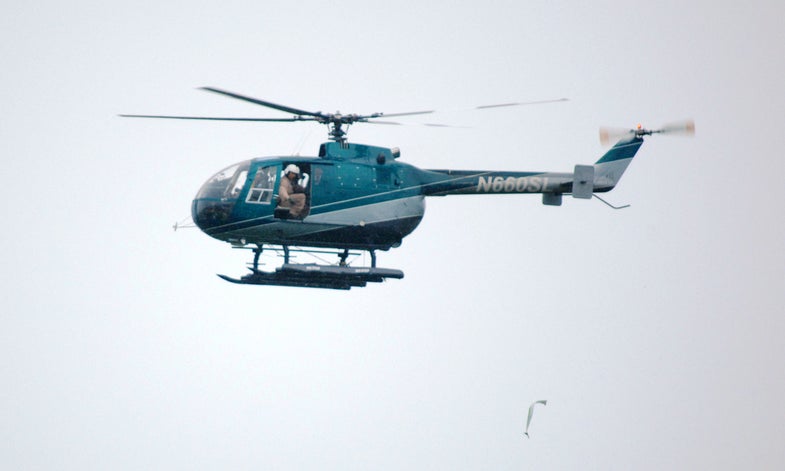 Helicopters are used to deploy acetaminophen-treated dead mouse baits attached to biodegradable corn starch streamers to reduce the number of invasive brown tree snakes in Guam. The streamers are designed to snag onto branches where the snakes feed. Photo by USDA/APHIS
SHARE 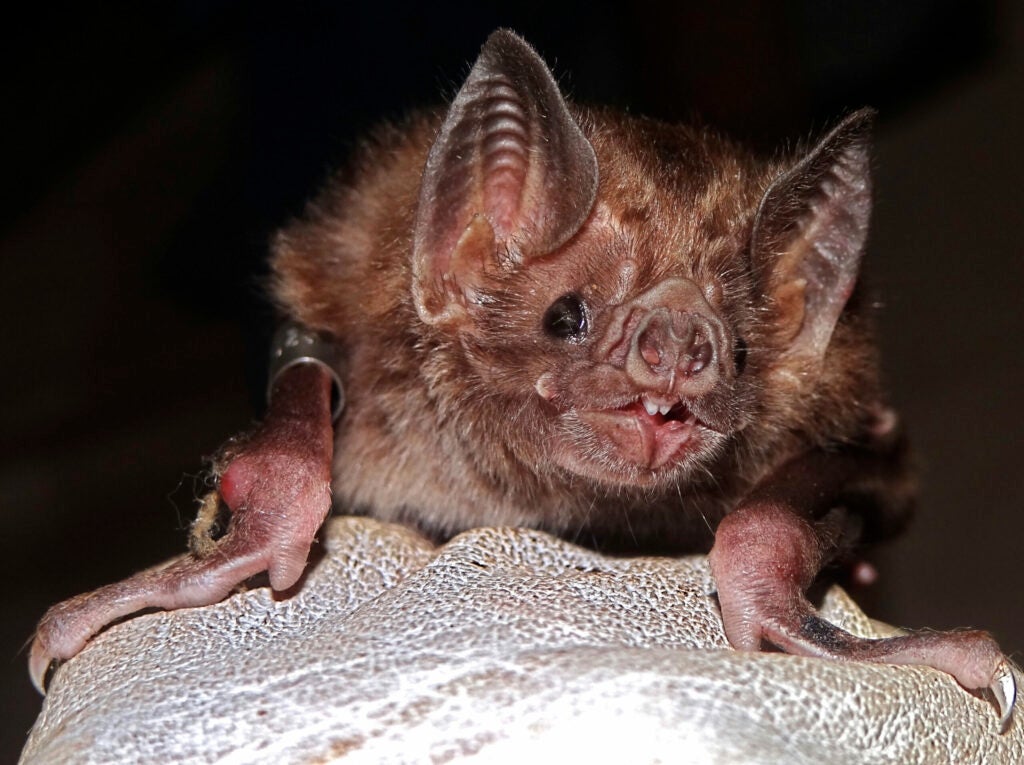 For nearly 50 years, vampire bats in the Amazon have been indiscriminately killed as farmers and public health officials try to stem the spread of rabies. The common vampire bat, D. rotundus, is the only one of three vampire bat species to dine on mammal blood, and in Latin America, huge livestock operations provide a veritable blood buffet. Infected bats transmit the virus when they bite cattle or other livestock, and rabies infection contributes to $30 million per year in livestock mortality, according to one study. Rarely, they might also bite humans, usually when other food sources are scarce.

Like in other animal culling programs around the world, the thinking goes that if you remove the animal reservoir, you can remove the pathogen and the threat it poses to the lucrative livestock industry. (The same rationale is behind controversial badger culls in the United Kingdom, aimed at stopping bovine tuberculosis.) So in Latin America, bats are hunted, exploded and captured so they can be coated with a topical poisonous paste called vampiricide. They spread the poison to their cohorts when they return to the roost for grooming.

But bat culling hasn’t worked. Vampire bats remain, and so does rabies in Latin America. Culling efforts may not only be ineffective, they may be backfiring, according to research published this week.

Authors Julie C. Blackwood, Daniel G. Streicker, Sonia Altizer and Pejman Rohani looked at years of data from Peru and created four computer models of rabies transmission. Streicker monitored 1,000 bats across a network of colonies for four years. Ultimately, they found culling has minimal impacts on containing the virus, and can actually worsen its spread. As immune adult bats die, susceptible young bats can thrive. They also found that rabies is usually not lethal among vampire bats. 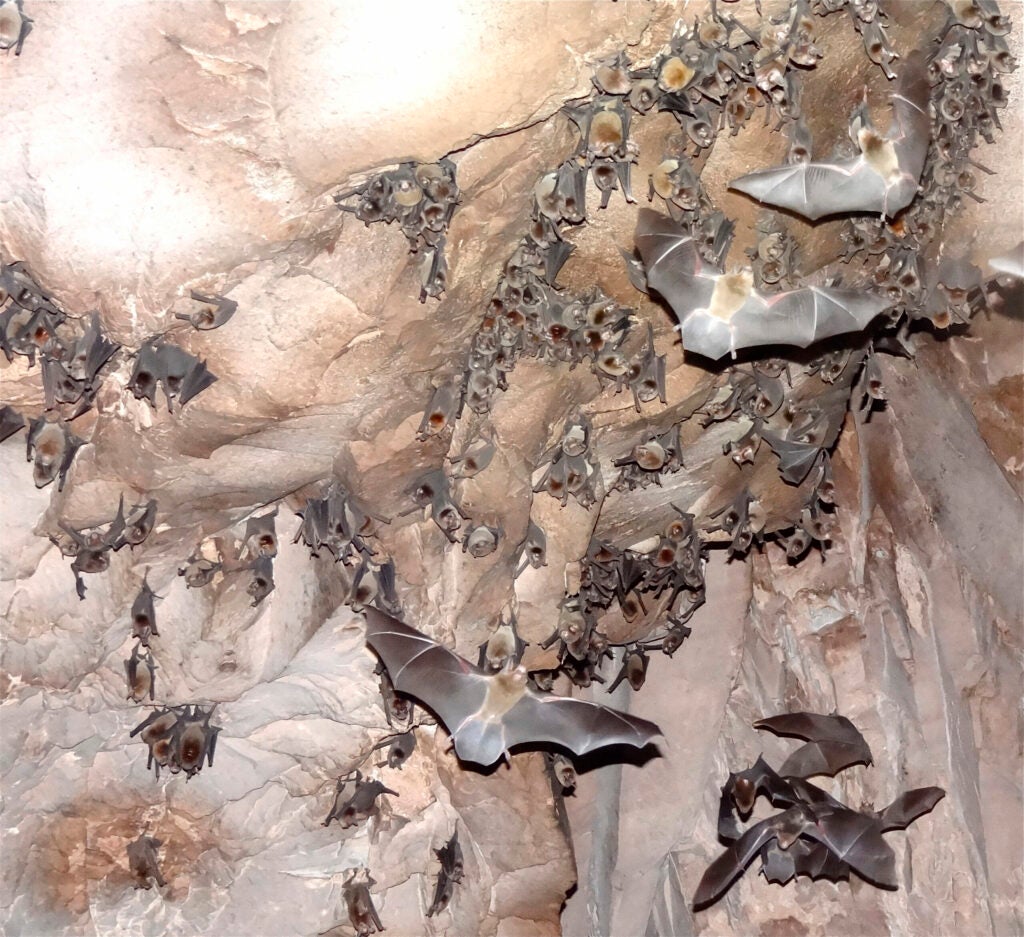 Importantly, the study shows bats frequently move to different colonies, so culling programs may be meaningless unless they target specific sick individual bats. The paper was published this week in the Proceedings of the National Academy of Sciences.

“If culling increases movement due to freeing up space or disturbance-mediated dispersal, culling could have the opposite of the intended effect on rabies transmission,” the authors say.

This has already been demonstrated in controlled badger culls in the UK, they add. Disruption of badger social networks led badgers to seek new company, which resulted in increased bovine tuberculosis transmission.

Streicker won an award this week for a related bat paper, which was published today in Science. It details his field work and study results, and generally uses rabies as a model for viral spillover among different species. But the PNAS paper shows culling vampire bats is unlikely to solve that problem.

On the other hand… 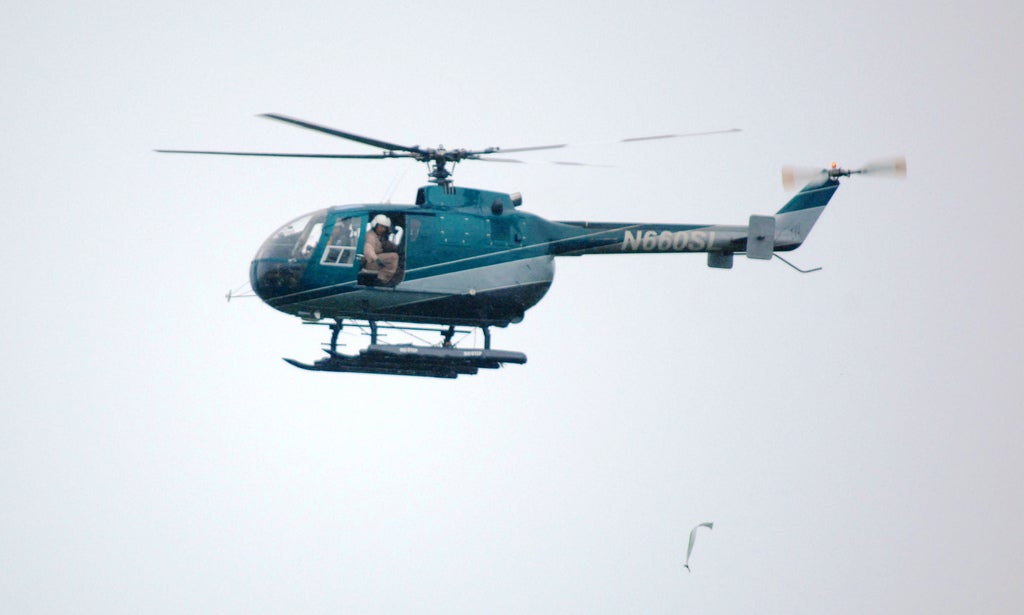 Helicopters are used to deploy acetaminophen-treated dead mouse baits attached to biodegradable corn starch streamers to reduce the number of invasive brown tree snakes in Guam. The streamers are designed to snag onto branches where the snakes feed.

Sometimes, indiscriminately killing rainforest wildlife is a positive thing — when it comes to invasive species. Over the weekend, 2,000 dead paratrooping mice dropped into the forests of Guam, where they would serve as tempting but fatal bait for brown tree snakes. The mice were laced with acetominophen — the active ingredient in Tylenol — because tiny amounts of it kill the snakes, but it’s relatively harmless to everything else in the rainforest. The photo above shows one attached to its wee parachute!

Brown tree snakes came to Guam probably on a cargo container in the 1950s, and have since overrun the U.S. territorial island. The snakes devour native birds, many of which are now gone from Guam or threatened; eat native lizards, which control insect populations; and slither into electrical stations and chew through wires, causing pricey power outages. 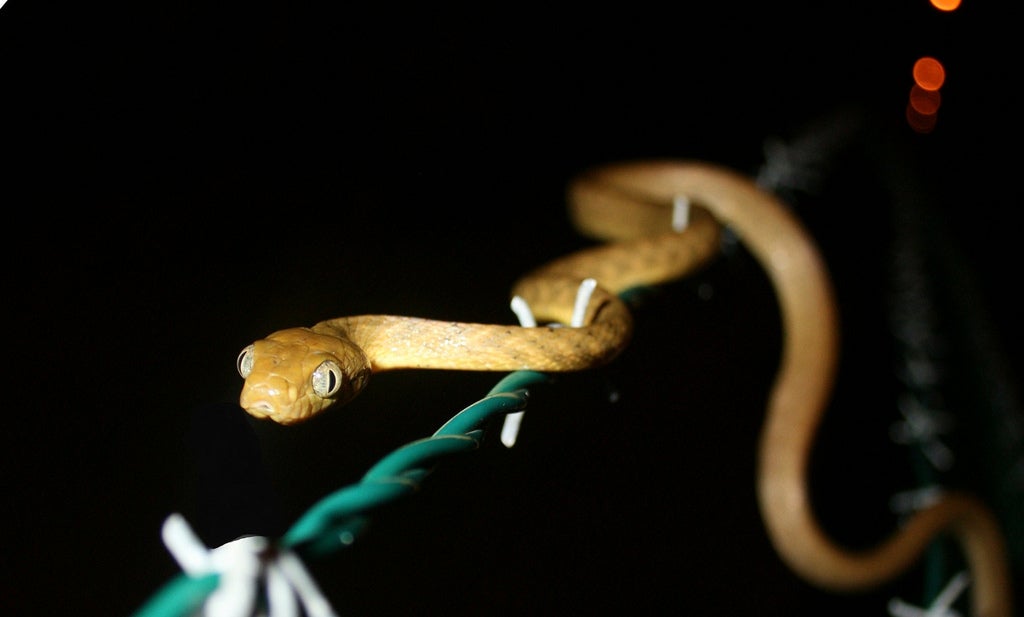 Snake On A Wire

Guam has more than 2 million brown tree snakes, which are non-native to the island and are decimating bird and lizard populations. They use venom and constriction to immobilize their prey.

Some of the poisonous mice were equipped with tiny radios, which will help Air Force and Department of Agriculture officials determine how well they work. But so far, this particular culling program seems promising, officials say — much more so than the bats.