A tsunami near Fukushima rattled Japan, but damage is minimal 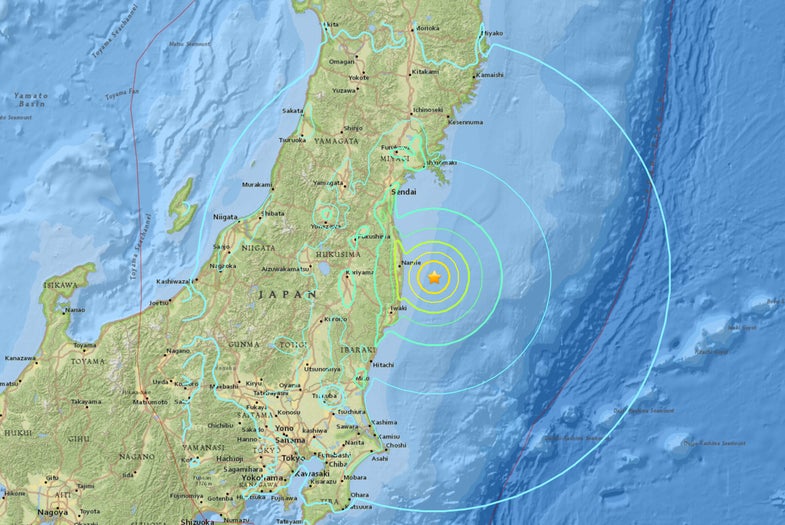 Japan was rattled yesterday by a large earthquake off the Pacific coast. It shook the nation and triggered a tsunami warning that sent people hurrying towards higher ground, waiting anxiously for the all-clear.

The earthquake was large, but not monstrous. It attracted so much attention because it occurred just off the coast of Fukushima prefecture, where the largest recorded earthquake in Japan’s history struck just five years ago.

In 2011, a magnitude 9.0 earthquake hit the area, causing a tsunami roughly 33 feet high to rush inland and inflict billions of dollars in damage. Over 20,000 people died in the disaster, and the Fukushima Daiichi nuclear power plant was severely damaged.

The earthquake that struck on Tuesday, in contrast, was measured by the USGS as a magnitude 6.9, over 125 times smaller than the 2011 quake. Though the shaking was intense in some areas, there were only a few injuries reported. The power went out briefly in some areas, but has been restored.

In contrast to the wall of water that inundated the area five years ago, the tsunamis that struck the coast this time were relatively small, measuring only a few feet high. And this time, power company TEPCO reports, there was no apparent damage to the Fukushima Daiichi plant. Radiation levels in the area appear to be stable. There was a brief scare when the cooling system at the reactor of the neighboring Fukushima Daini power plant stopped working after the quake, but officials were able to bring the system back online within an hour and a half. 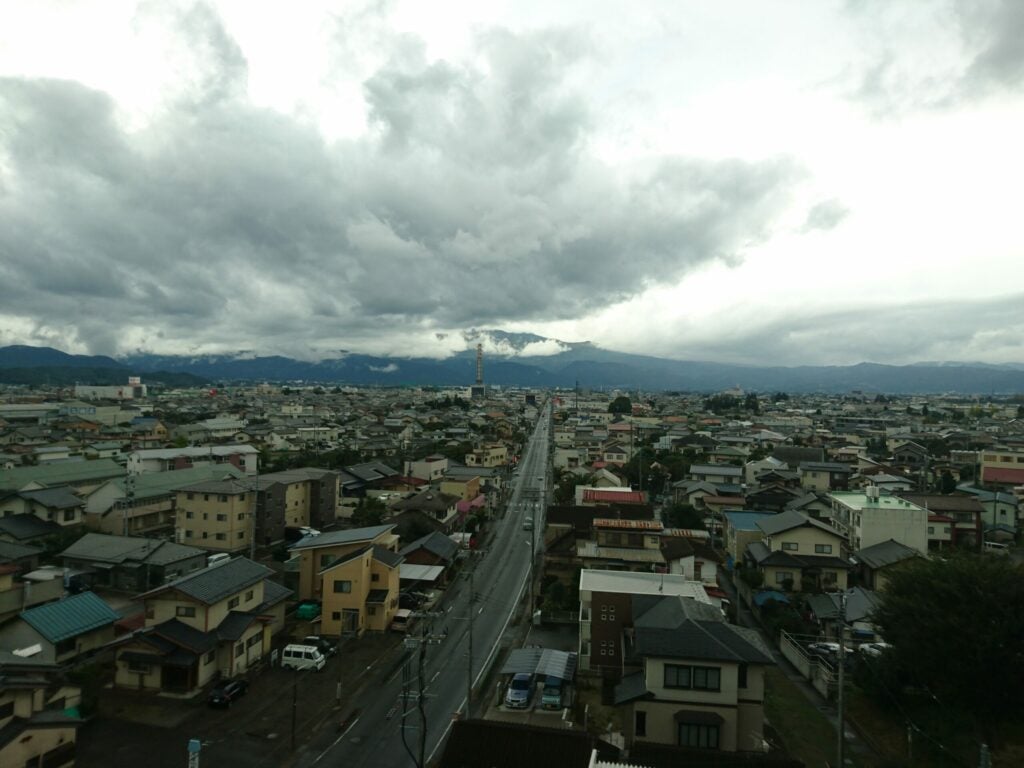 An urban area in Fukushima prefecture as seen last month.

The earthquake originated about 7 miles deep in the Earth, roughly 13 miles off the coast of Japan. Researchers with Japan’s Meteorological Agency have said that they consider this earthquake to be an aftershock of the 2011 quake.