In North America, bat populations have been decimated by an illness known as white nose syndrome. It’s caused by a... 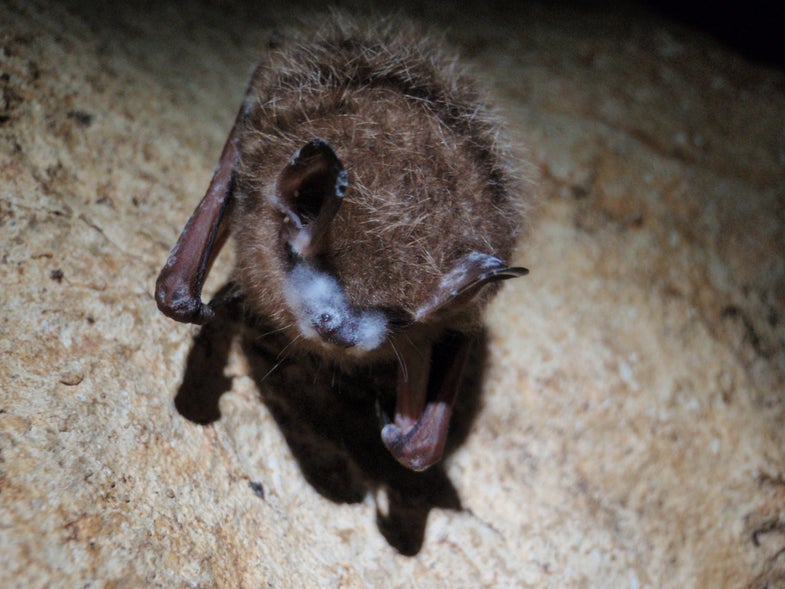 In North America, bat populations have been decimated by an illness known as white nose syndrome. It’s caused by a fungus introduced from Europe (where bats are immune) and it’s called Pseudogymnoascus destructans — the latter part means, literally, “destroying.” The fungus covers bats’ faces, wings and ears, and it essentially causes hibernating bats to wake up, burning off their stored calorie reserves more quickly. They fly out of their caves in the middle of winter, and either freeze or starve to death.

Millions of bats have died this way since WNS was first found in the U.S. in February 2006. It has reached 115 caves as far west as Missouri and as far south as Alabama, and there’s no cure or treatment.

It’s not all terrible, though — some bats recover, are able to eat enough food during the warm months, and heal, living to produce offspring and fight another day. Why? Scientists are trying to figure this out, but bats are notoriously difficult to study. I’ve written about this problem a lot. Thankfully, there’s a cool way to help! 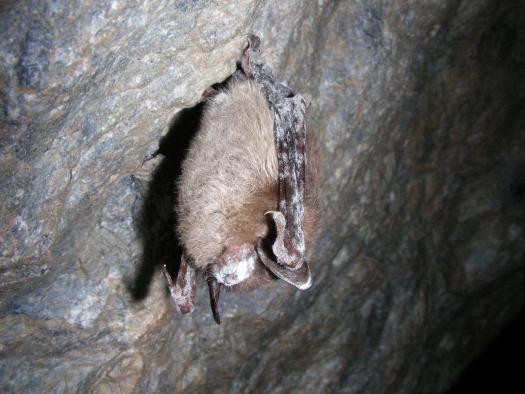 John Gumbs, a caver, wildlife rehabilitator and emergency room worker, has a novel method that could help bat biologists track WNS and the bats. It turns out that when they’re exposed to ultraviolet light, bats exposed to P. destructans exhibit a unique type of fluorescence. It’s like when your shirt glows under a blacklight, and you can see all the lint or laundry soap. Gumbs is hoping to study sick and healthy bats using UV light, determining whether biologists could use it as a quick, non-invasive tool for diagnosing the disease.

He took to a crowdfunding site called Microryza and is looking for $2,150 to do the experiment. He has permission from the Colorado Parks and Wildlife Division to study healthy bats — so far, the state is outside the boundaries of WNS. He has 22 days to go, and needs donations. Please consider backing this experiment, which you can read more about here.

Having an effective field tool will help scientists understand the fungus and its spread, how bats respond, and quickly diagnose caves and bats without having to trap them and swab their noses with Q-tips. “Additionally, this research will hopefully provide a non-lethal research tool to identify bats that have been previously exposed to Pd and have survived,” Gumbs writes.

It’s a great, simple experiment, and it will help bats! Here’s wishing Gumbs luck, and funding. Go here to donate!