How To Set Up Your Endangered Leopard On A Date

Plus, a gallery of endangered zoo babies born this year. Squee! 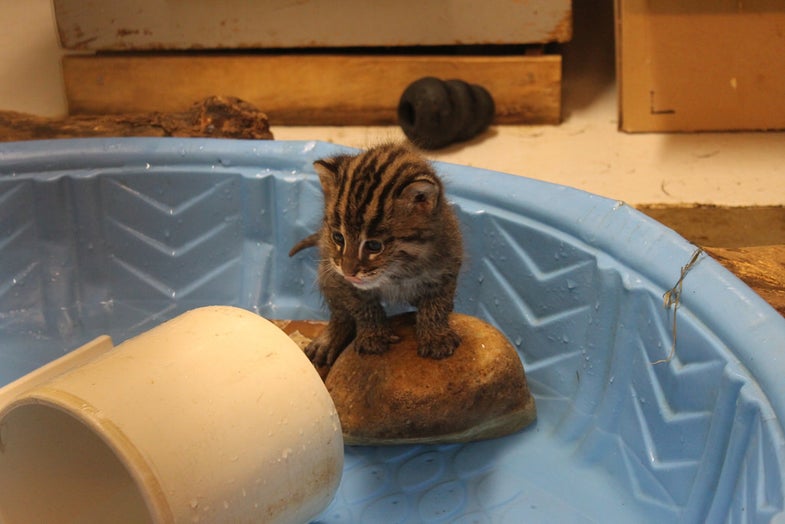 June may be wedding season among American humans, but for other members of the animal kingdom, it’s a different—perhaps related—time of life. In the springtime is when many animals give birth. For the Smithsonian’s National Zoo, that means seeing the fruits of its breeding programs. The zoo has added 31 baby animals to its ranks in the past few weeks.

That sounds like a lot of babies to us here at Popular Science, but it’s not an unusual number. “It’s pretty typical for all zoos, especially ones that are participating in AZA [Association of Zoos and Aquariums] conservation programs,” Don Moore, the National Zoo’s senior scientist, tells me. So check out your local zoo—it has probably experienced a baby boom, too.

Conservation programs specify different goals for breeding zoo animals, depending on the status of the species. For some species, zookeepers try to keep their population numbers healthy within captivity. For certain endangered species, biologists seek to make babies they can later introduce into the wild. For example, hundreds of zoo-born black-footed ferrets—an endangered American mammal that eats prairie dogs—have been reintroduced to the wild. Committees of experts meet as often as yearly to decide on AZA Species Survival Plans for each of about 600 species.

“It’s not only humans that have to go dating,” Moore says.

“The human population is growing so big that conservationists can never stop trying to maintain species either in captivity or in the wild,” Moore says.

The survival plans can include some surprising methods. A few years ago, the plan for black-footed ferrets included artificially inseminating some females with the cryogenically frozen sperm of a male that had died years ago. The current black-footed ferret population is descended from just 18 individuals discovered in Wyoming in 1980, after scientists thought the species had gone extinct. Such a small number of ancestors leaves the ferrets vulnerable to genetic diseases. But the male to whom the frozen sperm belonged was not closely related to living ferrets at the time. Scientists thought his DNA would be a valuable addition to the gene pool.

Another aspect of zoo breeding is animal matchmaking. During conferences, their keepers meet and try to set up their charges with compatible partners. “Animal curators know all of their animals, who is likely to breed with whom, who’s behaviorally compatible,” Moore says. “It’s not only humans that have to go dating.”

Now that you’ve learned the science, it’s time to enjoy the squee. Check out some of the endangered babies born to the National Zoo this year in the gallery. 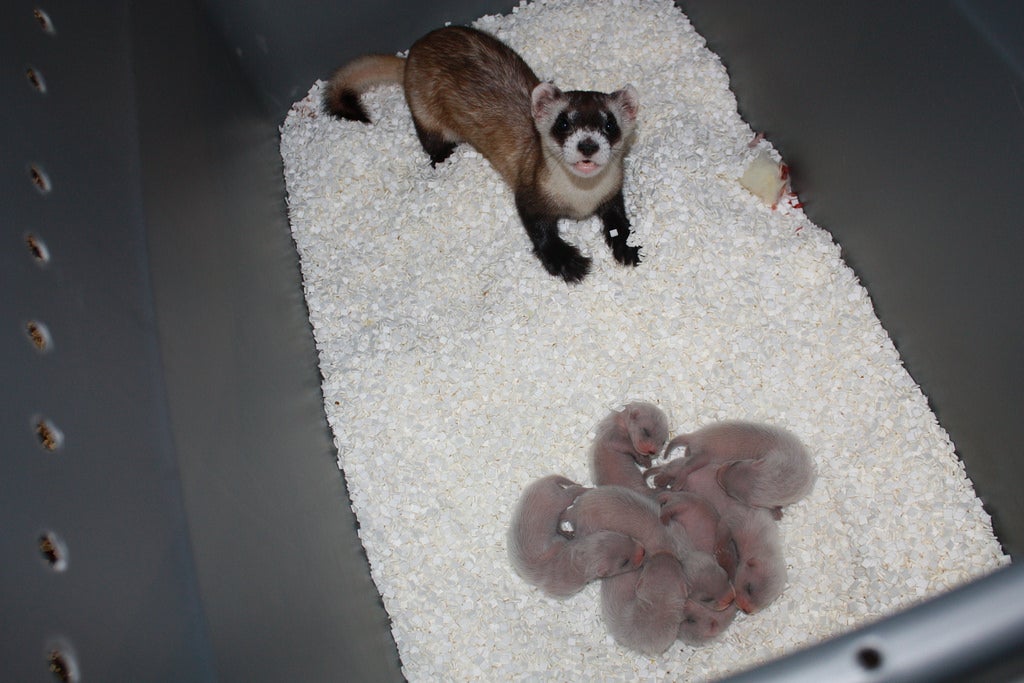 A black-footed ferret and kits! 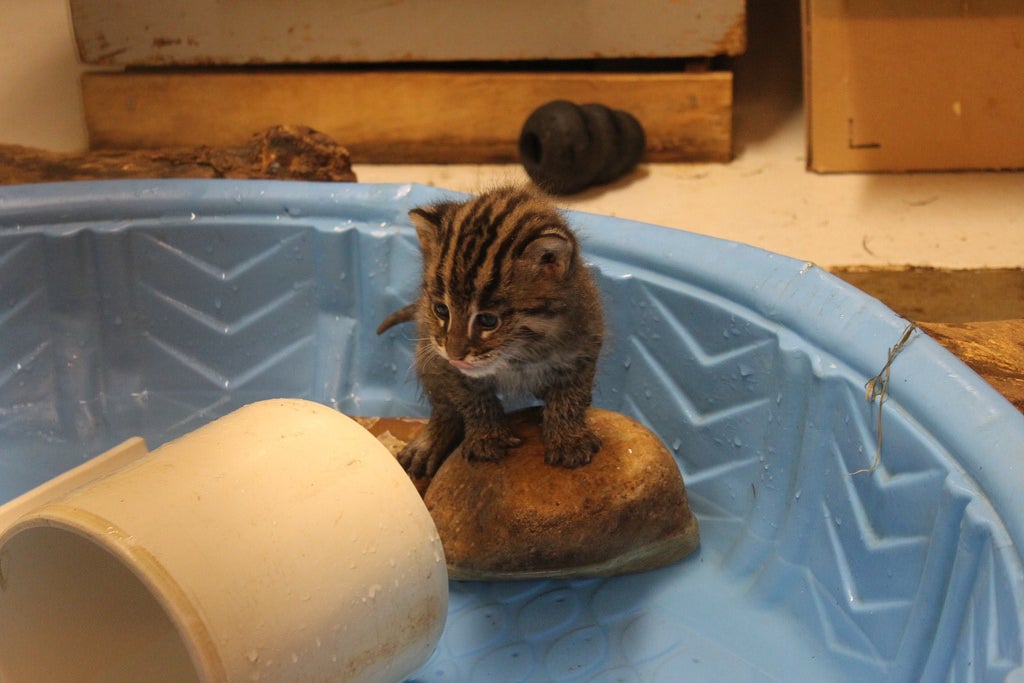 Adult versions of this little guy tap the surface of ponds and marshes to attract fish, then scoop them up with their paws. Fishing cats (Prionailurus viverrinus) are also willing to swim to catch prey. They’re native to India and Southeast Asia, where habitat loss endangers them. 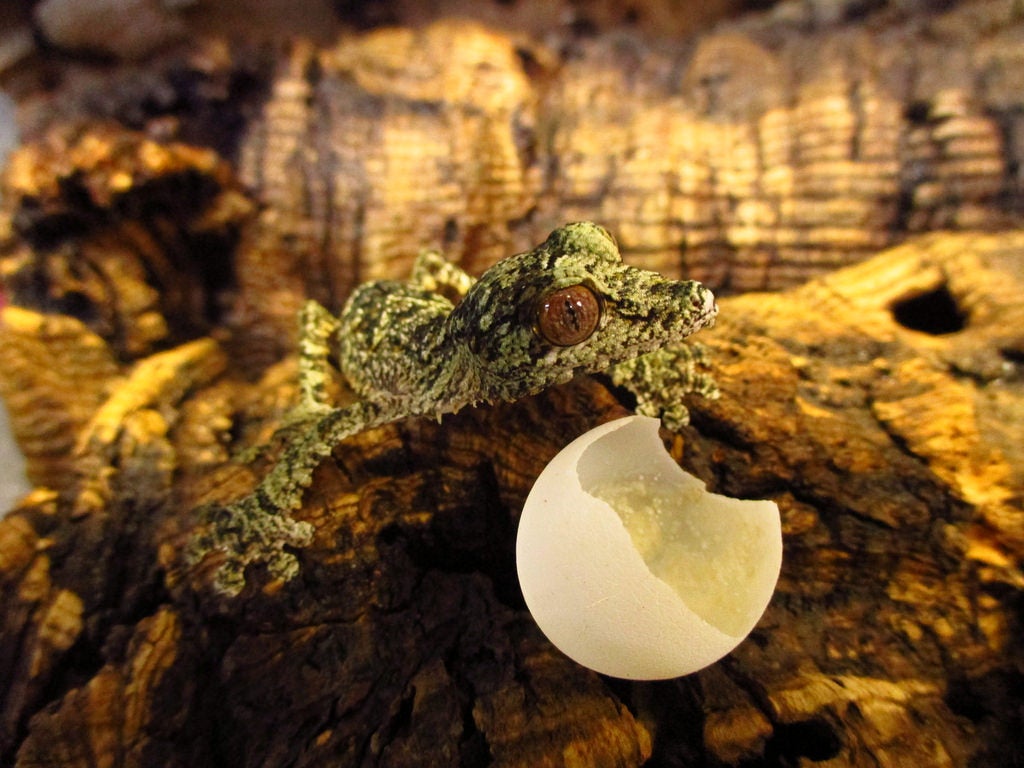 Here’s a freshly hatched leaf-tailed gecko with its eggshell. Native to Madagascar, these reptiles are threatened by habitat loss and collectors who catch them to sell as pets. 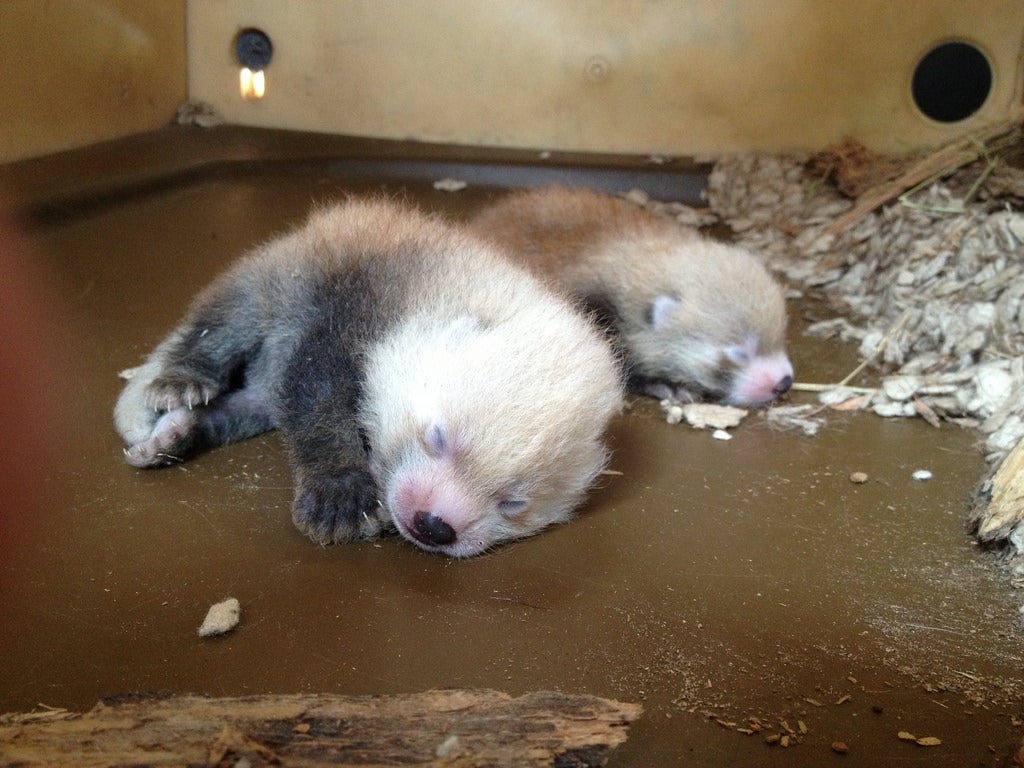 Not What You Think

These cubs are red pandas (Ailurus fulgens), not the black-and-white giant pandas (Ailuropoda melanoleuca) that may be more familiar to zoo-goers. Did you guess? Red pandas are native to Nepal, China and Burma (Myanmar). 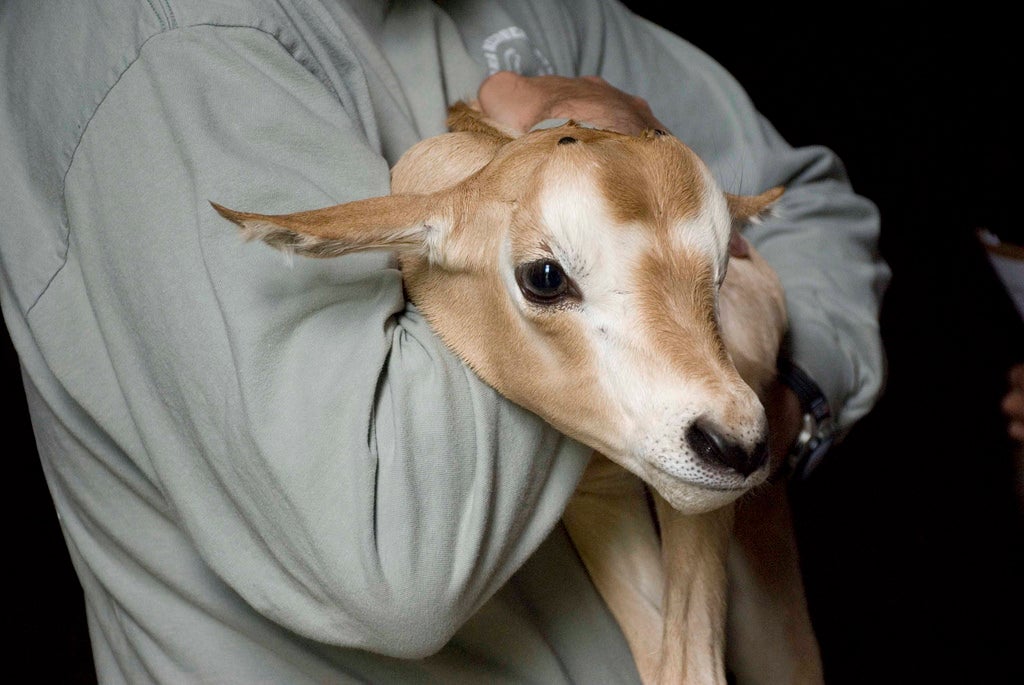 Scimitar-horned oryxes (Oryx dammah) once lived in Senegal, Chad and Egypt. They are now extinct in the wild. This one was born in the Smithsonian Conservation Biology Institute on May 15. 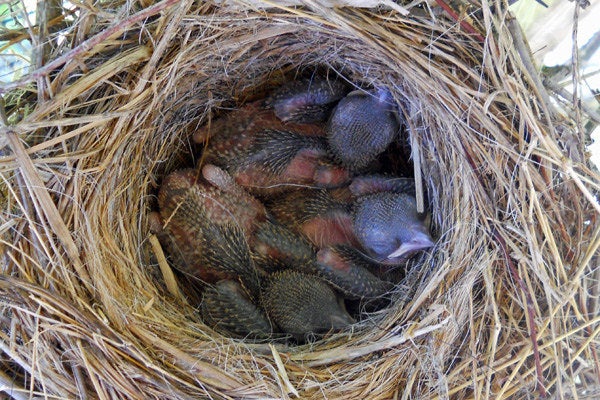 Too Badass To Be Cute

These are chicks of loggerhead shrikes (Lanius ludovicianus), a North American bird species that kills small rodents and snakes by impaling them on thorns or barbed wire. Their numbers are declining, although scientists aren’t sure why. 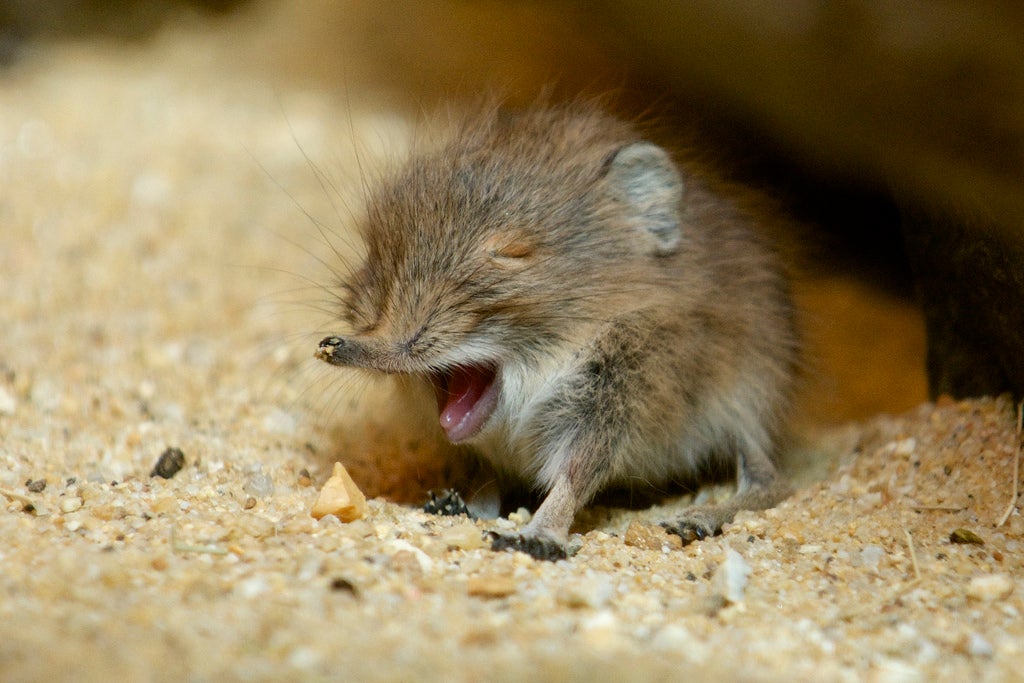 Excited To Meet You, Too

Unlike the other species in this gallery, this animal is not considered endangered. Still, we thought we’d include it. Although it’s pretty much the exact opposite of an elephant, the short-eared elephant shrew is so named because of its supposedly elephant-trunk-like nose. In the wild, Macroscelides proboscideus live in arid regions in southern Africa that are not likely to be developed.
Animals
Endangered Species
Wildlife