The Pros and Cons of Asexual Reproduction 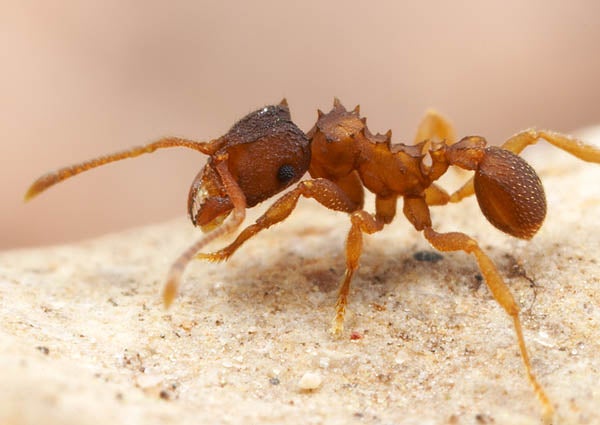 Making babies requires a male and a female, a sperm and an egg, right? Well, the wild world of animals is often more creative than the lot of us humans when it comes to making whoopee. In fact, some animals don’t have sex at all, thank you very much.

Just this month, bug biologists found the first all-female ant species, Mycocepurus smithii. The queen ant clones herself by making eggs that develop into adult females without fertilization. Some of those females will then become queens themselves. Apparently the species has been sexless for enough generations that the ants might not be able to mate even if they wanted to. Dissections showed that a key female sex part that normally interlocks with a male organ during mating had shrunken to a ghost of its former self.

Bugs aren’t the only ones that can do without sex. Some lizards and fish reproduce purely asexually, and a few aquarium sharks have been observed popping out little clones of themselves with nary a male around.

Doing away with males can make a species efficient at making more offspring: 100 percent of kids will be egg-laying (or child-bearing) females instead of 50 percent. Also, why expend all that energy on mating rituals and copulation? For some species, males just seem to be dead weight.

Although a sexless existence can have these advantages, it’s generally a dangerous lifestyle, which carries a greater risk of extinction.

Environmental changes are less hazardous to species that have sex. By mixing some momma chromosomes with some poppa chromosomes, sexual reproduction shuffles genes around, making individuals of a species more varied. A sexual species will be more resilient in a changing environment, because a few of their members might randomly have the right traits to survive. If each ant is exactly the same, adverse conditions, such as a new bacterial infection, could easily wipe them all out.

So, in general, it’s good to keep a few lads around for some down and dirty gene swapping.