Can Mammal Mothers Choose The Sex Of Their Offspring?

"Hmm, it seems to be a tough year for food. I believe I will have a litter of...females." 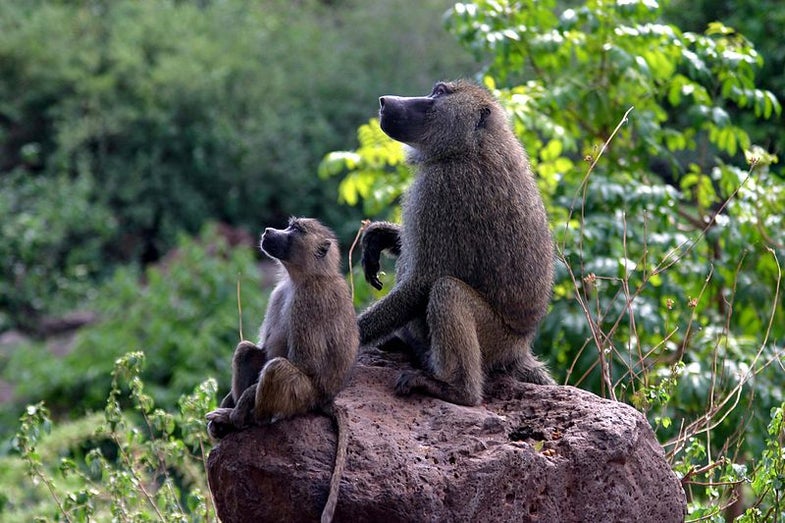 There’s been speculation for decades about whether gender splits among offspring are truly random. Is it really just complete chance whether you’ll end up with a male or female? A new study led by a Stanford University researcher suggests that it isn’t random at all–it’s an evolutionary strategy.

It’s unclear why—or how—a mother mammal might choose to produce offspring of only one gender. But the data seems to suggest that there is indeed a valid reason to have only males or only females, and that lots and lots of animals seem to obey those reasons. The basic impulse: mothers will “choose” whichever gender is likely to produce the most grandchildren.

The study looked at thousands of animals at the San Diego Zoo, because to figure out whether gender splits have an effect on number of grandchildren, you need to have detailed records of three generations. To make sure their results wouldn’t be influenced by a particular species’ quirks, the study looked at all kinds of different mammals, from primates to buffalo to horses to bears.

They found that mothers who had either mostly males or mostly females ended up with more grandchildren than mothers whose offspring had an even gender split. Mothers that produced significantly more males tended to do drastically best, while mothers that produced significantly more females also beat the even gender-split mothers, but not by quite as much.

That little quirk is explained by Joseph Garner, the author of the paper. He suggests that having mostly males is a high-risk, high-reward situation; for many species, only the alpha male gets to breed. If you happen to give birth to an alpha male, sweet, you’ve got tons of grandkids. If not, you’ve got none.

Garner speculates that environmental factors may trigger the involuntary selection of sperm that would produce a certain gender. If it’s been a good year for food, and the mother is plump and happy, she’s got a better chance of producing a successful, strong male. If not, well, maybe it’s best to go with a female, since their reproductive success depends less on health and vigor.

The study, to be frank, has an awful lot of supposition based on correlation. The fact that it took place entirely in a zoo makes me a bit nervous, as animals very rarely reproduce in zoos the same way they do in the wild. But it’s a really interesting branch of study, that’s for sure.

The study appears in the current issue of PLoS One.