Give these reptiles some love. 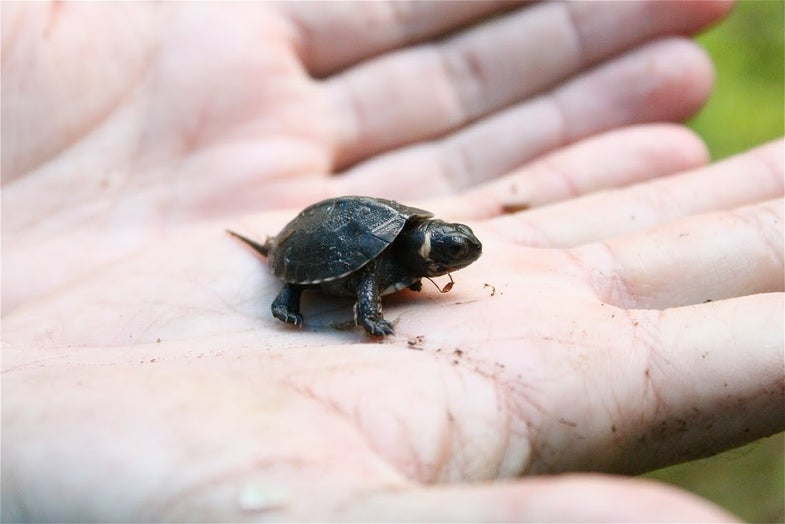 Bog turtles, found from Vermont to Georgia, and inland to Ohio, are among the smallest known turtles: Even full grown, they average around four ounces in weight and four inches long. Despite its wide geographic range, the bog turtle has become much rarer due to loss of habitat. It's listed as threatened under the Endangered Species Act. U.S. Fish & Wildlife Service
SHARE

Turtles, tortoises, terrapins: Whatever they’re called, as a group they date back to the Late Triassic Period, around 220 million years ago, making them among the most ancient of contemporary reptiles.

They can range widely in size: Among the smallest is the bog turtle, which tops out at 4.5 inches and about 4 ounces. The largest is the leatherback sea turtle, which can grow to over six feet long (shell edge to shell edge) and weigh from 500 to 2,000 pounds. 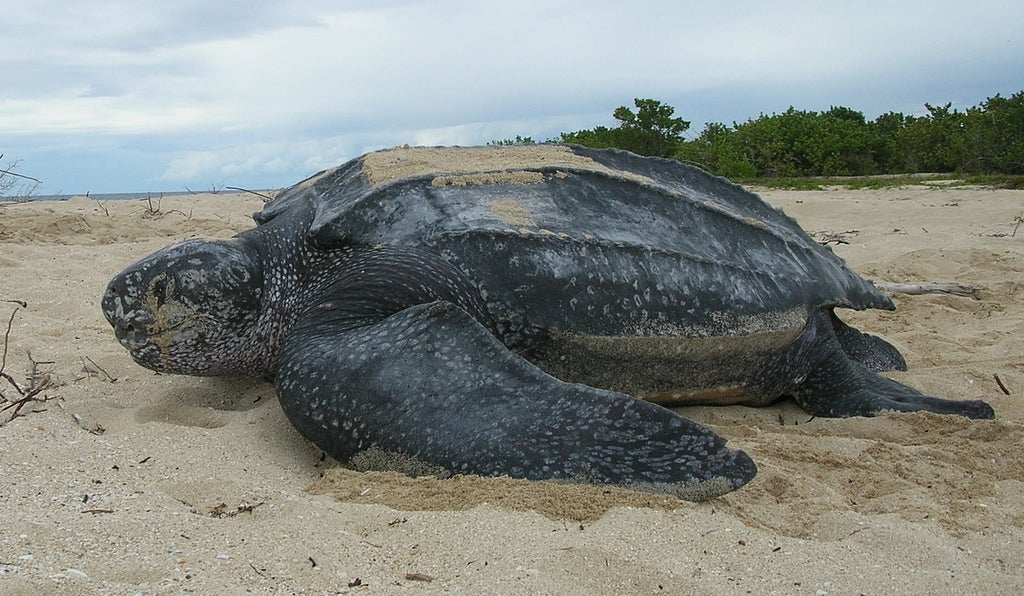 The leatherback sea turtle weighs only about two ounces at hatching, but adults can grow up to six feet long (in shell length) and range from 500 to 2,000 lbs. It’s also a deep diver, able to descend below 3,9000 feet. This leatherback sea turtle was photographed on the beach at Sandy Point National Wildlife Refuge, U.S. Virgin Islands.

Something these two species share, however, is that they—and many other turtle species around the world–are having a hard time surviving into the 21st century:

The National Wildlife Federation recently reported that 2010’s Deepwater Horizon oil disaster in the Gulf of Mexico is still affecting many marine species, with around 500 dead sea turtles found in the area every year since 2011– “a dramatic increase over normal rates.”