How Leeches Can Track Down The World’s Rarest Animals 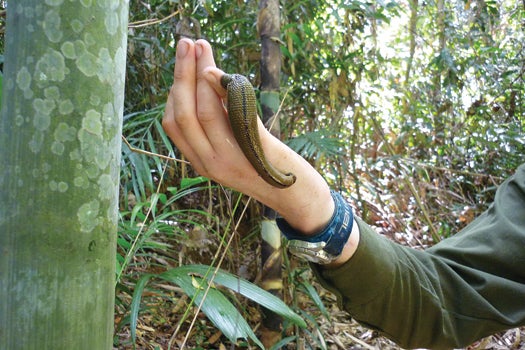 Many animals are still almost complete mysteries to science. According to the International Union for Conservation of Nature, researchers don’t know enough about 15 percent of mammals to even determine whether they’re threatened by extinction. Researchers try to track them using footprints, dung, and motion-sensitive cameras, but it’s difficult work, particularly in dense rainforests. Take the saola, nicknamed the Asian unicorn, a deerlike animal with two straight horns. Researchers first saw its horns in hunters’ homes in 1992; since then, they’ve found remains in the forest, but no scientist has spotted one in the wild.

Tom Gilbert, a geneticist at the University of Copenhagen, has found that leeches are a great way to track down rare creatures. He was inspired after a colleague monitoring rare tapirs in Malaysia was bitten by a terrestrial leech (a common annoyance in tropical rainforests) and wondered whether the blood inside it could be used for DNA analysis. Gilbert tested the idea by feeding 40 leeches goat blood. After he ground them into a paste, he found that every one contained goat DNA, even four months after its last meal. In 2010, Gilbert tried the method on 25 leeches that had been collected in Vietnam. “We kind of hit the jackpot,” he says. Twenty-one leeches contained DNA from mammals, two of which were extremely rare. Although there was no evidence of the saola, Gilbert did find DNA from the Annamite striped rabbit. (Scientists first discovered the animal in a Laotian food market in 1995 but have hardly seen it since.) Gilbert is now analyzing the recent meals of leeches collected in countries including Indonesia, Malaysia, and Madagascar.

AND: Here’s a look at some of zoology’s most wanted rare species. 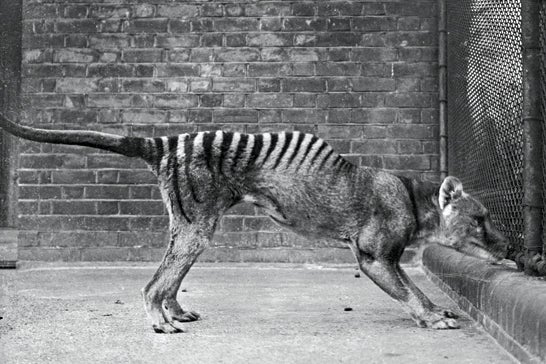 A thylacine or ‘Tasmanian wolf’, or ‘Tasmanian tiger’ in captivity, circa 1930. These animals are thought to be extinct, since the last known wild thylacine was shot in 1930 and the last captive one died in 1936. (Photo by Topical Press Agency/Hulton Archive/Getty Images)

The striped meat-eating Tasmanian tiger was a marsupial the size of a large dog. Though experts largely agree the last one died in a zoo in 1936, some people hold out hope.

This heavily hunted ungulate may be extinct, but up to 50 might survive on the western tip of Java. 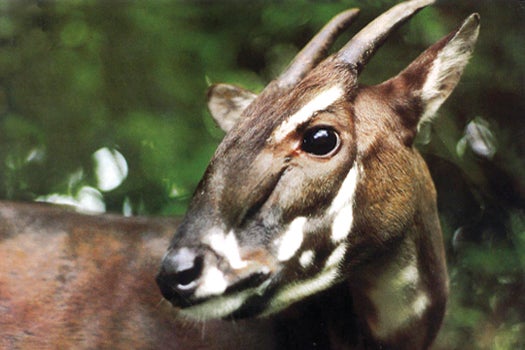 The saola, or Asian unicorn, has horns up to 20 inches long.

Scientists estimate that between a few dozen and a few hundred of this deerlike animal live in the remote Annamite mountains of Vietnam and Laos.

Despite its name, this primate weighs only five pounds. Researchers suspect that some 100 to 160 live in disappearing bamboo forests in Madagascar.

Scientists believe that this rabbit (and its reddish rump) might be hiding in the same areas as the saola.