Beachgoers at La Jolla Shores in San Diego have recently been treated to a different kind of hot body: A... 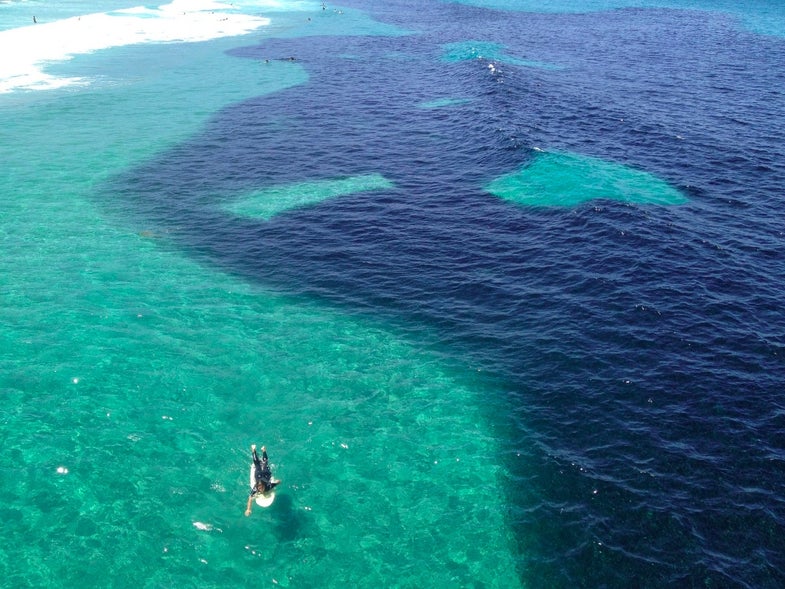 Beachgoers at La Jolla Shores in San Diego have recently been treated to a different kind of hot body: A glistening, surging off-shore phenomenon with a distinctly oil slick-like appearance. It trembles. It pulses. It disperses, then re-forms. It’s not just a trick of the eye—it’s a gigantic school of millions of anchovy. And it’s the first time such a school has amassed on the coast in thirty years.

To understand this phenomenon, it’s helpful to know a bit about the fish usually lauded more for its pizza-topping qualities than its migratory patterns. Meet Engraulis mordax, the Northern or Californian anchovy. It gets its hard-core “mordax” moniker from the Latin word for biting, and with good reason—this multicolored fish comes with a set of jaws lined with very sharp, very tiny teeth and a need to feed. It spends its days munching on plankton and smaller fish and doubtless admiring its own very sexy silver stripe. But anchovy is anything but a loner, and that’s where our phenomenon comes in.

Like about a quarter of all fish, anchovy are obligate shoalers—fish that must stay together to survive. By forming huge, uni-directional schools, anchovy eat better, reproduce better and confuse their predators (and pretty much everyone else). And don’t even think of asking an anchovy to leave its clique behind. Experiments have shown that obligate shoalers who are removed from their schools breathe faster and show other signs of distress, leading to freaked-out fish who are less efficient feeders.

Weather patterns and water temperatures may explain why we’re seeing this majestic phenomenon now. A current “La Niña” pattern of Pacific Ocean cooling is creating ideal conditions for anchovy, which thrive in cooler temperatures. These cold-temperature events occur when unusually cold waters build up in the tropical Pacific, followed by waves and atmospheric changes that reinforce a cooling pattern of up to 7 degrees F below normal. Scientists are still working to understand this oscillating pattern. In fact, recent concerns about a collapsing sardine population are likely linked to a La Niña-fueled “anchovy regime.” Sorry, sardines…it looks like anchovy may have (temporarily) moved up to the ruling class, where they’ll remain until a warmer El Niño pattern takes hold.

The eye-catching school in La Jolla has drawn tourists, paragliders, surfers, and even news helicopters tracking its every move. And this isn’t the first time in recent months that anchovy have made headlines—late last year, there were so many anchovy in Monterey Bay that a feeding frenzy including sea lions, humpback whales, and huge pelicans caused quite a stir. And scientists from the Scripps Institution of Oceanography at the University of California, San Diego say that while it’s unclear why this particular school of anchovy has made its way to this particular location, we suspect it has something to do with the undeniable pleasure of a day at the beach.