An Artificial Uterus Gives an Endangered Species a Shot at Survival 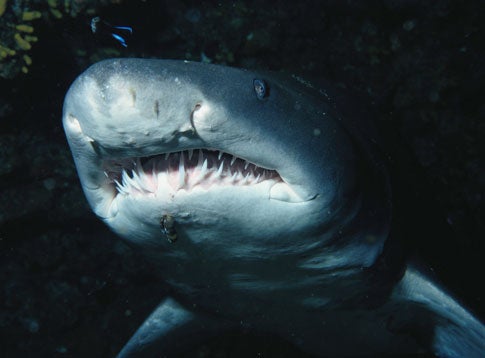 Overfishing made the grey nurse shark endangered, but it’s the animal’s bizarre, cannibalistic embryos that are making it difficult for the species to rebound. The gestating shark pups need a “time out,” says Nick Otway, a fisheries biologist at Port Stephens Fisheries Institute in Australia. As a last-ditch effort to keep the species from eating itself into extinction, he built an artificial uterus, a souped-up fish tank that will give each unborn baby its own womb.

Female grey nurse sharks have two uteruses, in which embryos play “king of the uterus”: competing for nutrients, with the strong gobbling up weaker kin. The last shark standing in each womb devours any unfertilized eggs during a yearlong gestation, after which the mother gives birth to the two pups. The shark’s long pregnancy and low birth rate—along with people killing it because they mistakenly assumed it is a maneater—have knocked its numbers down to just a few thousand worldwide. And caretakers have had trouble keeping pups born in captivity alive, producing only nine sharks in 20 years. 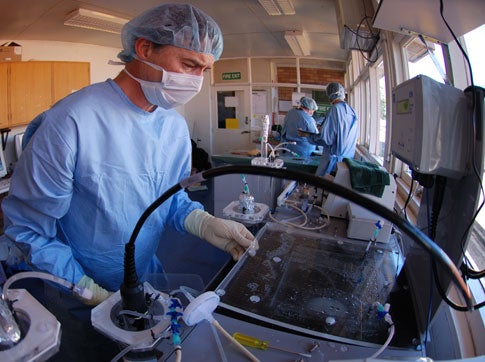 Last September, Otway conducted the first trial of the acrylic uterus with 10-month-old embryos from a pregnant wobbegong shark, a non-cannibalizing, plentiful species whose young develop on the same schedule as the grey nurse’s. He replicated a shark’s uterus by bathing the embryos in 68˚F seawater. After 17 days, the fake womb “gave birth” to six healthy pups. The team plans to experiment with younger wobbegongs and adjust the mixture in the tank to a watery solution rich in urea, sodium and potassium to match the early stages of a wobbegong pregnancy. 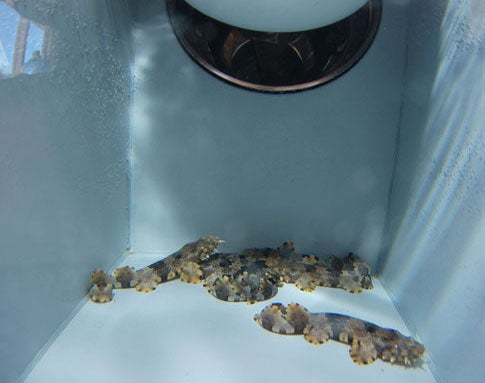 Sharks in a Box

Before Otway rears grey nurse sharks, his crew will study and duplicate the intrauterine solution found in the mothers. Then he’ll build separate wombs for each embryo. If all goes well with the 10-year project, he could increase a mother’s brood to 20. Otway says he could adapt the device for biologically similar species, but he has no plans to make artificial human uteresus. “That might be possible, but I don’t want to get into it because of the ethical issues,” he says. “I’ll stick with sharks.”