Killing One Owl, To Save Another, Ruffles Feathers

Barred owls are being killed to save endangered spotted owls. 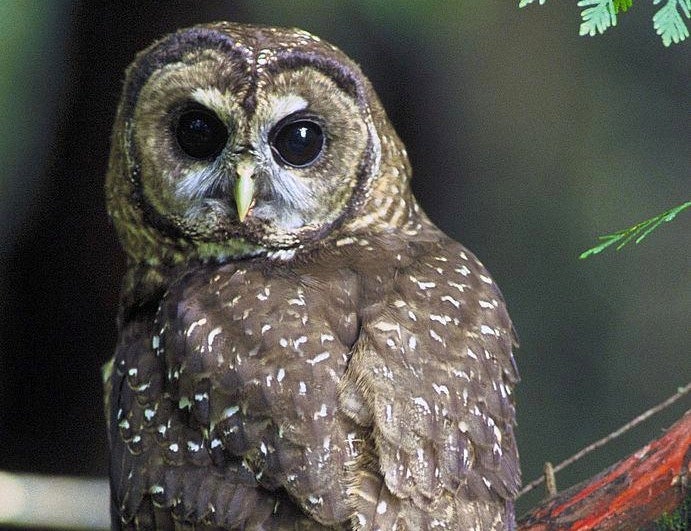 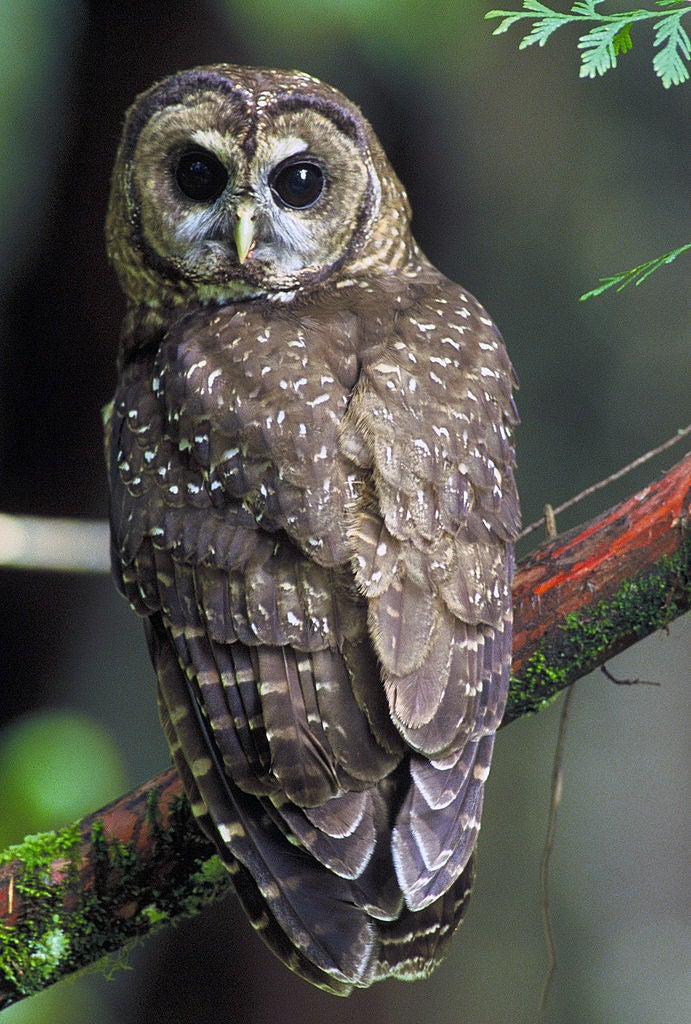 To save the endangered northern spotted owl, biologists have begun killing barred owls, a more widespread and aggressive bird that has invaded the former species’ territories in the U.S. Northwest. Once a barred owl enters a spotted owl’s range, it can out-compete it for food by being less picky and often aggressively kicks it out of its roost by repeatedly harassing and even “body-slamming” it.

But killing owls–even an aggressive intruder–represents a moral challenge for the U.S. Fish and Wildlife Service (FWS). On the one hand, killing these large birds seems wrong to many, but that agency is also required by law to protect spotted owls, which are listed as “threatened” under the Endangered Species Act.

It’s not contested that barred owls can kick out and replace spotted owls; that has been observed in many places as the barred owls have spread to the West Coast over the last few decades. Forests along Northern California’s Redwood Creek were prime spotted owl territory in the 1990s, for example, but then barred owls showed up and proliferated, replacing the native species. No northern spotted owls (Strix occidentalis caurina) have nested in the area for years, NPR reported. And this pattern has repeated itself again and again.

Some evidence suggests that removing barred owls (Strix varia) from spotted owls’ territory can help the endangered species recover. To find out if it’s feasible over a wide range, the Feds are are conducting a six-year, $3.5 million study in which 3,600 barred owls will be removed from areas of protected forest in California, Oregon, and Washington. (Spotted owl populations have continued to decline, despite the designation of 18.5 million acres of protected habitat.)

Concerns remain about the ethics of killing one owl to save another. Some think it won’t help the spotted owl, although the six-year study should find that out, and the point is moot since the study is underway. Others find it unethical to kill thousands of owls, period. The advocacy group Friends of Animals is suing to stop the experiment on those grounds.

Still others think it will be too expensive or technically unfeasible. A study reporting initial results should put those concerns to rest. It found that killing barred owls is easier and less expensive than previously thought. Barred owls respond aggressively to calls from a digital owl caller, according to Lowell Diller, a study author and biologist at Green Diamond, a timber company.

In the study, Diller shot more than 70 barred owls over the last five years, which felt “totally wrong,” he told NPR. “I hate it every time I go out and do it,” he says. But he thinks that it’s necessary to save spotted owls.

Outside experts said the study will help guide the rest of the six-year federal experiment, as the AP reports:

Paul Henson, Oregon state director of the U.S. Fish and Wildlife Service, said the study answered important questions about managing the incursion of barred owls into spotted owl territory. The experiment now underway will take it to the next level, from a few score birds to a few thousand.

“This is the first good technical quantitative evaluation of what it will take to do some of this,” he said.

Dan Rosenberg, co-director of the Oregon Wildlife Institute in Corvallis, said in an email that the study confirmed “small-scale removal is a feasible approach. It is planning the long-term, range-wide management to address barred owls that remains the challenge.”

Hanson said it may only be necessary to remove 20 percent of the barred owls from the Northwest to provide enough refuges for spotted-owl numbers to start recovering.