Their species may be surviving thanks to a hibernation-like advantage 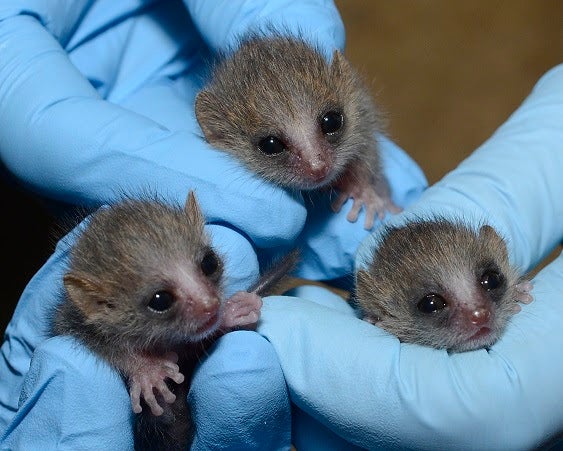 Hold on to your hats! Three new baby gray mouse lemurs have been born at the Duke Lemur Center in North Carolina.

Named Cholula, Barley, and Hops, the babies each way seven grams, or about the size of three pennies. Born on July 8, the babies, like other gray mouse lemurs at the DLC, are named after herbs and spices. Their mom is named Sriracha.

Unlike other lemurs, gray mouse lemurs are not endangered, and are thought to be one of the most common types of lemurs in their native Madagascar. Many other species are in decline due to habitat loss and other environmental issues. 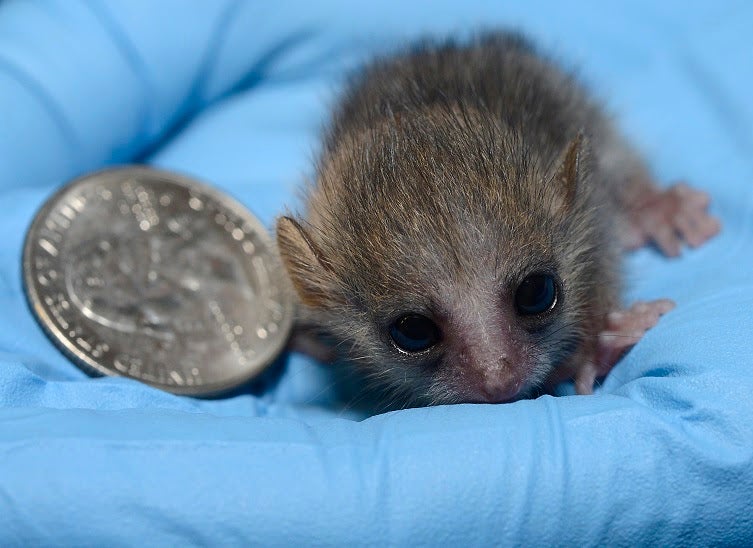 The size of a quarter

The gray mouse lemur, native to Madagascar, is known by many names in the native Malagasy language, including Tsidy, Koitsiky and Titilivaha.

Gray mouse lemurs are one of the only lemurs that go into a seasonal torpor when food gets low, almost like a bear’s winter hibernation. Experts think this may be a reason why the species isn’t declining as much as other lemurs.

These lemurs have been found to also suffer from neurological illnesses, similar to Alzheimer’s disease and dementia. The DLC decided to conduct research on these animals, in a no-harm conditions, because they are more genetically similar to humans than conventional study animals like mice.

The babies will join 48 other individuals at the center, which is the only breeding colony of gray mouse lemurs in North America. They are the largest of the mouse lemurs, reaching an adult weight of 50 grams, which is a little under two ounces.

The Duke Lemur Center, known for its lemur research, is turning 50 this year. You can visit the center by making an appointment or RSVP’ing to one of their upcoming events. While the upcoming Lemurpalooza is sold out, the DLC says you can still enter to win a lemur sleepover at the center, a leepover, perhaps? Check it out.