A Campaign To Save The World’s Ugliest Endangered Animals

The pig-nosed frog deserves your love (and cash for conservation), too. 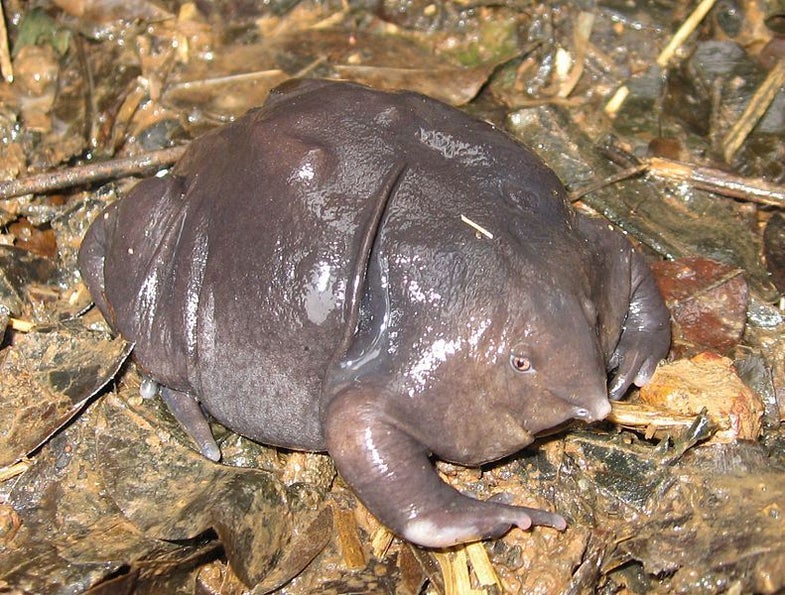 It’s well-known that the more adorable and charismatic of the endangered animals get most of the funding. That doesn’t mean the cute animals, like the iconic panda, aren’t worth saving, but it leaves a lot of the less photogenic but just as important animals out in the cold. Who’s interested in saving the Brazilian bald-faced tamarin, which looks like a cross between a rabid monkey and a bat? Or the Komodo dragon, a 10-foot-long murderous lizard that’s the embodiment of just about every childhood nightmare you ever had?

That’s where the Ugly Animal Preservation Society comes in. It’s an awareness campaign that uses comedy to bring attention to animals like the pig-nosed frog, pictured above, which may otherwise have trouble getting funding. The UAPS holds live events, where a combination of London comics and scientists discuss one ugly endangered animal of their choice. At the end of the show, the audience votes to decide which of those animals will become the mascot for each individual chapter of the UAPS. They don’t seem to be directly donating money; instead, the aim is to raise awareness, with the hopes that it will eventually lead to donations elsewhere.

It’s led by Simon Watt, a biologist who’s best known for public speaking, and has gotten a bit of attention over in the UK, appearing at the Edinburgh International Science Festival. You can read more about the efforts here.