Everything to know about the new iPhone 11, iPhone 11 Pro, and Apple Watch Series 5 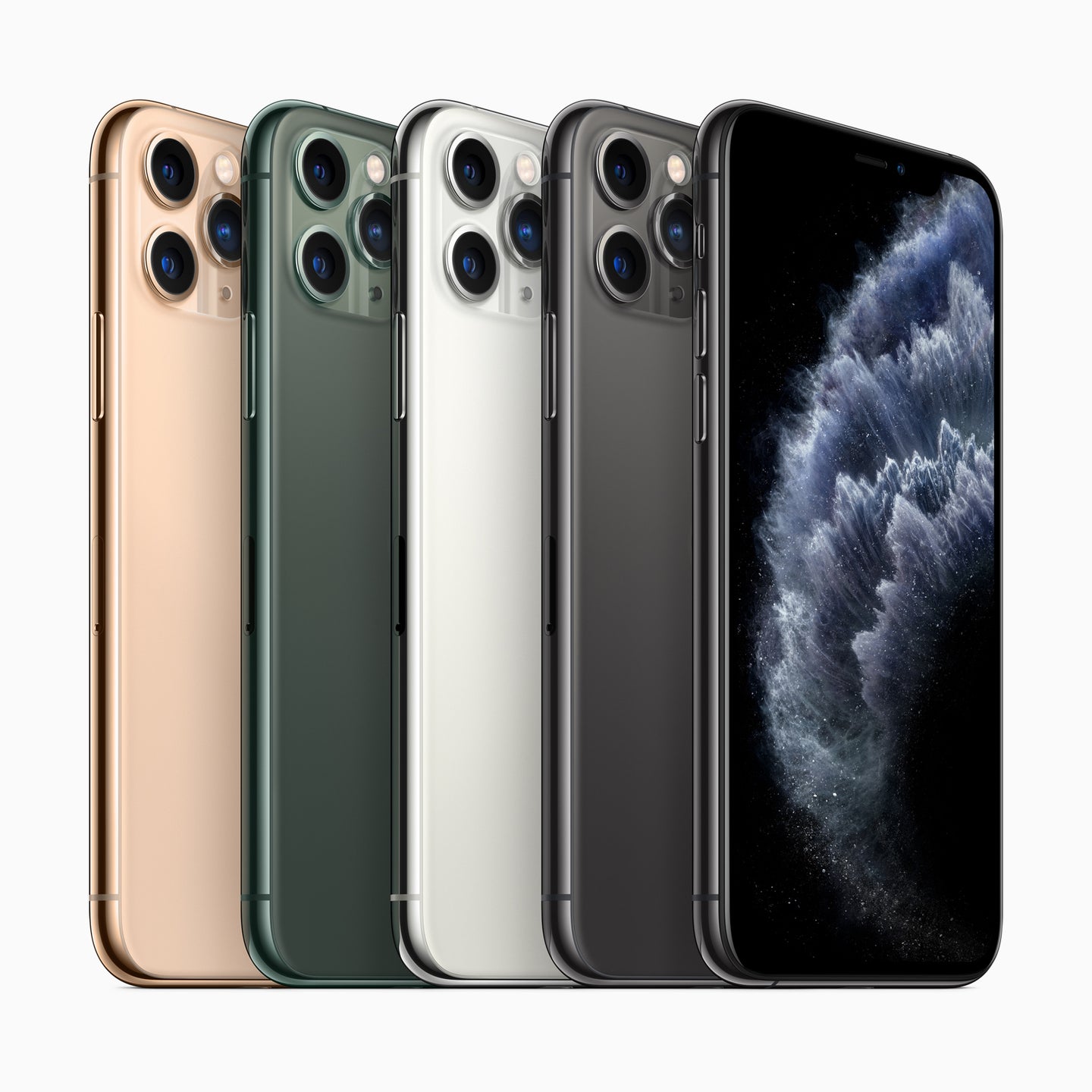 It’s that time of year—summer is over, kids have gone back to school, and tech reporters and Apple followers turn their eyes to Cupertino, California, to track the iPhone news coming out of the Steve Jobs Theater.

The event just concluded. Apple released three new iPhones, all with different forms of the “iPhone 11” name, plus a new iPad and a next-gen Apple Watch with a display that stays on all the time. Check out our live blog, below, for a summary of all the news from the reveal.

We’re off. Apple started with a short film highlighting its products and features over the years: iMacs, Apple Watches, and more.

Cook says he’s jumping right into things by focusing, first of all, on the App Store. We’re hearing about Apple Arcade, a gaming platform and subscription service. If you look in the store, you’ll eventually see a tab in there for the Arcade, which is where new games like “Frogger” will live. In fact, we’re already seeing a demo in which a frog wears outfits and hops around, just like in the original. Cute.

Now they’re showing off a music video-themed game that will also be on Apple Arcade. It also has an ’80s theme to it.

Cook talked about Apple TV+ content, mentioning The Morning Show, which will star an actor you might know from a sitcom called Friends, Jennifer Aniston. He also showed off a trailer for a new show, See, which stars Jason Momoa from Aquaman.

The TV service will launch with some shows on November 1 and will cost $4.99 a month, like Apple Arcade. “This is crazy,” Cook said, describing the price. He says that the service will also come free for a year if you buy an iPhone or new Apple device.

News about Apple’s tablets: They’re releasing a new iPad, the seventh generation. It’ll have a 10.2-inch display with 3.5 million pixels. The tablet will run on an A10 fusion chip and will be able to connect to an Apple keyboard case. It’ll also work with Apple Pencil and take advantage of the company’s relatively new OS for the iPad, which is called ipadOS.

Apple also boasts that the aluminum that encloses the tables is 100 percent recycled aluminum. It costs $329, which is inexpensive as iPads go. It’ll ship on September 30.

We saw a film about people who say that their Apple wearable helped save their lives, thanks to features like the heart-rate and ECG monitoring. They also say they like activity reminders, including “stand” prompts.

Speaking of healthcare, the company is going to be conducting more health research through the Apple Watch. There will be studies on hearing health, women’s health, and heart and movement health. The way to get involved is by opting in through the Apple Research app.

OK, now we’re getting to some new Apple Watch hardware! The next version is called Series 5 (makes sense), and the marquee feature is that the display never goes to sleep. That’s a great new change, because before you had to tip the timepiece towards you to see it. Apple designed the display to be power efficient to help make it so the screen is always on, but the battery life is the same.

What else? The newest-gen watch will have a compass built into it, which could be nice for people who use this gadget in the backcountry.

The watches will be made out of recycled aluminum in different colors, as well as stainless steel. Apple will also release a titanium version (the same metal their credit card is made from), as well as a ceramic one. The starting cost is $399, or $499 for a model that has cellular power. They’ll go on sale September 20. Series 3 watches will remain on sale for less.

The main course of the event is the iPhone news, and they just served it to us.

The newest line is called the iPhone 11, which is easy enough to remember. (Thanks for that, Tim.) You can pick from six different colors, and the display is 6.1 inches across. On the back are two cameras—one wide angle and another “ultra wide,” which takes in 120 degrees of view. Apple also boasts that the portrait mode works on pets, so you can give a picture of your cat a nice blurry background.

Another new feature is Night Mode. This is very similar to Google’s Night Sight on its Pixel phones. Night Mode on iPhones comes on automatically and is designed to improve photos taken in low light. It will also boast improved video-taking features; holding down the shutter button in picture mode will automatically take a short video, for example.

The front-facing or selfie camera will fit more people into the frame if you hold your phone horizontally. Plus, you can take slow-mo videos with that front camera. Do we really need that? Not sure.

The new chip powering these phones is called the A13.

It will start at $699. That’s relatively cheap!

But wait, there’s another new phone. It’s called the iPhone 11 Pro. It has three cameras, is made of steel, and comes in colors like gold and space grey.

As for the new chip in these phones, we heard about how fast it is and how it’s leveraging machine learning, a common strategy in modern flagship smartphones. The A13 Bionic has 8.5 billion transistors in it—the tiny “gates” that electrons pass through to make the whole thing tick. (Curious about transistors and chip size? Check out our Moore’s Law explainer.)

As for those cameras, one is a wide camera, the other is ultra wide, and the third is a telephoto camera. With this setup, you’ll be able to optically zoom up to four times, which is a lot for a smartphone camera.

And then there’s Deep Fusion. That’s the name of the new way that Apple is processing images on iPhone 11 Pros. It’s a “fusion” because it mashes together nine images to create the best possible picture. Apple also says that the video capture and editing experience are better than before, too.