There's a big announcement happening next week, but the new hardware is here now. 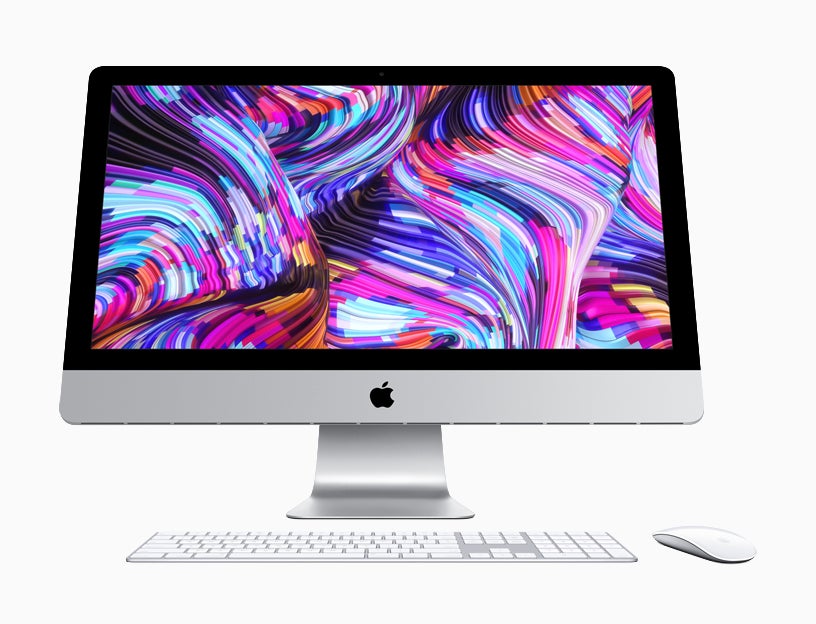 Some Apple product announcements are impossible to ignore. When a new iPhone emerges from Tim Cook’s pocket on stage at the Steve Jobs theater in Apple HQ, the internet clogs with livestreams, tweets, analysis, and hasty hands-on posts. Even my dad typically calls me to ask “what’s the deal?” with the new iPhone.

Over the past two days, however, Apple has quietly updated some of its most-popular products with little to no fanfare. The iPad Air, iPad Mini, and now the iMac all have new options available, and buying an iPad just got a lot more complicated.

Smartphones were a lot smaller back in 2012 when the iPad Mini, which made its 8-inch screen a reasonable middle point between a phone and the 9.7-inch iPad screen. As time rolled forward, however, the device made less sense in the lineup, which now included phones with screens as large as 6.5 inches. It’s no surprise, then, thatApple’s most recent update to the Mini happened all the way back in 2015 with the iPad Mini 4.

The 2019 version, however, brings the neglected little device into the realm of Apple’s current tech. It uses a similar 8-inch screen as the Retina-equipped Mini 4 model, but it now has the True Tone color tech that automatically adjusts the temperature of the screen depending on the ambient light in your environment. Apple stuck its current A12 Bionic processor inside, which isn’t as fast as the A12X found in the iPad Pro, but it’s a considerable step up from the previous version.

From a form-factor standpoint, the Mini hasn’t changed much at all. It still uses the Lightning connector instead of the USB-C port found on the Pro. It also still uses TouchID instead of FaceID, which comes as less of a surprise, but also makes the device look dated—especially with those big bezels around the screen.

The updated Mini costs $400, which, again, isn’t surprising considering the history of the line, but seems out of place when you consider the $329 price tag found on the larger, standard iPad.

The new version of Apple’s increasingly ubiquitous wireless earbuds will have a wireless charging case (that you can buy on its own for $79), a new H1 chip inside that should give them a longer battery life than the previous version, and the ability to summon Siri with your voice rather than having to touch them. We expect more info about them today. The wireless charging case also suggests we may finally get Apple’s long-awaited AirPower wireless charging pad.

The iPad Air has languished through several generations of iPad releases, but now it’s back from the dead—and its name makes less sense than it has in the past. The device has a 10.5-inch screen and it’s lighter than the comparable Pro model, but, strangely, it’s also slightly thicker. From a specification standpoint, you get a lot of the same guts found in the Mini, including a A12 Bionic processor and True Tone display. It, too, will only work with the older Apple Pencil.

One unfortunate effect of this update is that buying a keyboard case for your non-Mini iPad is now way more complex than it was before. All three iPad options each have different keyboard requirements. The Pro is the only model that works with the Smart Keyboard Folio, and the $329 iPad only works with Bluetooth keyboards. The new Air still works with the Smart Keyboard (not the Folio) and Bluetooth keyboards. Oh, and like the Mini, the Air only works with the older version of the Apple Pencil, so best to check with an Apple Store employee if you want to be absolutely sure all your stuff will work together once you get it home.

Its price starts at $499, which makes it considerably more expensive than the $329 iPad. The jump from the A10 Fusion chip up to the A12 Bionic isn’t something to scoff at, but the nearly $200 difference may not be worth it for buyers who just want to use it to surf the web and watch content—including whatever Apple may be dishing out when it announces its new streaming service next week.

The last update to the regular iMac models happened at Apple’s Worldwide Developer’s Conference in 2017, which means we’ve been waiting for the new version for about the same amount of time we’ve been anticipating the final season of Game of Thrones. In that time, even the Mac Mini specs have surpassed the speed of Apple’s all-in-one machines.

Now, the 21.5-inch and 27-inch iMacs both have updated specs that bring them into the modern computing world, including new Intel processors and AMD graphics chips.The 21.5-inch machine still has a 4K display, but now lets you choose from 8th generation Intel Core processors (i3, i5, or i7 depending on how much cash you’re willing to spend), and up to an AMD Radeon Pro Vega 20 GPU.

The 27-inch iMac has more high-end options available. The standard models all come with Core i5 processors, but the top-tier machine uses a newer 9th generation chip instead of the still-current 8th gen model. If you need tons of performance for tasks like video editing and making your own Pixar movies or you’re just flush with dollars, you can go all the way up, though it will cost you an extra $400 on top of the $2,299 starting price. And, because we know you’re curious, the most expensive model comes to $5,249, which includes the fastest processor, 64 gigs of RAM, a Radeon Pro Vega 48 graphics processor , and a 2 terabyte solid-state storage drive.

If you’re underwhelmed by the new hardware announcements (can’t really blame you), there’s a big Apple event happening next week at which the company will likely announce its video streaming service. Then you can get your fix of pomp and circumstance that typically come with news out of Cupertino.