Here’s the simple law behind your shrinking gadgets

Transistors get smaller and your computer gets faster. 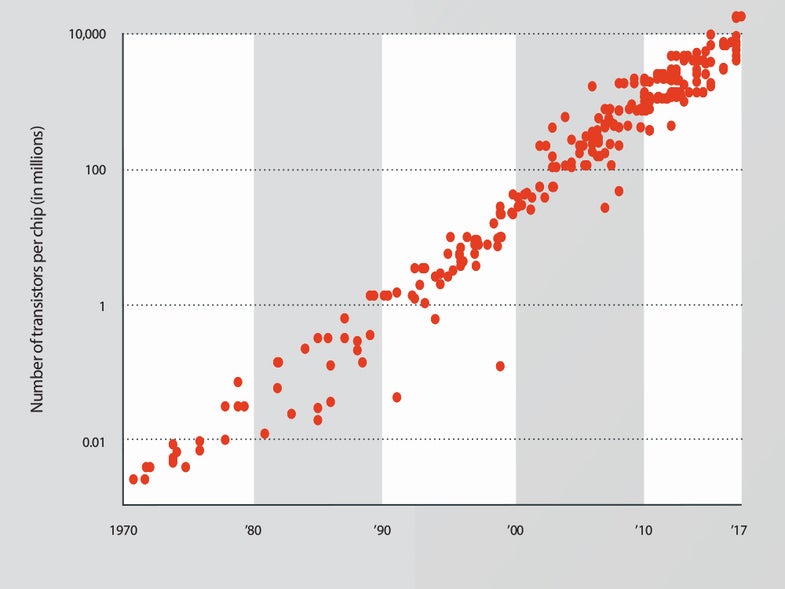 The chip powering your smartphone is teeming with transistors. These Lilliputian gates open and close to control the flow of electrons, forming binary zeros and ones that tell the device what to do. Smaller gates mean more transistors—and faster chips. In 1975, Intel co-founder Gordon Moore predicted counts would double biennially. (Yes, this is Moore’s law.)

Analysts debate whether transistor counts will continue their exponential rise, but so far the trajectory has held steady. In 1971, the Intel 4004 chip had just 2,300; the ones inside ’90s-era personal computers sported millions; and today’s silicon can contain billions. But running that many transistors takes a lot of power. So in the mid-aughts, engineers began devising more-efficient chips by segmenting processors into cores, groupings of transistors that each handle their own parallel tasks and use less power. But these multicore chips still need to work quickly, so engineers continue to jam in transistors.