Why it’s worth carrying more than one gadget

Your phone can do everything... but should it? 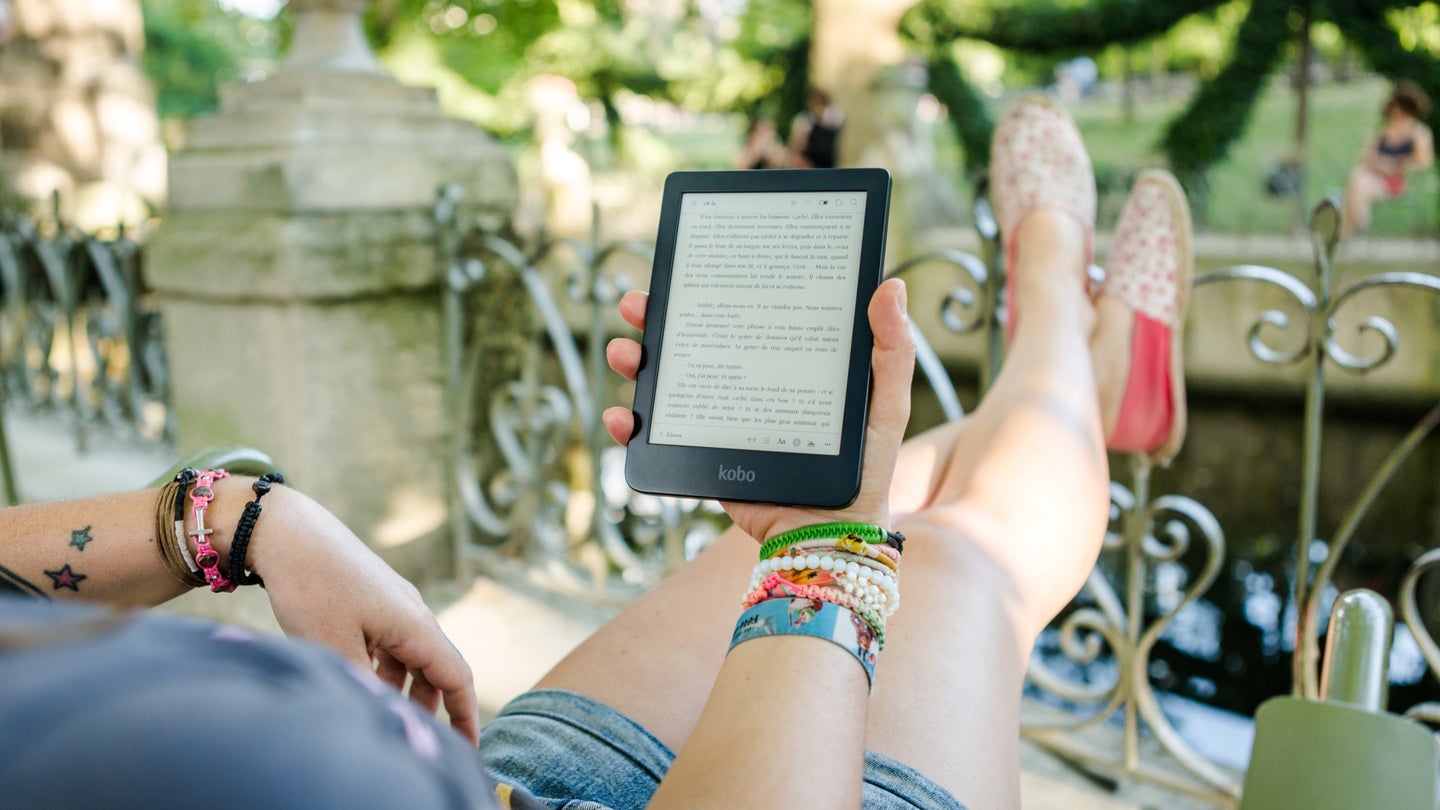 Maybe it's a little easier for you to kick back and relax with an e-reader instead of a phone. Perfecto Capucine / Unsplash
SHARE

This story has been updated. It was originally published on May 16, 2019.

The rise of the smartphone has cut down the number of gadgets we need to carry with us. Most people see no reason to weigh themselves down with gear when one device can be a camera, audio recorder, e-reader, digital music player, document scanner, and much more.

This versatility means less stuff in our pockets and bags, but there’s a case to be made for not using your phone for everything—at least not all the time.

Smartphones have undoubtedly revolutionized photography. With cameras in nearly everyone’s hands, we’re now documenting and sharing much more of our lives than ever before. From social media to breaking news, phone photography has changed the game.

It’s fair to say phones have eaten up the cheap compact camera market, but the jump in quality from a phone to a pro-level DSLR camera is still a significant one, even as mobile cameras continue to get better.

Control over lenses, particularly zoom levels, is a big factor. Even with top smartphones now finding ways to offer 5x optical zoom, an actual camera can go way, way beyond that and get you much closer to the action.

Tweaking the amount of light that hits a camera’s sensors is also crucial for getting the best shots, and DSLRs simply give you more control and more options. Most phones don’t offer much in the way of controlling aperture, light sensitivity (ISO), and shutter speed settings, so users can’t easily customize how much light reaches the lens.

For fast-moving action, detailed close-ups, or really low-light situations (especially when a flash is necessary), it’s still worth carrying a standalone digital camera and a lens or two. You’ll find you generally get better shots and can capture them more easily, too.

Smartphones function perfectly well as e-readers—there’s even an official Kindle app for iOS and Android that lets you do without an actual Kindle entirely. Both Apple and Google make dedicated e-book apps for their platforms too.

So why bother packing a separate e-reader into your backpack or suitcase? A few arguments can be made for it, not least that the e-ink screen of a Kindle or similar device is much easier on the eyes than the bright display of a phone.

As well as mitigating eye fatigue, dedicated e-readers last much longer between battery charges. Amazon’s most basic Kindle ($90 on Amazon) stays juiced for around four weeks, according to the manufacturer, so you don’t have to worry if you forget to pack its charger.

E-readers also have the benefit of doing just one job, so your reading won’t be interrupted by WhatsApp notifications or incoming emails. When you want to unwind on vacation or simply concentrate during a lunch break, that’s a bonus.

Phones are still good for short bursts of reading, of course—and the aforementioned Kindle apps will sync reading positions with a dedicated e-reader—but for serious digital reading it might be better to use a separate device.

Digital music players can keep you immersed in sound

Remember, the iPod was Apple’s first breakthrough portable gadget before the iPhone came along and scooped up all its sales.

Today, the main reasons you would want to pack a separate digital music player are similar to the arguments for using an e-reader: you’ll be able to listen to your tunes without distractions, and it will give you more battery life while saving your phone’s power cell.

Another factor is portability. Something like the Mighty music player ($120 on Amazon) can sync your Spotify playlists for offline listening and is small enough to strap on your arm or keep around your neck—perfect for that early morning run.

Apple discontinued the iPod Touch earlier this year, but is still offering support and selling them while supplies last. It works with Apple Music, Spotify, and every other music app on iOS, while offering access to a whole host of other apps and games as well.

If you need something cheap and compact that’s not going to light up every five minutes with a new messaging alert, or run out of battery in half a day, a dedicated music player still has appeal, particularly for runners, cyclists, and frequent travelers.

Smartwatches are a little more portable

Plenty of us rely on our phones to tell the time and, probably, to wake us up in the morning. If you think about it, though, there’s a compelling argument for using a smartwatch, or even a regular watch, to do the job instead.

For a start, it saves you from having to fish around in your pocket or bag (and then getting distracted by 100 Instagram notifications) every time you just want to know what time it is.

[Related: Trying to use your smartphone less? Get a smartwatch.]

When it comes to exercising, a smartwatch also gives you access to apps like maps and calls, right from your wrist. Alternatively, a smartwatch will let you leave your phone at home, but still take your music with you.

For the outdoor adventurer, higher-end smartwatches can provide accurate directions to and from your destination long after your phone’s battery has died. And once it’s time to hit the hay, smartwatches can track your sleep without being intrusive, too.

So, a smartwatch can be a useful extension of, and in some cases, a complete replacement for, a smartphone. You’ve got plenty to pick from as well, including the Apple Watch Series 7 ($400 and up from Apple), and the Garmin Instinct ($175 from Amazon).

You might be used to streaming radio stations through your phone, but a pocket digital radio might be worth taking along in some situations.

First up: battery life. These small radios will last for hours between charges, so your smartphone can take a breather or spend its precious battery on other tasks.

Second: data usage. Even if you’re on a generous cellular plan, you’re going to be using a big chunk of data trying to stream radio stations to your phone. That won’t happen with a dedicated radio, and you’re more likely to get a signal in crowded spots, too.

If you want to crank out the tunes at a beach or picnic without using your phone’s data or battery, you can spring for a bigger portable radio. Sure, it’ll mean more bulk when you’re packing, but it might be worth the extra weight.

With good-quality models costing as little as $35 on Amazon and offering Bluetooth connectivity and memory card support (for your MP3s), radios are worth considering as complements to your phone.

Portable gaming systems let you play on the go

Another type of gadget smartphones have nearly killed off is the portable gaming console, because a phone with a huge selection of games is, effectively, the same thing.

Some portable systems live on, though, and they’re worth taking with you. Most notably, there’s the Nintendo Switch ($300 on Amazon), which gives you a bigger screen and better graphics than a smartphone can offer, and plugs right into your TV when you get home.

Unlike your phone, the Switch has its own controllers, and can offer a better overall gaming experience. As mentioned during the discussion of other gadgets on this list, it will also save you from draining your phone’s battery while gaming.

The explosion of smartphone use has largely scared manufacturers away from portable gaming devices, but older systems like the Sony PlayStation Vita ($285 and up on Amazon) and Nintendo 3DS ($300 and up on Amazon) are still around and worth considering.

Even so, it’s really the Nintendo Switch that’s currently carrying the torch for portable gaming systems. Fans of gaming on the go can only hope its popularity is enough to prompt the development of a few more gadgets just like it.