You can try the iOS 13 and iPadOS betas right now, but you probably shouldn’t

The new software is available, but buggy. 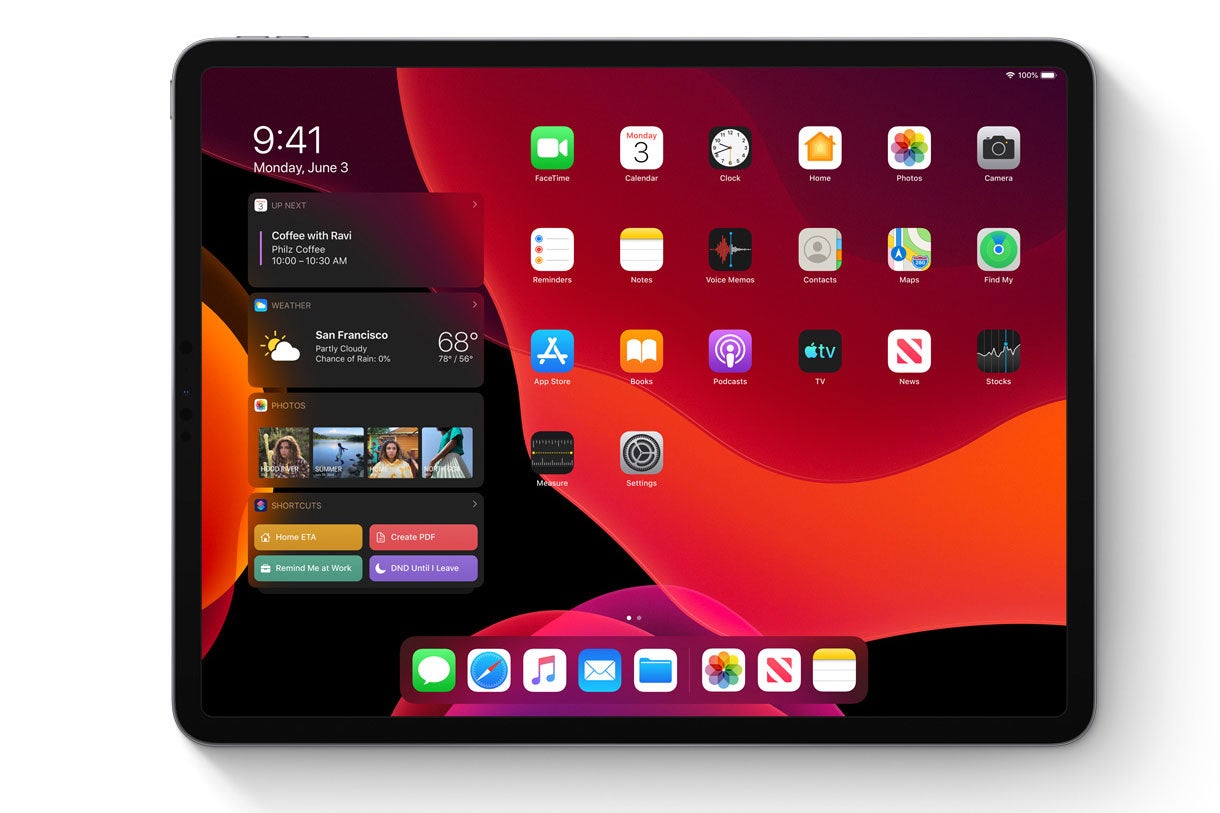 Just a few weeks ago at its developers’ conference, Apple announced the upcoming iOS 13 and iPadOS 13 updates. It was a big moment within the Apple universe because it officially separates the iPhone and the iPad into different, albeit similar software worlds. Now, both operating systems have hit their public beta phase, which means you can upgrade and try them right now—but it’s not something you should jump into blind.

Some things to consider before you take the plunge

The beta status means that both operating systems are still in testing mode and aren’t ready for the larger user base just yet. Previously, developers with paid accounts could access the new software, but now it’s out there for free for any user with the hardware to support it and a high tolerance for bugs that will disappear before the official release.

Before you even think about pulling the trigger on the beta, you should make sure to back up your device. Moving you gadget back to a backup will be your only method of reverting back to version 12 if something goes totally awry. If you don’t have a solid backup, you’ll have to wait until the official release, which won’t happen until later in the year.

That means your favorite apps may not work correctly—or at all. Your battery life may suffer and the device may freeze up on you or randomly restart. Such is life when using a beta product. Early reports (and a couple of minutes of messing around with iOS 13 on a spare iPhone) suggest this version is still pretty early and buggy.

In short: You probably shouldn’t install this beta software on any of your main devices, and especially not if it’s your own device.

How to do it Still with us? If you want to give it a shot, here’s how to do it. First, after you’ve made the aforementioned backup, make sure your device supports the new software. iOS covers every model back to the iPhone SE and iPhone 6S Plus, but not the original iPhone 6. The iPad goes back to the iPad Air 2, the iPad Mini 4, the iPad (which was the fifth generation), and the original iPad Pro.

Apple provides most of the information you’ll need straight from its Beta Software Program website.

You’ll need to install a profile for the device you want to update. This is the link to do so for iOS and you can click here to do so on your iPad.

Once you install the profile, you can update your device by going to Settings > General > Software Update and choosing the available beta to download and run.

If you made it through all of that, you get to be early to the iOS 13 and iPadOS 13 parties, but what does that actually get you?

This article provides an excellent starting point for the new iOS features including dark mode, an updated Reminders interface, and a keyboard that allows you to swipe around instead of tapping like Android users have been for years. The graphic that indicates volume changes is now finally tucked over to the left of the screen instead of plastering a giant graphic in the center of the display.

You can also try out the new Photos app, which automatically arranges your images to show you what it thinks are your best shots. You also get new image editing tools, which aren’t as dated as the previously limited offerings.

The iPadOS beta seems even rougher than iOS 13 at the moment. You can try out the new home screen format, which includes the familiar grid of apps as well as a dashboard that can simultaneously present you with notifications and other info like the weather.

You can also try out the mouse support feature, but as CNET outlines nicely here, it may not be what some users were expecting. The mouse support isn’t designed to make the iPad more like a computer.t’s strictly about accessibility and giving more users access to the device’s features rather than making it a MacBook competitor.

Once you start surfing the web in iPadOS, however, you’ll notice that you now get full versions of websites instead of stretched out mobile versions. That means you can use things like real Gmail.

Beta programs like this exist in order to find and fix bugs before the official release, so providing feedback about its performance is an important part of the process. You can provide feedback through forms and diagnostic files using the instructions found here.