Eagles face another major threat in the US: lead poisoning

A survey of more than 1,000 bald and golden eagles highlights a drastic increase in poisoning linked to lead-based ammunition. 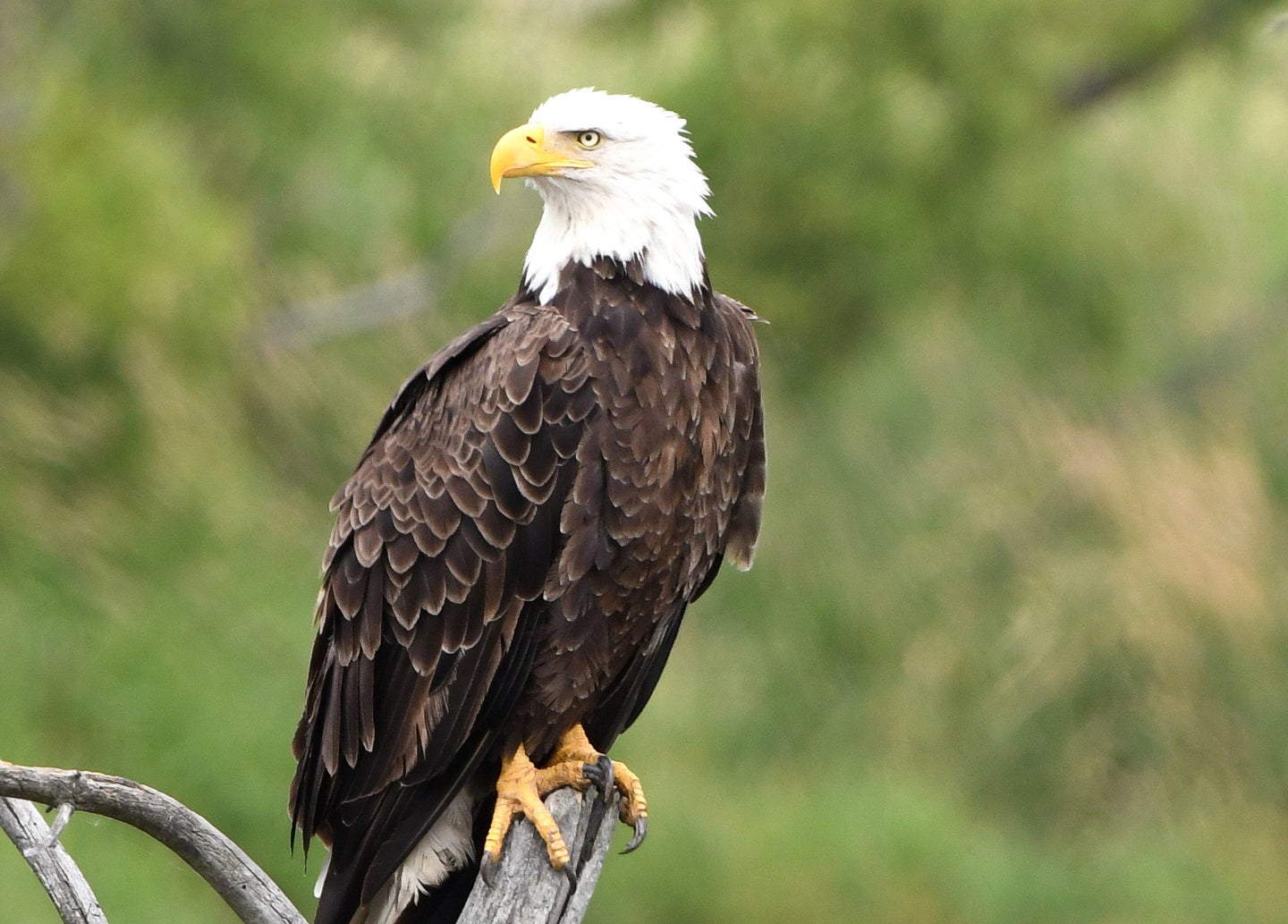 Bald and golden eagles across North America are in danger from lead poisoning, a new analysis suggests.

Researchers tracked levels of the deadly metal in more than 1,000 eagles from 38 US states, and found that “unexpectedly high” proportions of birds from the two species suffered from both chronic and recent poisoning. Almost half of the eagles the team inspected showed signs of repeated lead exposure in their bones, raising concerns about the impacts on bald and golden eagle populations around the continent. The findings can inform future eagle conservation efforts, the researchers reported on February 17 in Science.

“For quite some time we have known that lead poisoning was affecting these species, especially as we have seen case numbers increase in rehabilitation settings,” Megan Judkins, the aviary director at the Grey Snow Eagle House, an eagle rehabilitation facility in Perkins, Oklahoma run and operated by the Iowa Tribe of Oklahoma, said in an email. “But research like this allows us to see this for what it is, more than just a localized problem.”

She and her colleagues were not involved in the new study, but have also observed lead poisoning cases drastically increase within the last five to 10 years, said Judkins, who researches eagle genomics at Oklahoma State University.

Although lead occurs naturally in Earth’s crust, it also gets into the environment through human activities such as mining. Eagles are frequently exposed to the metal through lead bullets, which can fragment into hundreds of pieces when they strike an animal, says Vincent Slabe, a coauthor of the study and research wildlife biologist based in Montana who works for the nonprofit Conservation Science Global Inc. Once ingested, lead damages the birds’ nervous systems and organs and can lead to seizures, extreme weakness, and death. Even if a bird survives, it may experience lifelong vision, cardiovascular, and other health problems, Judkins said.

[Related: Everything you think you know about bald eagles is wrong]

To find out how wide ranging the issue is, the team reached out to scientists studying live eagles, state and federal agencies that respond to reports of dead eagles, and wildlife rehabilitation facilities that treat sick and injured birds. Between 2010 and 2018, the researchers examined 1,210 eagles, including 620 live birds.

The researchers sampled a variety of tissues, including blood, bones, liver, and feathers. While lead can linger in the blood or liver for weeks to months, it accumulates in bone throughout an animal’s lifetime.

“Basically all of these data are telling us the same story: These eagles are very frequently exposed to lead, more than we had previously understood, and this exposure is happening repeatedly over the course of their lives,” says Todd E. Katzner, a research wildlife biologist at the US Geological Survey Forest and Rangeland Ecosystem Science Center in Boise, Idaho and another study author.

He and his team measured lead levels in the birds’ bones indicative of chronic poisoning in 46 and 47 percent of the deceased golden and bald eagles, respectively. The other tissues carried evidence of short-term lead exposures in 27 to 33 percent of bald eagles and 7 to 35 percent of golden eagles. Adult birds of both species carried higher bone lead concentrations than younger birds.

The researchers also detected higher rates of chronic lead poisoning in bald eagles from central states than those closer to the coasts, although the reasons for this pattern aren’t yet clear, Slabe says.

Generally, lead concentrations in the blood and livers of both species rose during the winter months, when the eagles typically rely on scavenging to sustain themselves. The birds often feast upon gut piles left behind by hunters and can ingest fragments of lead ammunition along with the nutritious meat.

“The eagles are being poisoned during the time of year when these carcasses are abundant on the landscape,” Slabe says. “This realization has been concluded from multiple regional studies, and now concluded as a source of lead exposure in these birds at the continental scale in our study.”

“Over a 20-year period…the population will be smaller by many thousands of individuals than it would be otherwise,” Katzner says.

Lead may also threaten eagle populations in ways that the researchers didn’t account for, he adds. Even when lead poisoning isn’t fatal, it may weaken birds enough to prevent them from laying eggs and raising chicks.

The team is now investigating whether fewer eagles die after hunters switch to using non-lead ammunition.

“​​The more animals they harvest with non-lead ammo, the more non-leaded food there is for eagles on the landscape,” Slabe says. “As we switch more of this food source to a clean meal and a healthy meal for an eagle, then we could start to see this pattern changing [to] a reduction in mortality in bald and golden eagles from lead poisoning at a nationwide scale.”

“Fortunately, by utilizing non-lead ammunitions, we can easily eliminate the chance for these individuals to ingest lead,” she said. “By being able to include a strong, peer-reviewed paper such as this into our educational tools, it makes our statement that much stronger.”