Don't expect them to breathe fire

In a paper published today in PLOS One, researchers describe two new species of ants from New Guinea.

The new ant species are members of the widespread Pheidole genus, a type of ant found all over the world, and known for its large heads. But in addition to their big heads, these two species have huge spikes on their backs.

The researchers decided that the spikes bore a distinct resemblance to the adornments of the dragons from “Game of Thrones,” and named them accordingly. The new species are Pheidole viserion and Pheidole drogon. (Sorry, Rhaegal, today’s not your day).

Of course, their size means that they look less like this version of their namesakes:

Researchers speculate that in addition to being an imposing defense mechanism, the spikes may also contain musculature that helps the ants hold up their large heads.

As a part of the identification process, the ants were scanned using a specialized CT scanner — just like the kind used in medical settings, but able to scan smaller objects, like these ants. Though this isn’t the first time this method has been used, it is among the first, and researchers hope that more widespread use of these scans will make it easier for researchers to identify new species like these ants in the wild.

“If you are working in the bush in Africa and find an ant that you want to identify, it is really difficult to fly all the way to a museum in Europe or the U.S. to see collections of already known species,” Georg Fischer, a co-author on the paper said. “This way you can download the virtual ant, make measurements, and compare it to the specimen you are trying to identify.” 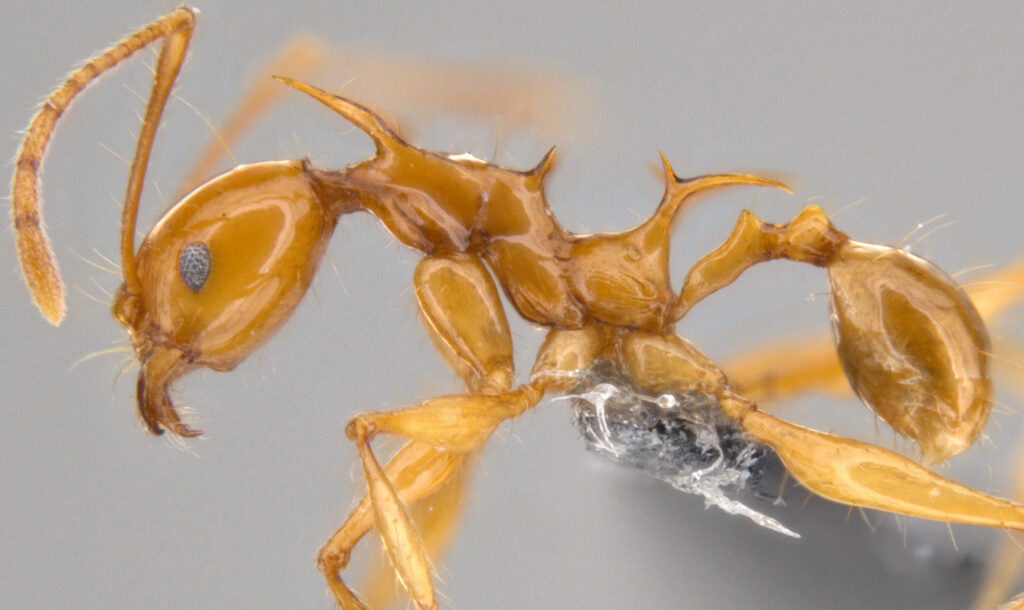