A stone cold killer and a shrewd scavenger. 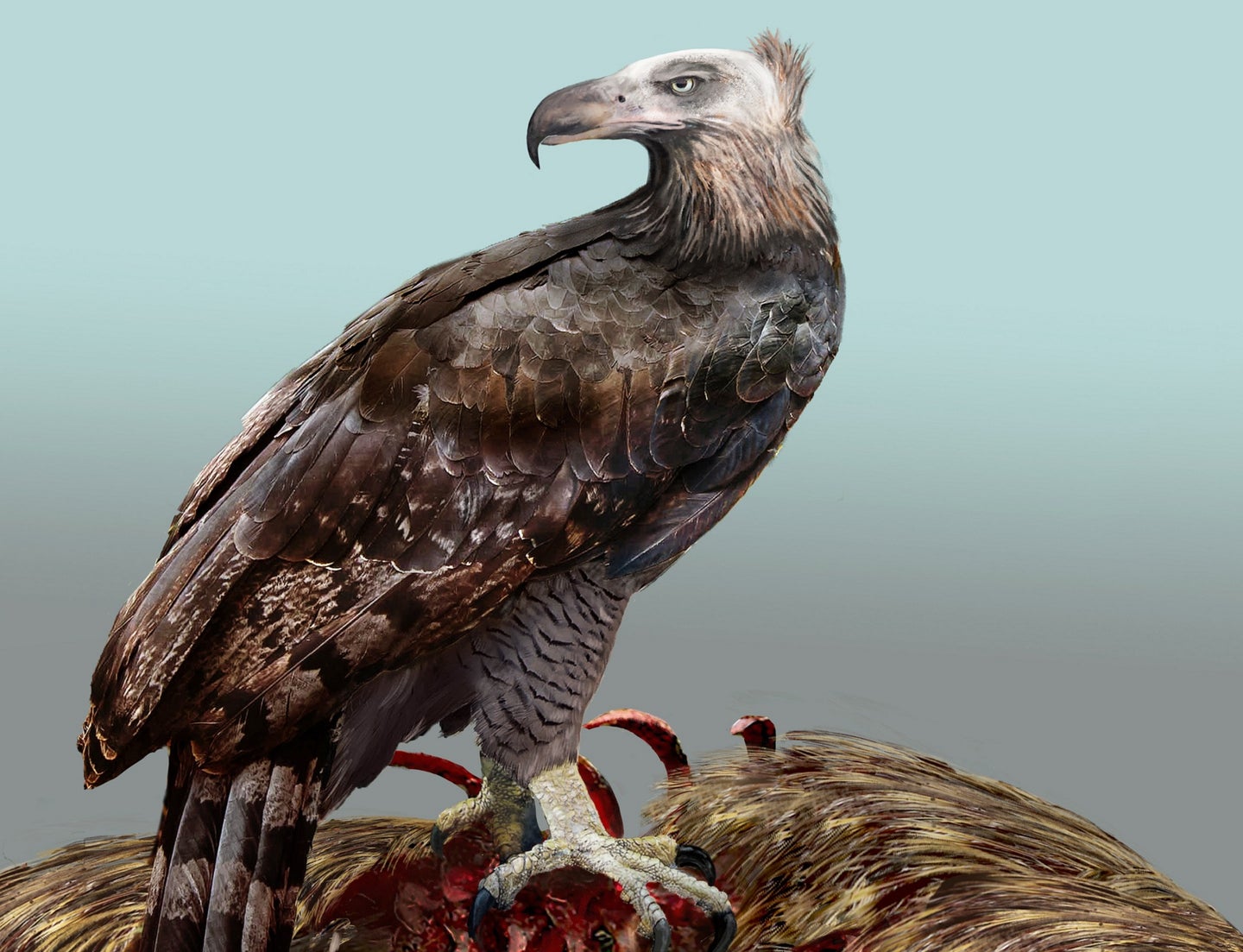 The biggest known eagle in history just got a bit more metal, thanks to new research. Modern species eat their food by ripping sections off into bite-sized pieces, but the extinct bird known as the Haast’s eagle or harpagornis ate more like a condor, sticking its whole head into the carcasses of larger creatures to eviscerate them from inside out.

Biologists in Australia published their findings on the raptor with a 10-foot wingspan that swooped over New Zealand for the past many millennia in Proceedings of the Royal Society B: Biological Sciences this week. They studied the morphology of the bird with virtual mockups to understand its behaviors, and used 3D-rendering tools to bring it back to life in a way.

Previously, researchers couldn’t confirm whether harpagornis acted like a golden eagle, hunting and killing its prey, or more like a vulture, scavenging the meat and bones of already-dead creatures. To find out, the authors of the new study distilled potential traits of the ancient species from 3D images and compared them to features in today’s birds.

The creature’s beak, braincase, and talons were studied using geometric morphometric and finite-element analyses, tools that allowed the team to determine the shape and strength of the bird’s features. They then calculated the amount of pressure that these body parts could bear to learn if the eagle was powerful enough to attack prey, or just strong enough to dig through the flesh of a carcass.

They found that the harpagornis’s beak and talons were more eagle-like in nature and able to withstand high amounts of pressure, leading them to believe that it was in fact a predator. But its skull shape, which had strain spots from eating, indicated that once it had taken down its meal, it would rip into it and eat the internal organs like a vulture. This combination of strategies also suggests that the species might have undergone rapid evolutionary changes to maximize its resources by being a hunter and a scavenger.

The Haast’s eagle is known to have consumed another extinct Pacific bird, the moa, based on preserved bones scarred by talons. But this more recent discovery suggests the raptors were taking down the 400-something-pound beasts themselves, and then methodically tearing out the guts. Rock paintings from before harpagornis went extinct further hint that the species was bald, much like today’s vultures.

When humans hunted moas to extinction about 800 years ago, the Haast’s eagle died out as well. Though it isn’t around to stick its head into massive carcasses anymore, studies like this give a glimpse of how ancient predators found creative ways to survive.