Climate Scientist Digs Up Data By Literally Mining The News

In 1896, Swedish scientist Svante Arrhenius theorized that adding carbon dioxide to the atmosphere by burning coal would create a... 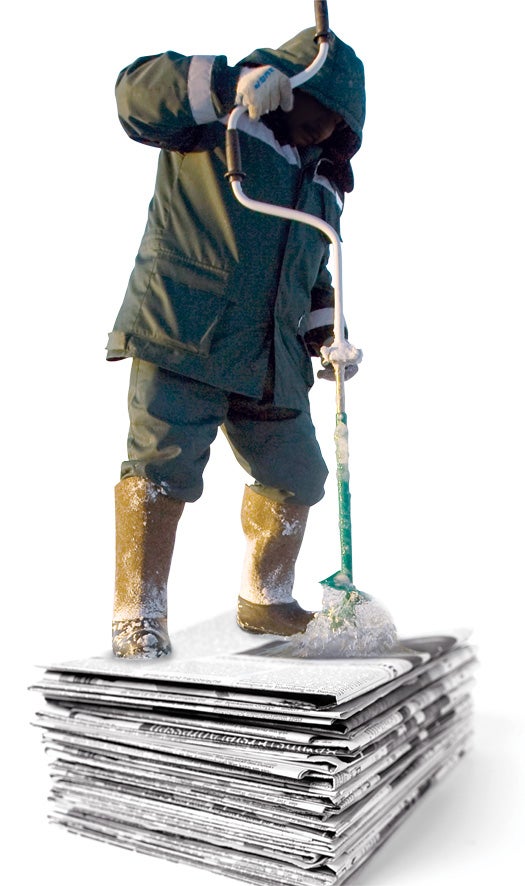 In 1896, Swedish scientist Svante Arrhenius theorized that adding carbon dioxide to the atmosphere by burning coal would create a “greenhouse effect” and raise the planet’s average temperature. Most scientists scoffed. How could the puny actions of humans ever seriously alter the natural climate cycles? It wasn’t until 1958 that measurements began to show levels of carbon dioxide in the atmosphere rising and temperatures shifting.

Understanding precisely how human activities have influenced such changes will help us understand what to do in the future. So climate researchers keep looking for new ways to dig into the past. “We are trying to see how bad we are,” is the way Dan Yakir puts it. Yakir is a biogeochemist at the Weizmann Institute in Israel. A few years ago, he began tinkering with an unusual way to quantify Victorian-era atmospheric carbon. The idea was to peer into the early days of industrialization, when humans first began burning large amounts of coal and oil, and climate science didn’t even exist.

The standard way of looking at old air has been to find bubbles of it trapped in polar ice. In Greenland and Antarctica, scientists have spent years shivering in the wind, using heavy drills to pull out columns of ice and extract small sips of ancient air, which bear clues stretching back about 700,000 years. But data from these samples is too old and too broad to show precisely what was going on when Andrew Carnegie was building steel mills in Pennsylvania. Tree rings read from pencil-like core samples—provide a much more detailed year-by-year record of the more recent past. The problem is finding good trees.

“You need a lot of replication,” Yakir says, “because an individual tree is influenced by many things: fire, drought, grazing, human damage, competition.” What he wanted was to sample a lot of trees from a known period of the not-too-distant past. His revelation was to analyze paper, which Yakir calls “a salad bowl” of trees. Better still, analyze newspaper—it carries the date right at the top of every page.

Yakir wrote to science editors at 10 newspapers around the U.S. and asked each to send him snippets of newsprint cut from their back issues. Only the editor from the Boston Globe responded, and only to say that he was too busy to spend hours hacking up back issues. But the Globe, founded in 1872, would be perfect for the experiment, Yakir felt, and he kept calling until he found a secretary who grumbled a little (it would take a Saturday) but sounded convinceable. Yakir mailed her a $100 bill, and she sent back a heavy packet of 1-by-1.5-inch newspaper snippets.

Yakir burned more than 100 Globe samples at 2,000 to 2,200°F in a super-oxygen-rich oven, letting the carbon in the paper combine with the oxygen to make carbon dioxide. He then measured the carbon from the exhaust and used a mass spectrometer to determine its isotopic composition, particularly a key marker of fossil-fuel burning, carbon-13, and compared with to carbon-12. In this experiment, he was piecing together the story of the air that the trees were “breathing in” by photosynthesis each year. When the ratio of carbon-13 to carbon-12 goes up or down in the atmosphere, so does the ratio in the trees. That’s what was reflected in the newspaper snippets.

Steven Leavitt, who heads a tree-ring lab at the University of Arizona, says that the advantage to Yakir’s research lies in the “newspaper samples probably representing many trees perhaps over a wide area, thereby smoothing out variability associated with differences among individual trees.” Yakir’s research shows carbon levels increasing alongside early industry, which will enhance our understanding of human impact on the climate. “Reading between the lines,” he calls it.