Is It True That Birds Can’t Fart? 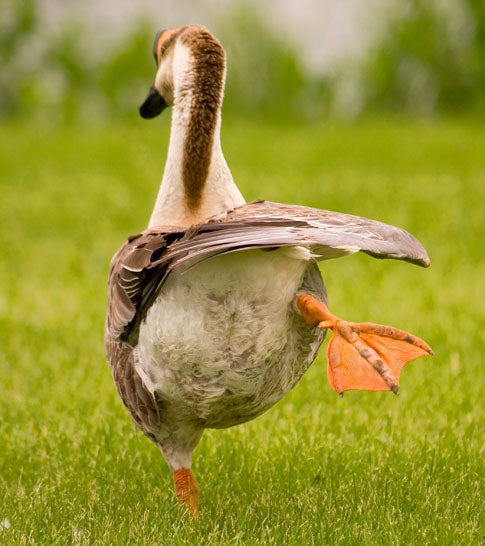 It’s not that they can’t. They just don’t need to, says Mike Murray, a veterinarian at the Monterey Bay Aquarium in California. Birds have the anatomical and physical ability to pass gas, he explains, “but if I saw gas in a bird’s gastrointestinal tract on an x-ray, I’d suspect that something abnormal was going on in there.”

Birds don’t typically carry the same kinds of gas-forming bacteria in their gut as humans and other mammals to help digest food, so there’s nothing to let loose. Parrots sometimes emit fart-like sounds, but it’s not what you might think.”They like to make playful sounds like they’re giving you a raspberry, but it’s coming from the north end, not the south,” Murray says.

Scientists are a little less certain about whether birds can release gassy buildup from the mouth, though. There’s no official documentation of a bird burp (it’s not a common field of research), but most ornithologists suspect that if a bird needed to burp, it would have no trouble doing so.”Birds are able to excrete lots of things through their mouth,” says Todd Katzner, the director of conservation and field research at the National Aviary in Pittsburgh.”The fact that birds can regurgitate food for their young suggests that they can also reverse the direction of other things down there. I’d be pretty surprised if birds didn’t burp.”

Submit your science and technology questions to fyi@popsci.com.