The pilotless Loyal Wingman is designed to be a robotic team member in the sky. 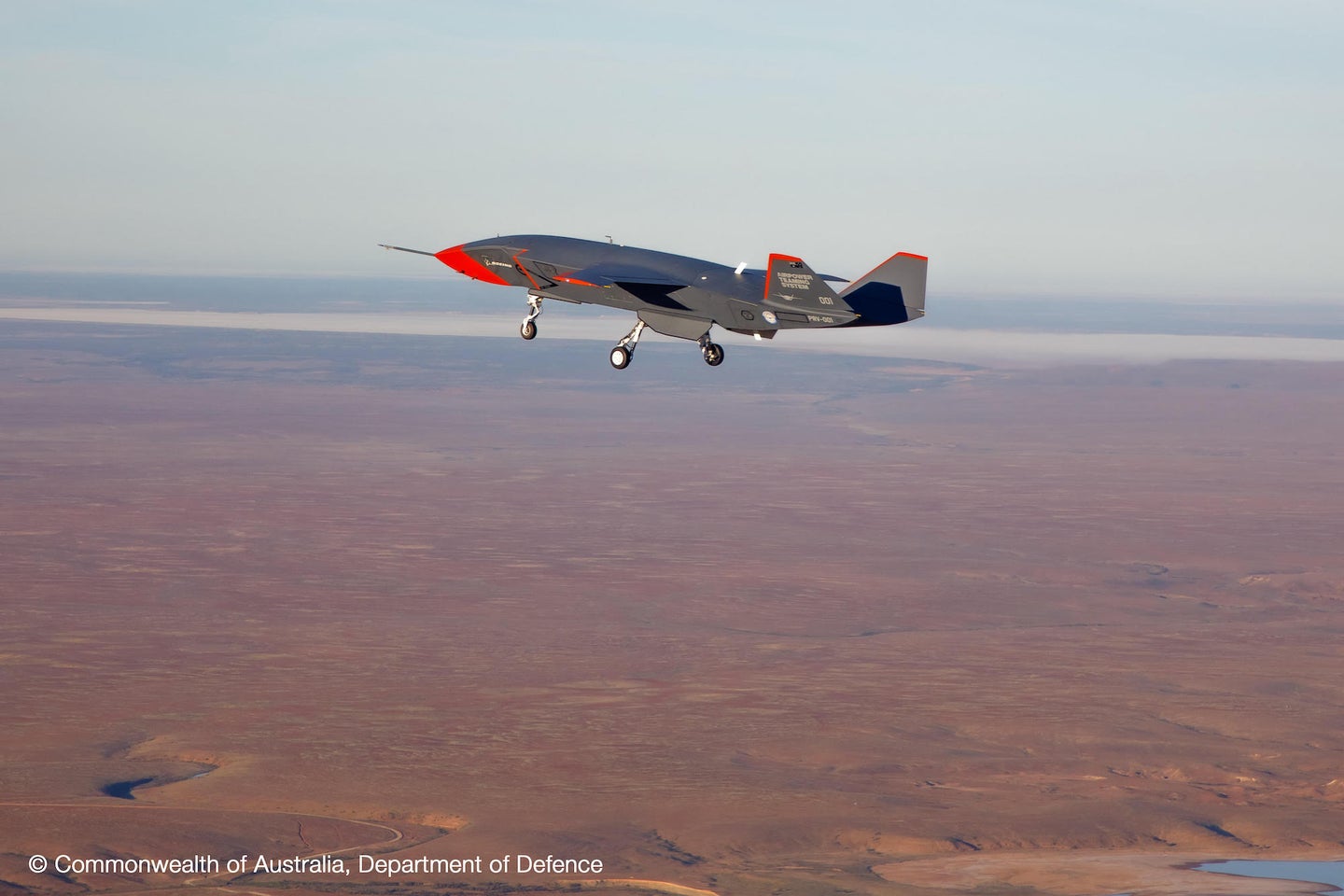 The aircraft on its first flight in Australia in 2021. Before it was called the Ghost Bat, it was known as the "Loyal Wingman". Boeing
SHARE

On February 27, a fascinating little aircraft lifted off the deck in Australia for its inaugural flight. Unlike most planes, this one had no human on board.

The test pilot in charge of the flight remained safely on the ground at a facility in South Australia called the RAAF Woomera Range Complex.

The 38-foot-long aircraft, called the Loyal Wingman, took off “under its own power before flying a pre-determined route at different speeds and altitudes to verify flight functionality” Boeing said in a statement earlier this week.

As its name suggests, the autonomous craft’s intended duty will make it a robotic ally in the sky for air forces. It could fly alongside a fighter jet or other aircraft that have actual humans on board, to protect them or amplify what they can do, or it could zoom ahead into riskier territory. Artificial intelligence will help it carry out those complex operations.

“The Loyal Wingman project is a pathfinder for the integration of autonomous systems and artificial intelligence to create smart human-machine teams,” Air Vice-Marshal Cath Roberts, of the Royal Australian Air Force, said in the statement.

We first got a look at the full-sized version of this drone in May of last year; one of its most compelling features is the 9-foot modular nose. With 52 cubic feet of space within it, the nose could carry various sensor packages for intelligence, surveillance, and reconnaissance missions. A ground crew will be able to theoretically swap the nose out to rapidly change what equipment the little bird is carrying in between flights.

Boeing also said last week that they now have six of these craft contracted to be built in total.

The Chicago-based aerospace company isn’t the only group creating uncrewed companion aircraft like this. Last year, the Air Force announced that it was contracting with multiple companies to create aircraft that could work together with manned airplanes. Called Skyborg, the program aims to “to integrate autonomous attritable UAV technology with open missions systems to enable manned-unmanned teaming.” By “attritable,” the Air Force means that it’s an aircraft designed to be lost in battle if necessary, as opposed to an expensive fighter jet like an F-35 with a pilot on board.

Besides Boeing, the other two companies working on the Skyborg program are Kratos Unmanned Aerial Systems and General Atomics Aeronautical Systems.

That’s not the only way that the Air Force has been experimenting with pairing people with more advanced tech: Artificial intelligence collaborated with a human aviator on board a U-2 spy plane flight in December.

And in the same general vein, DARPA has been pushing the envelope in this field by both exploring how algorithms can perform in a dogfight and also announcing a program designed to create drones that would drop out of another aircraft and then be capable of firing air-to-air missiles at an enemy.

Check out scenes from the Loyal Wingman’s first flight, below: