The program aims to create autonomous, fighter-jet-like craft that would deploy from the sky and then wield air-to-air weapons. 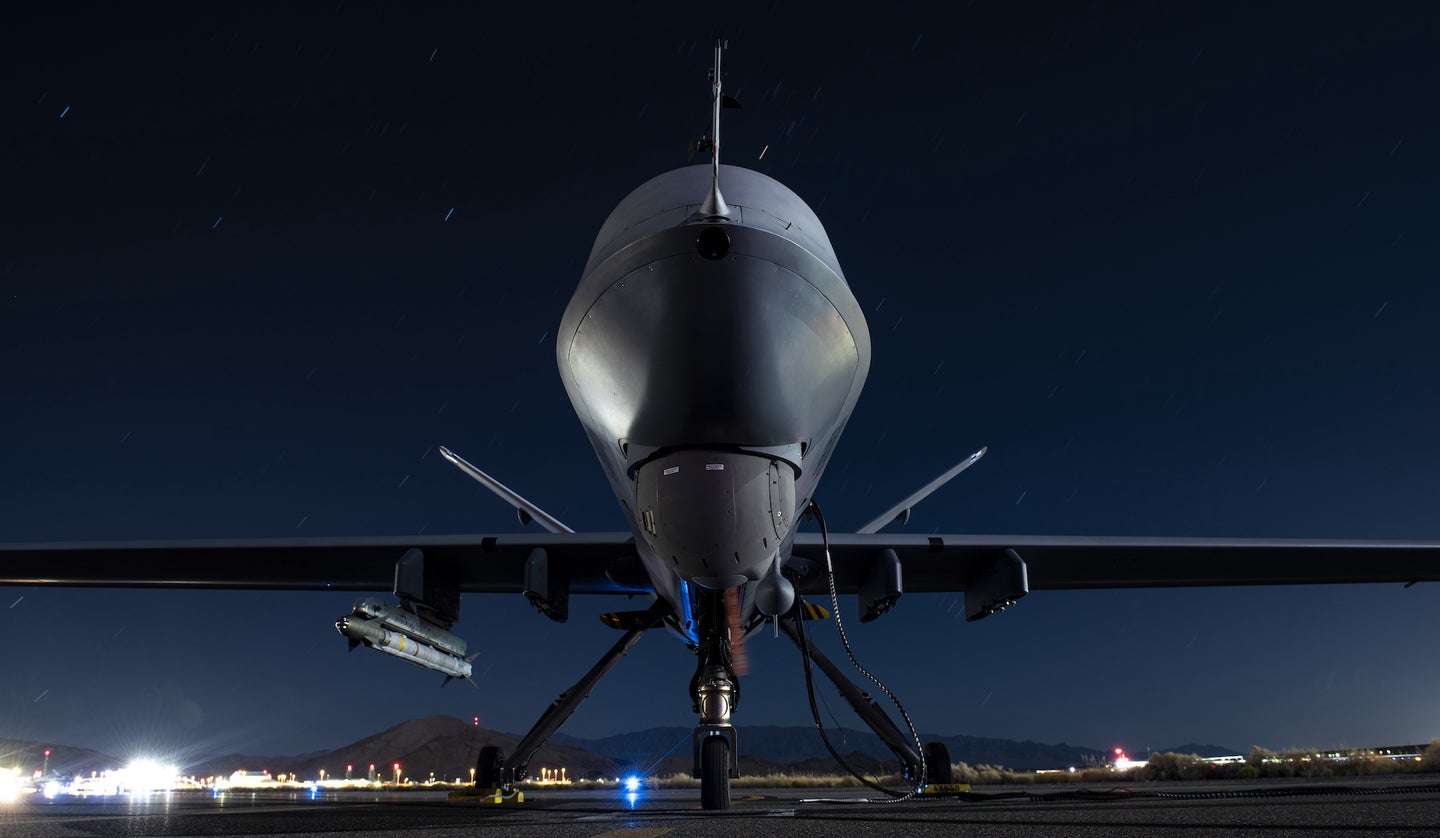 Imagine an unmanned aircraft that is able to launch its own air-to-air weapon. That agile machine would itself first deploy from a bigger, crewed airplane, meaning that the entire system would involve missiles inside a drone that detaches from an airplane—like airborne Russian nesting dolls. This is the idea behind the aptly-named LongShot project, which the Defense Advanced Research Projects Agency, or DARPA, announced last week.

Details about the project are scant, but here’s what we know about it.

DARPA said in a news release that the purpose was to create a new craft “that can significantly extend engagement ranges, increase mission effectiveness, and reduce the risk to manned aircraft.”

In other words, the system is a type of “standoff” weapon—just like a B-52 bomber deploying a cruise missile while flying outside an adversary’s airspace, it’s an approach that keeps an aircraft and its crew far away from enemy air defenses.

The drone—or UAV, which stands for unmanned aerial vehicle—that shoots the missiles would launch from a traditional aircraft. Lt. Col. Paul Calhoun, the program manager at DARPA, noted by email via a spokesperson: “The size of the LongShot UAV is meant to be compatible with existing fighter or bomber weapons stations.”

Plus, it would be more fighter-jet-like, more maneuverable, and more capable than existing drones, like Reapers. Calhoun noted: “The Reaper delivers air to ground munitions and is a propeller driven aircraft that does not have the necessary performance characteristics to be relevant in air to air combat.”

While the LongShot program does indeed sound like a tricky, long-shot endeavor, there’s both historical and current context for the idea. When Chuck Yeager flew faster than the speed of sound in 1947, he was piloting a rocket-propelled craft, the X-1, that was dropped out of a B-29 bomber. Now imagine that the X-1 was unmanned, autonomous, and capable of shooting air-to-air weapons, and you’ll get an idea of what DARPA is after.

In fact, a very close analogue comes in the form of an Air Force program called SkyBorg, which is already in progress. That ominously named initiative involves the creation of fighter-jet-like drones that can ideally execute tasks such as dogfighting or escorting other crewed aircraft to protect them or project their power. The military speaks of this idea using phrases such as “manned-unmanned teaming,” and one central concept is that the aircraft with the person on board is less at risk than the drones accompanying it or venturing ahead. (Better to lose a less expensive drone with no one on board than an $80-million fighter jet with a pilot inside it.)

SkyBorg involves three companies, which received nearly $80 million to develop autonomous fighter-jet-style drones. Those firms are Boeing (which has been working on a drone with a removable nose called the Loyal Wingman), General Atomics Aeronautical Systems, and Kratos Unmanned Aerial Systems. Calhoun, of DARPA, said that SkyBorg is separate but on their radar, and that LongShot’s goal to include a specific weapon system sets it apart: “Both programs are developing new capabilities for unmanned platforms that will work together with manned platforms in human machine teams. LongShot is focused on the delivery of an air to air weapon in particular.”

Like SkyBorg, LongShot includes three contracted companies; they are General Atomics, which is also working on SkyBorg, Lockheed Martin, which makes fighter jets like F-16s, and Northrop Grumman, which created the B-2 stealth bomber and is building the forthcoming B-21 next-gen stealth bomber, the Raider.

General Atomics, for its part, argues that drones they already make are a good starting point for a LongShot vehicle. C. Mark Brinkley, a company spokesperson, points towards their jet-powered Avenger ER drone, which has a wingspan of more than 70 feet. He noted via email: “So for projects like LongShot and others, it becomes a question of reducing the footprint of that Avenger ER to shrink its capabilities into a small UAS that can be air-launched from a larger UAS or fighter.”

DARPA said in their new release that eventually, “LongShot will construct and fly a full-scale air-launched demonstration system capable of controlled flight, before, during, and after weapon ejection under operational conditions.”