The Week In Drones: Flying Cars, Robotic Starlings, And Braaaains 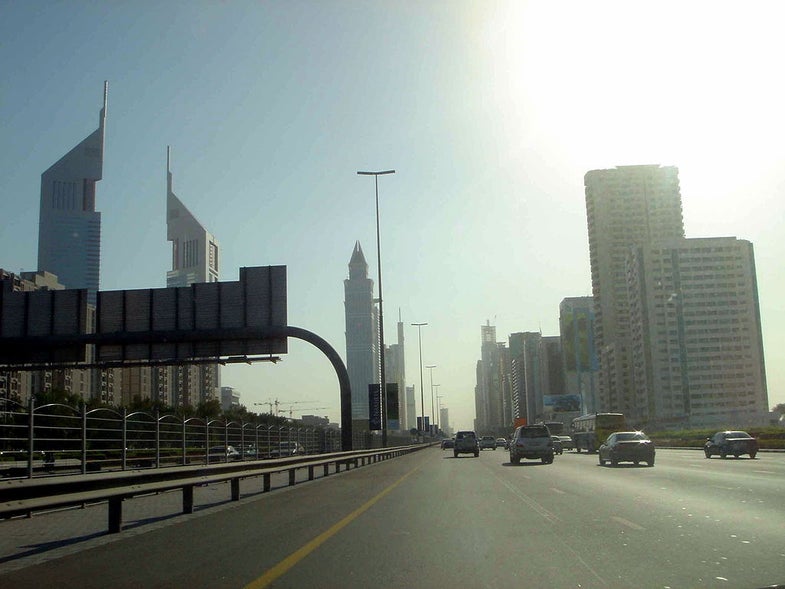 Drones On The Brain, Brains On The Drone

DARPA researchers tested a human-brain-inspired microchip on a drone. To test the new chip, researchers flew the brain-equipped drone into an unfamiliar room, and watched as the chip filtered sensory input into new data. Then, they put the drone back in the same room, and watched it navigate the space it had learned. From the MIT Technology Review :

Through the perfect layer of fog, a quadcopter flew over a bunch of old Cold War airplanes on display outdoors at an aviation museum near Berlin. The planes include the Korean War era MiG-15, Vietnam era MiG-17, a MiG-21 of the type still in use by several air forces to this day, and others. The atmosphere and age on the vehicles all speak to a bygone age of aviation.

Dubai is most known for its freakishly tall buildings that laugh in the face of man, but the city is also a big proponent of using new or odd technology in police work. According to Dubai police, a rescue drone helped save a window-washer after the scaffolding he was standing on got stuck. The “police security media drone” reportedly flew to the cleaner, who was clinging to a window in case the scaffolding fell, and rescue workers used the onboard microphone and camera to calm the cleaner, then guide him through repairing the scaffolding. The window-washer survived and is apparently without injury.

Recently, French nuclear reactors were plagued by at least 14 drone visits, as unknown people flew small remote copters near the towering atomic giants. This week, France arrested three remote control hobbyists in connection with the flights, but the evidence against them is thin, and France already released one.

Set to a metal soundtrack, the 18-inch B V1 flying car is a novel solution to the flying car concept. A quadcopter, each of its four rotors are looped by a large tire, allowing it to retain a fairly compact body and do without wings all while driving or flying wherever its remote control pilot steers it.

Flying cars aren’t for everybody. For an even more iconic aerial vehicle, look to the crowdfunded Bionic Bird project. The inventors made a smartphone-controlled winged robot that flaps through the sky like so many starlings. As Popular Science reported: