J-10B “Vigorous Dragon” Fighter Jets are a Full Set, Soon to be a Regiment

New pictures have emerged of additional production models of the J-10B “Vigorous Dragon” fighter jets, one of the latest planes... 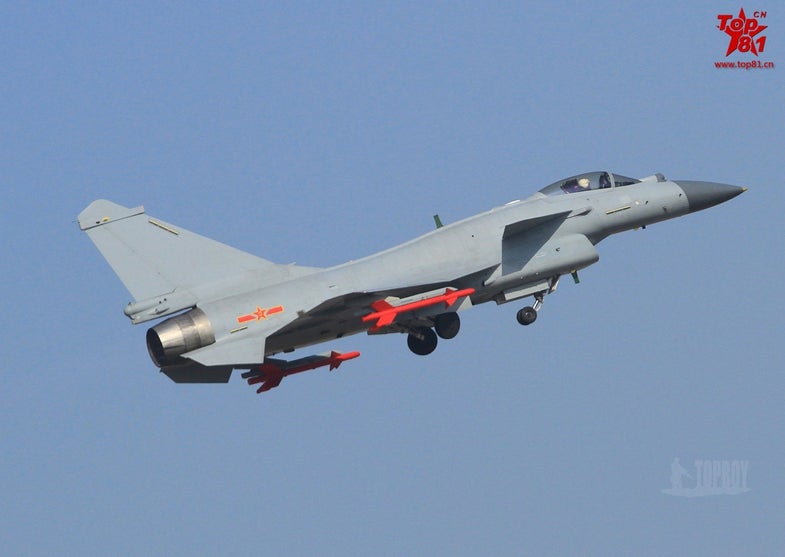 Here is a J-10B painted in operational color scheme of the PLAAF, complete with an extended refueling probe on the right side forward of cockpit. Regrettably, the angle of the photographer blocks the yellow serial number on the ventral tail, only the forward “3” can be discerned.

The J-10B differs from the original J-10A model in several ways: active electronically scanned array (AESA) radar, integrated jamming pods, IRST sensor, diverterless supersonic intake (DSI), and an uprated AL-31FN Series III turbofan engine. These upgrades give the J-10B increased engine power, infrared detection against stealthy aircraft and increased jamming capability against enemy missiles. In particular, the DSI has two advantages over traditional engine intakes: it saves weight and is more stealthy against radar. The most important upgrade in the J-10B is its AESA radar, which features a longer range, frequency hopping to foil enemy jamming and higher power to track stealth aircraft (such as the US B-2, F-22, and F-35) at long range. The J-10B also possesses a strong multirole capability– it can carry both 100km ranged PL-12 air to air missiles and LS-500J laser guided bombs on the same mission. These advanced “4.5+ generation” features places the J-10B in the same class as the F-16 Block 60 (flown only by the UAE), French Rafale, and Eurofighter Typhoon. 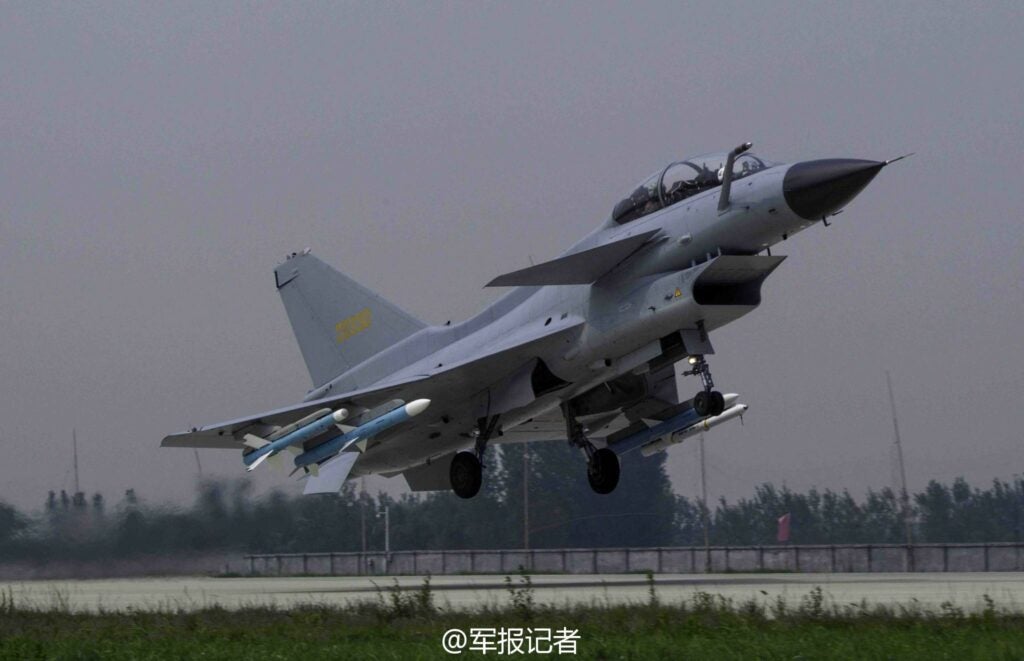 This J-10S double seated fighter PL-12 BVRAAM (the larger ones, closer to fuselage) and smaller PL-5 WVRAAM (further away from the fuselage) training rounds. The J-10A and its twin seater variant, J-10S, differ from the J-10B by having a conventional air intake, shorter nose cone, mechanically scanned pulse doppler radar, no IRST, a less powerful engine and a shorter vertical tail. 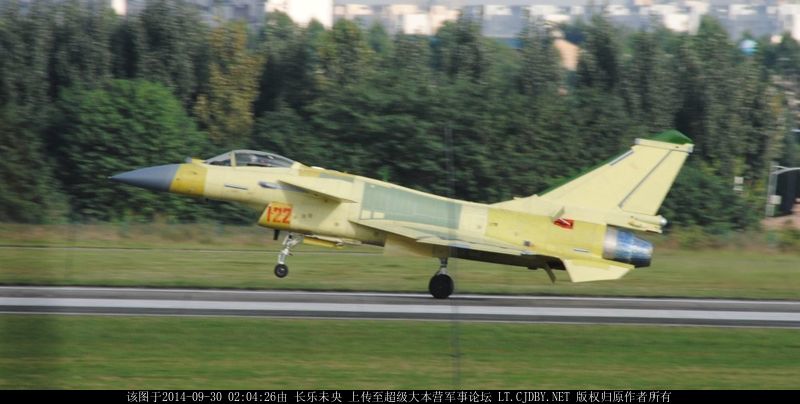 The 22nd production model of the J-10B, numbered at “122”, rolls off the production line in Chengdu. The J-10B is posed to enter operational service in the Chinese Air Force.

The “122” serial number indicates that this fighter is the 22nd J-10B fighter to be produced for the PLAAF; the highest production serial number to date is “124”. Since late 2013, Chengdu Aviation Corporation has begun serial production of the J-10B, the latest Chinese fighter, which had its first flight in 2008. There are also three prototype J-10Bs, numbered 1031, 1034 and 1035. Compared to all the other J-10s, which have Russian AL-31FN engines, Number 1035 was fitted with a domestic WS-10B turbofan engine, though the WS-10B was not adopted, likely for cost reasons and in order to streamline logistics. This is potentially significant to the international arms trade. A J-10B powered by the WS-10B would be a completely domestic Chinese fighter, thus bypassing any Russian objections J-10B exports, which could compete with the MiG-35 in foreign markets.