The recent restriction hints at a complex security situation 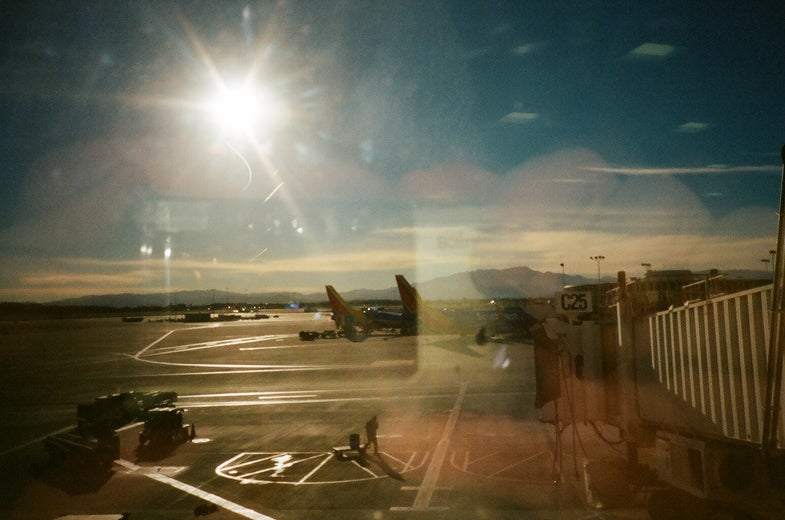 Early on Tuesday, the Department of Homeland Security confirmed a specific “security enhancement,” which restricts “large electronic devices” in the cabins of flights into the U.S. from 10 airports in the Middle East. The fear is that they might be used to smuggle explosive devices—or at least crucial pieces of improvised bombs—onto commercial aircrafts. The U.K. has adopted a similar policy, and Canada is reportedly considering doing the same. The big question, however, is whether or not relegating these devices to the cargo hold actually makes passengers safer.

The devices on the list include most devices considered bigger than the average smartphone, like laptops, tablets, e-readers, and portable DVD players. It also extends to cameras, which have a decidedly different form factor than the rest of the flat, rectangular objects on the list.

The laptop bomb isn’t a new concept. As recently as 2016, an attack on a Somali airline, was able to blow a hole in the fuselage of a commercial plane. Because the explosion happened at a relatively low altitude, the pilot was able to land with the passengers still safely aboard, despite the terrorist being ejected from the plane. In that case, it was reported that the laptop bomb was sophisticated enough to fool the X-ray machine in the security checkpoint.

According to Greg Feith, an aviation safety consultant and former senior air safety investigator for the National Transportation Safety Board, one of the key variables in the efficacy of this regulation is the checked baggage security procedure at each individual airport. “Are they selecting random bags to screen or checking every one that goes?” he asks, evoking the tragic Pan Am flight 103 crash, which happened after the explosion of a bomb built into an audio cassette player and checked with luggage. “It’s hard to know exactly why the ban is worded this way, but it will put people on alert and increase security, which itself can be a deterrent.”

The new regulation may prove effective in addressing a specific threat, it also raises some other concerns in its wake.

One major drawback to the regulation is the possible personal security risk created when passengers are forced to check devices like laptops and tablets, which often contain large amounts of personal data. The shrouded security check process can be anxiety-inducing when valuable belongings are taken behind the curtain. As someone who regularly travels with thousands of dollars in professional camera gear, the thought of having to stow it in the stomach of the plane is enough to make me reconsider my travel plans completely. Business travelers are faced with a similar quandary, having to pick up their luggage at their destination without knowing if their devices have been tampered with, lost, or even stolen. The personal data contained within those devices is often more valuable than the hardware itself.

Many of these devices on the list also contain batteries that are expressly forbidden in checked baggage by the FAA if the cells aren’t “installed” into their devices. So, if you’re going to bring an extra laptop or camera battery, it will have to go in a carry-on while the actual device rides in the cargo hold. This leaves a lot of room for error on the part of the traveler.

“The aviation industry is still trying to deal with issues of fires caused by lithium ion batteries,” says Feith. “Many cargo holds have smoke detectors or even fire suppression systems, but often just dousing it with water isn’t going to do it. Plus, it’s in an inaccessible place for the crew to try to fight the fire.”

While an incendiary event in the cargo area does pose some unique risks, Feith goes on to say that the chances of such an event are extremely slim.

Another point of contention raised by some in regards to the regulation is that smartphones are still allowed in cabins, but that seems to be a simple matter of volume. More explosive material can fit into a “large electronic device” like a laptop than into a smartphone. “Sure, you can pack a cell phone with enough explosives to do some damage,” says Feith. “But, the liquid regulations on planes went into effect after someone brought explosive liquid on a plane. They figured three ounces was enough to make a mess, but it wasn’t enough to bring down an airplane.” Similar logic applies here.

Right now, there’s no indication about when the regulation will be repealed or if it could even be expanded, and we’re not likely to get much insight there. “We will probably never know what DHS and the TSA have as far as intel,” says Feith. Ultimately, a regulation like this can have an overall effect on passenger safety, especially in the face of a specific and credible threat, but the overall cost goes beyond the boredom of an international flight endured without an iPad.