China and Russia are taking their high tech relationship to the next level, as the preliminary design for their jumbo jet will be completed by July. The C929 will be China’s ever largest civilian aircraft, and Russia’s largest post-Cold War jetliner. 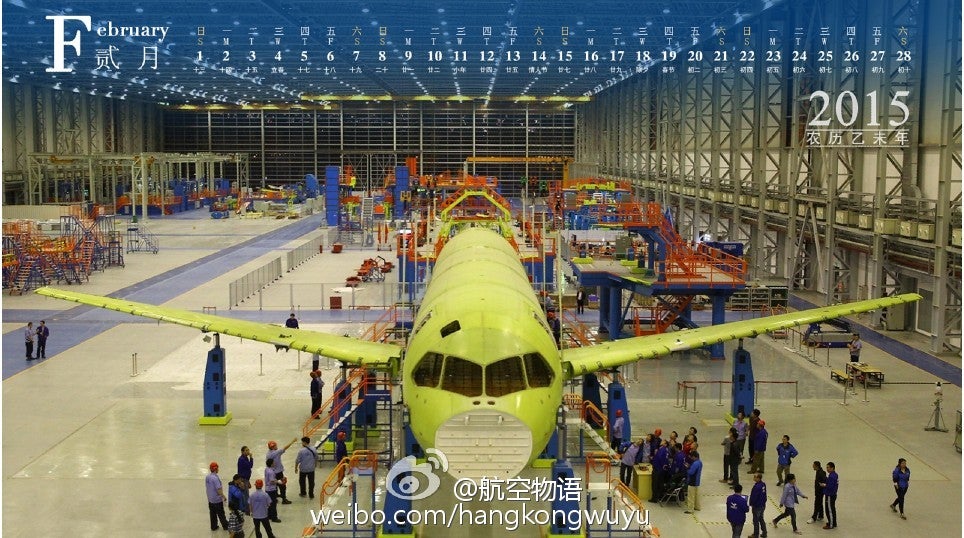 In January 2015, the C919 prototype has its wings attached to the fuselage. The C919 is China’s largest civilian aircraft, with its first flight planned in 2016. COMAC hopes that experience from developing the C919 will help in developing the larger “C929” with Russia.

The United Aircraft Corporation (UAV) and China’s COMAC civilian aviation firm have been collaborating since early 2014 to build a wide body jetliner capable of seating 250 to 280 passengers in a 3-class configuration, with a range of 12,000km. While this aircraft has not yet been named, its Chinese designation is likely to be C929 (COMAC’s 190 passenger C919 is currently China’s largest civil aircraft project). 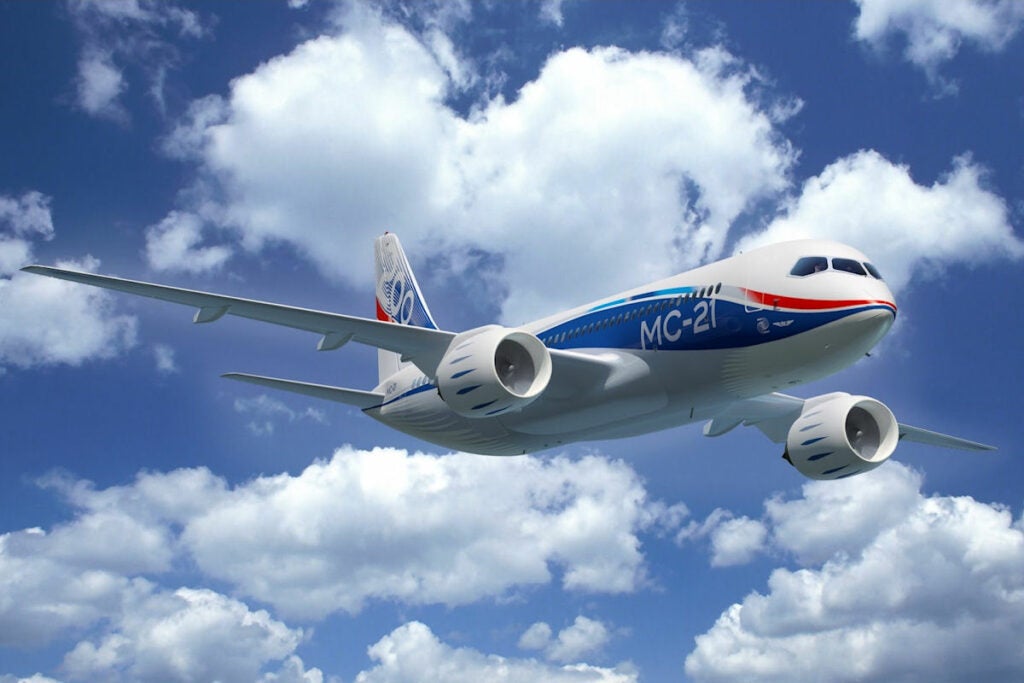 Russia has high hopes for the C929, as evidenced by the string of Russian defense and industry ministers praising the jet to the press. UAC President Yuri Slyusar said that the C929 will cost $13 billion to develop, with a first flight between 2021 and 2022. Russian Industry and Trade Minister Denis Manturov says that Chinese and Russian engineers will develop the prototype blueprints between 2016 and 2018, with a service entry date of 2025. Slyusar notes that UAC will build the composite wing and tail of the C929, while China will handle fuselage construction. To reduce costs and improve reliability, the initial C929 is likely to use Western engines from Pratt & Whitney, General Electric or Rolls Royce, though Russia’s United Engine Corporation hopes to power some C929 by 2030. Chinese technologies would likely include the use of advanced manufacturing techniques like 3D printing, not to mention funding. 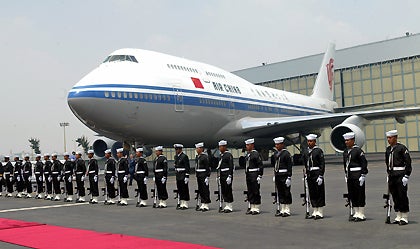 Currently, Chinese presidents charter Air China (China’s flag carrier) Boeing 747s to take them aboard, such as this visit by then President Hu Jintao to Mexico in 2005. In the future, the C929 is likely to be the first aircraft to serve as a permanent airliner for China’s future leaders.

The C929’s basic 290 passenger capacity suggests that it would have a maximum takeoff weight of about 250 tons, about the same size as the Boeing 787 or Airbus 350. On the civilian side, initial C929s may not be technologically advanced as their Western counterparts, but they would provide a lower cost alternative for airlines around the world. Likewise, a militarized C929 would be a welcome addition to China’s military aviation. A C929 in PLAAF service could serve as a refueling tanker (the similarly sized A330 MRTT is already in Australian, British, Saudi and Singaporean service) for Chinese bombers and stealth fighters. The C929 would also be more fuel efficient than Y-20 and Il-76 cargo planes, making it a longer ranged aerial command center for Chinese air operations, as well as serving as an “Air Force One” for Chinese leaders, in addition to being an airborne nuclear command post.

Not as Sexy as Stealth, but Maybe More Important: China Shows Off New Cargo Planes